Careless Insults To Religion Without Deliberate Intention To Outrage Religious Feelings Not Offence Under Sec 295A IPC : Tripura High Court 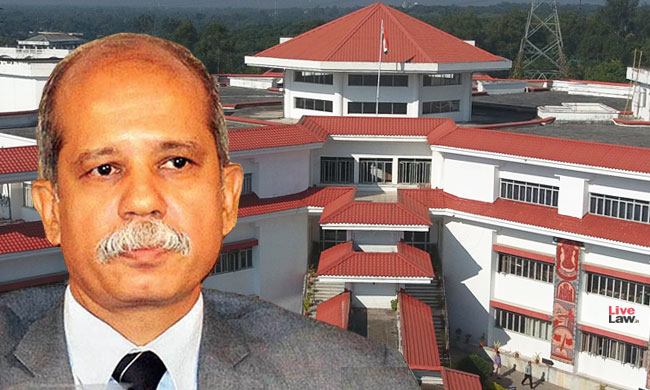 The Tripura High Court has held that insults to religion made unwittingly/ without any deliberate or malicious intention to outrage the religious feelings of a class would not amount to an offence under Section 295A of IPC. A Single Bench of Chief Justice Akil Kureshi observed, "Section 295A does not penalize any and every act of insult or an attempt to insult the religion or...

The Tripura High Court has held that insults to religion made unwittingly/ without any deliberate or malicious intention to outrage the religious feelings of a class would not amount to an offence under Section 295A of IPC.

"Section 295A does not penalize any and every act of insult or an attempt to insult the religion or the religious beliefs but it penalizes only those acts of insults or attempts which have been perpetrated with the deliberate and malicious intention of outraging the religious feelings of a particular class."

"Insults to religion made unwittingly or carelessly or without any deliberate or malicious intention to outrage the religious feelings of aclass wouldnot come within the said section".

In holding so, the Bench referred to the Section 295A which clearly states that whoever, "with deliberate and malicious intention" of outraging the religious feelings of any class of citizens of India, by words, either spoken or written, or by sings or by visible representations or otherwise, insults or attempts to insult the religion or religious beliefs of that class, shall be punished with imprisonment of either description for a term which may extend to three years, or with fine, or with both.

It also referred to the findings of a Constitution Bench of the Supreme Court in Ramji Lal Modi v. State of UP, AIR 1957 SC 620, viz.:

"S.295A only punishes the aggravated form of insult to religion when it is perpetrated with the deliberate and malicious intention of outraging the religious feelings of that class. The calculated tendency of this aggravated form of insult is clearly to disrupt the public order and the section, which penalises such activities, is well within the protection of cl. (2) of Art.19 as being a law imposing reasonable restrictions on the exercise of the right to freedom of speech and expression guaranteed by Art. 19(1)(a).

Having regard to the ingredients of the offence created by the impugned section, there cannot, in our opinion, be any possibility of this law being applied for purposes not sanctioned by the Constitution. In other words, the language employed in the section is not wide enough to cover restrictions both within and without the limits of constitutionally permissible legislative action affecting the fundamental right guaranteed by Art. 19(1)(a)."

Justice Kureshi was presiding over a petition for quashing of FIR registered against the Petitioner last year for allegedly hurting the religious sentiments of the Hindu community by insulting the Bhagvad Gita via his comments on social media.

As per the Complainant, the Petitioner-accused made untasteful and obscene comments on Hindu religion by saying that the Gita, sacred religious text is a "thakbaji Gita" and posting it on Facebook.

The Petitioner on the other hand contended that the post in question was deliberately twisted and misinterpreted by the Complainant.

He submitted that he neither had the intention nor desired to hurt the religious feelings of any community or class of citizens. He further stated that only on account of his personal beliefs, he is being targeted and falsely implicated in a criminal case.

Furthermore, it was argued that his post was in Bengali and that the complainant had misinterpreted his post, which actually meant that the Gita is a pan which fries swindlers.

The Additional Public Prosecutor however opposed the petition contending that the Petitioner had exhibited a clear intention to hurt the religious feelings by making derogatory remarks about a Holy Book. He also pointed out that this is not the only occasion on which the Petitioner has shown such tendency to hurt religious feelings and that his post must be seen in the background of his previous posts.

At the outset, the Court observed that Section 295A only punishes the aggravated form of insult to religion when it is perpetrated with the deliberate and malicious intention of outraging the religious feelings of that class.

In the case at hand it noted, there is a dispute about what exactly did the Petitioner convey through the said post. It proceeded to hold that whatever the impugned term coined by the Petitioner may or may not mean, "it certainly does not convey the meaning which the complainant wants to ascribe namely that Bhagavad Gita, is a deceitful document."

"The petitioner can hold his personal beliefs and within the framework of law can also express them, as long as he does not transgress any of the restrictions imposed by law to the freedom of his speech and expression."

At this juncture, the Additional Public Prosecutor argued that there is no such expression as the Petitioner has placed on his Facebook post.

However, the Court was of the opinion that even if this contention is accepted, it is not the role of the Court or for that matter the police to extract a meaning of a Facebook post to determine whether it is possible of any meaning or not. "It may be frivolous, it may be redundant, it may make no sense," the Judge remarked.

The Court also rejected the APP's contention that the Petitioner has a habit of insulting the Hindu religion and that his post must be seen in the background of his previous posts.

"Neither in the complaint nor before me by the State any such previous posts of the petitioner of offending nature, even if for the moment one were to presume that the present post is one, has been placed on record. Mere passing allegation of the petitioner being in habit of placing such posts, cannot be the ground for permitting a fishing inquiry."

Coming to the post by itself, the Court said, without there being any background or foreground, it is not possible for any reasonable human being with ordinary common sense and intelligence, to discern any derogatory or demeaning meaning being ascribed by the petitioner to the holy book.

"Bhagavad Gita is part of Hindu mythology of Mahabharatand it is in form of a conversation between the warrior prince Arjun and Lord Krishna when in he battle ground Arjun had serious doubts regarding theneedless destruction. A purist may not describe it as a holy book since it does not contain religious tenets. Nevertheless, it is treated as something sacred and a revered book containing Hindu scriptures.Deliberate and direct insult or derogation of such a work if otherwise done intentionally and to borrow the expressions of the Supreme Court in case of Ramji Lal Modi (supra),in order to outrage the religious feelings of the community, would undoubtedly in a given case fall with the mischief of Section 295A of IPC.In the present case,however,the words used by the petitioner and which I have reproduced for accuracy in the original Bengali script, do not convey even remotely the meaning which the complainant seeks to extract out of the expression".

Accordingly, the petition came to be allowed and the FIR was quashed.