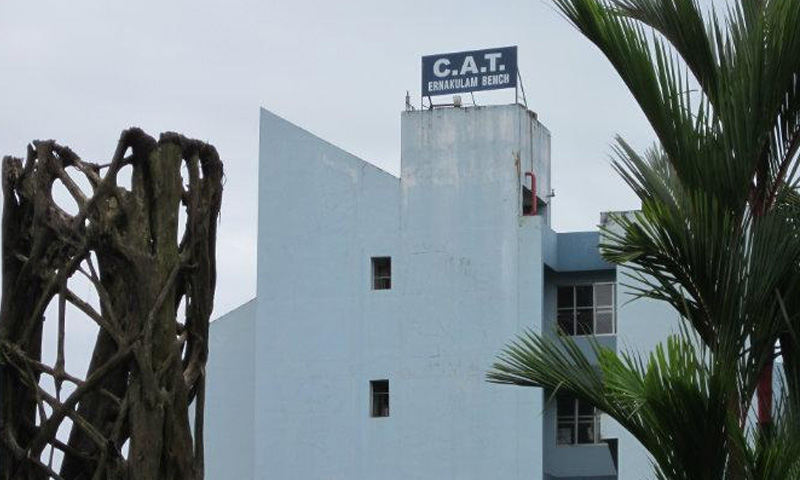 The Central Administrative Tribunal (CAT), Ernakulam Bench, has on Monday stayed the transfer and promotion of Deputy Conservator of Forests N.T.Sajan, who had made headlines previously for allegedly being associated with the prime accused in the Muttil tree-felling scam. Centuries-old rosewood trees valued at Rs. 8 crores were cut and removed without the consent or knowledge of the...

The Central Administrative Tribunal (CAT), Ernakulam Bench, has on Monday stayed the transfer and promotion of Deputy Conservator of Forests N.T.Sajan, who had made headlines previously for allegedly being associated with the prime accused in the Muttil tree-felling scam.

Centuries-old rosewood trees valued at Rs. 8 crores were cut and removed without the consent or knowledge of the Revenue Department, thereby causing a huge loss to the Government in the said case.

The State government had recently issued a set of controversial transfer orders for Indian Forest Officers that had stirred large-scale outrage in the State's Forest Department. As per the said orders, many IFS officers were transferred in a haphazard manner in violation of the Indian Forest Service (Cadre) Amendment Rules, 2014.

While staying the promotion, CAT also sought the response of the State in the matter. The Tribunal will take up the matter on Thursday for further consideration.

The applicant, represented by Advocates Girija K.Gopal and Vigy K.N, argued that as per the Rules, the Civil Services Board has to make recommendations for the appointment and transfer of cadre officers, and a cadre officer appointed to a post shall hold office for at least two years unless in the meantime he has been promoted, retired or sent on deputation outside the State for training exceeding two months.

It was also emphasised that the transfer of a cadre officer before such minimum specified period shall only be on the recommendation of the Civil Services Board under certain specified circumstances.

The applicant contended that the issuance of the impugned transfer order without any recommendation from the Civil Services Board and without adhering to any of the conditions which are mandatorily to be followed therein is legally unsustainable. The applicant has an unblemished record of service and there is nothing to indicate that there existed a situation warranting a proposal for his premature transfer, the application reads.

In fact, it was asserted that the premature transfer was for no justifiable public interest or administrative exigency, but solely due to the political pressure and influence to post Sajan (4th respondent herein).

In the application, it is brought out that although Sajan was only a Deputy Conservator of Forests and a person of doubtful integrity recommended being kept under suspension pending disciplinary action for his involvement with the prime accused in the Muttil rosewood tree felling case, he has been given full charge of the post of Chief Conservator of Forests, which is two posts above the normal line of hierarchy of his substantive post.

It was pointed out that when the transfer of a person can only be to an equivalent post, the order by which the 4th respondent is transferred outside his normal field of deployment and given full charge of a post that is higher in hierarchy by two posts and which involves higher duties and responsibilities smacks of malafides, both legal and factual.

The applicant also submitted a report dated 15.12.2021 which attests to the fact that Sajan virtually derailed the investigation in the tree-felling case, which act is highly unbecoming of a civil servant. He added that the Addl. PCCF has also recommended initiation of disciplinary proceedings for major penalty in this regard against Sajan and further to keep him away from duties.

It has been asserted that although Sajan was proposed to be suspended pending inquiry and finalisation of major penalty proceedings, the same has kept in cold storage due to his political influence.

"It is despite the afore detailed doubtful integrity of the 4th respondent, for which reason his continuance in service is itself undesirable, that he is now blessed with a "transfer" at Annexure A3 ,virtually granting him the benefit of an unmerited double promotion to the post of Chief Conservator of Forests, that too, in a field level post in which he can wield greater responsibilities and perpetrate further illegalities by coming in touch with the public," reads the application.

On these grounds, the applicant has argued that the impugned transfer order is patently illegal and arbitrary for the primary reason that the same is issued without any meeting of the Civil Services Board being convened and following the due procedure prescribed under the Rules.