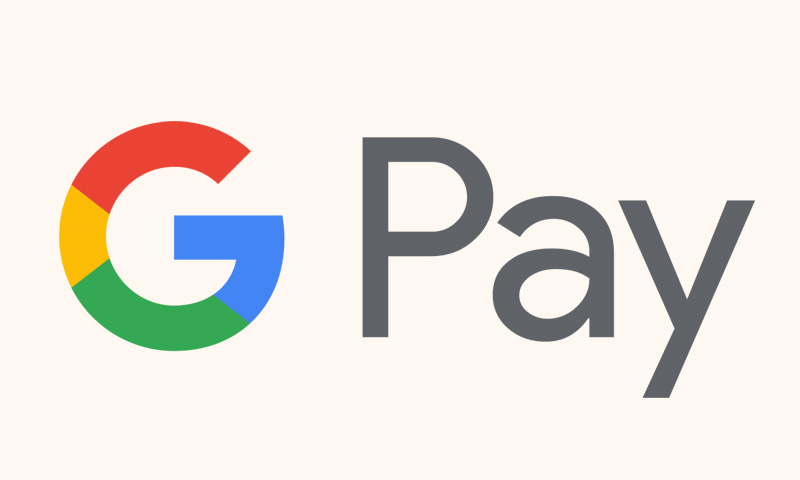 The Competition Commission of India has ordered investigation against Google Pay for alleged abuse of dominant position.The Commission expressed a prima facie view that mandatory use of Google Play store's payment system for paid apps & in-app purchases restricts the choice available to the app developers to select a payment processing system of their choice especially considering...

The Competition Commission of India has ordered investigation against Google Pay for alleged abuse of dominant position.

The Commission expressed a  prima facie view that mandatory use of Google Play store's payment system for paid apps & in-app purchases restricts the choice available to the app developers to select a payment processing system of their choice especially considering when Google charges a commission of 30% (15% in certain cases) for all app purchases and IAPs.

"Further, it is noted from one of the support pages of Google Play Store that Google Pay is the only UPI based app allowed to be used as a valid payment method . In view of the above, the Commission is of the prima facie view that said conduct of Google amounts to position of unfair and discriminatory condition, denial of market access for competing apps of Google Pay and leveraging on the part of Google, in terms of different provisions of Section 4(2) of the Act.", the commission said. It also noted that the pre-installation of GPay may create a sense of exclusivity and default as users may not opt for downloading competing apps.

The complaint before CCI in this regard raised the following issues: (a) mandatory use of Google Play's payment system for purchasing the apps & IAPs in the Play Store and (b) excluding other mobile wallets/UPI apps as one of the effective payment options in the Google Play's payment system (c) Google encourages pre-installation and opting of Google Pay as the default payment option on new smart mobile devices using the Android OS at the time of initial set up (d) Prominent placement of Google Pay on the Play Store (e) Search advertisement manipulation on the Play Store (f) Exclusivity Requirement Imposed by Google Resulted in Unfair Terms Being Imposed on Users.

A Bench headed by Chairperson Ashok Kumar Gupta has directed the Director General to conduct an investigation into the matter under Section 26(1) of the Competition Act, 2020, and conclude the same within a period of 60 days.

The order has come in a complaint filed by an anonymous Informant, alleging that through its control over Play Store and Android Operating System, Google is favouring GPay over other competing apps, to the disadvantage of both i.e. apps facilitating payment through UPI, as well as users.

It was alleged that Google mandates apps to use Play Store's payment system and GPay In-App Billing for charging their users for purchase of apps on Play Store and In-App purchases.

It was submitted that by making listing of an app on Play Store conditional on the app using Play Store's payment system and Google Play In-App Billing for charging their users, Google is imposing a "take it or leave it" condition on all app providers.

"If apps do not comply with Google's demand of using Play Store's payment system and Google Play's In-App billing, they will not be able to access more than 90% of the target users in India, which is not a feasible option for any app provider," the Informant had alleged.

The Bench, also comprised of Sangeeta Verma and Bhagwant Singh Bishnoi (Members) was also of prima facie view that mandatory use of application store's payment system for paid apps & in-app purchases restricts the choice available to the app developers to select a payment processing system of their choice, especially considering when Google charges a commission of 30% (15% in certain cases) for all app purchases and IAPs.

Further, it observed that considering that Play is the dominant source of downloading apps in the Android OS and its condition requiring use of application store's payment system for paid apps & in-app purchases, it appears that Google controls the significant volume of payments processed in this market.

"The resultant market power being enjoyed by Google due to its grip over Android ecosystem apparently resulted in 'allegedly' high commission fee of 30%.

…Such 'allegedly' high fee would increase the cost of Google's competitors and thus might affect their competitiveness vis-à-vis Google's own verticals (the fee in respect of which, in any case would be internalized). Such a policy of the application store may disadvantage its competitors in the downstream markets, such as music streaming, e-books/ audiobooks etc. If the application developers, in response, raise their subscription fees to offset these costs or remove/reduce premium/paid subscription offers for users, it may affect user experience, cost and choice. Such conditions imposed by the app stores limit the ability of the app developers to offer payment processing solutions of their choice to the users for app purchases as well as IAPs. Moreover, it also needs to be seen whether Google would have access to data collected from the users of its downstream competitors which would enable it to improve its own services. However, such competitors may not have access to this data for improvisation/innovation of their own app. This would result in a competitive advantage to Google over its competitors."

This set up, the Commission observed prima facie suggests that user experience while using Google Pay would be different / better as compared to using other UPI based apps. It said,

"This difference has the potential to shift users towards adopting Google Pay over other UPI based payment apps. Therefore, it becomes critical to examine whether such difference in the process, favoured Google Pay to the disadvantage of other competing apps."

Pre-installation and prominence of Google Pay on Android Smartphones

The Informant had alleged that Google pre-installs GPay on android mobile phones and unfairly privileges the App by prominent placement on Play Store, Android OS and Android based smartphones by skewing the search results.

The Commission has observed that pre-installation of Gpay may create a "sense of exclusivity" and default as users may not opt for downloading competing apps.

It also noted that search plays an important role in how users discover apps, and the positioning of search results is also critical as prominent placement would attract maximum user attention and clicks. Thus, positioning and displaying its own payment app favourably in response to payment related search queries on Google Play Store may potentially lead to diversion of traffic away from competing payment apps to Google's own app.

However, the Commission was of the opinion that the Informant has failed to make a prima facie case against the Company. It observed,

"Search result screenshots of the Informant and the Opposite Parties show different results suggesting that the search ranking on Play Store may be dynamic in nature. The Commission is of the view that a conclusion on preferential placement by Google, cannot rest on only one/two screenshots at a given point in time. The Informant has not placed any other information on record, corroborating the allegation, to suggest search manipulation by Google in favour of Google Pay. In such a scenario, neither any prima facie opinion can be formed on the basis of few solitary instances nor investigation be ordered on this count."

It was also alleged that that Google has rigged its featured app lists in favour of GPay by placing it in categories, such as "Editors' Choice Apps", "User Choice App of 2018" and "#Top Free app".

In relation to these allegations, the Commission has observed that manipulation of these features on/by the dominant platform, along with other self-preferencing means, may work as a potent instrument to divert traffic to its newly launched app and thus interfering with the process of 'competition on the merits'.

However, after considering the allegations holistically, the Commission concluded that except "bald assertions" made by the Informant, there was nothing on record to evidence such manipulation by Google. It thus held that no investigation can be ordered on the basis of assertions made by the Informant which are neither corroborated or otherwise substantiated in any manner.

The Informant has alleged that Google privileges GPay by displaying it as the first ad when a user searches for another app facilitating payment through UPI.

The Commission has observed that search advertisements are paid search results that allow any app to pay Google and appear on the most valued real estate of the app store. It said,

"Advertisements offer an opportunity to feature on top by making payments to the platform. Self-preferencing in search advertisements by a dominant app store and an indispensable trading partner for apps, can violate the provisions of Section 4 of the Act if it is found to be providing undue advantage to a specific app relative to other competing apps."

However, in the case hand, the Commission noted that nothing concrete has been placed on record which may warrant an investigation.

"The mere allegations in the form of screenshots which are not supported/corroborated by any other material, cannot be the basis for launching an anti-trust inquiry," it said.

It was submitted that information under the Competition Act may only be filed by a person who has "suffered invasion of his legal rights" either, "as a consumer or beneficiary of healthy competitive practices." This is to ensure that "unscrupulous people" do not "rake issues" before the Commission to target some enterprise "with oblique motives."

Dismissing this argument, the Commission held,

"Competition Act was enacted, keeping in view the economic development of the country, for the establishment of a Commission to prevent practices having adverse effect on competition, to promote and sustain competition in markets, to protect the interests of consumers and to ensure freedom of trade carried on by other participants in markets, in India, and for matters connected therewith or incidental thereto. Clearly, the Act has been conceived to follow an inquisitorial system wherein the Commission is expected to inquire cases involving competition issues in rem, rather than acting as a mere arbiter to ascertain facts and determine rights in personam arising out of rival claims between parties."

It therefore observed that the argument that information may only be filed by a person who has suffered invasion of his legal rights is not sustainable.