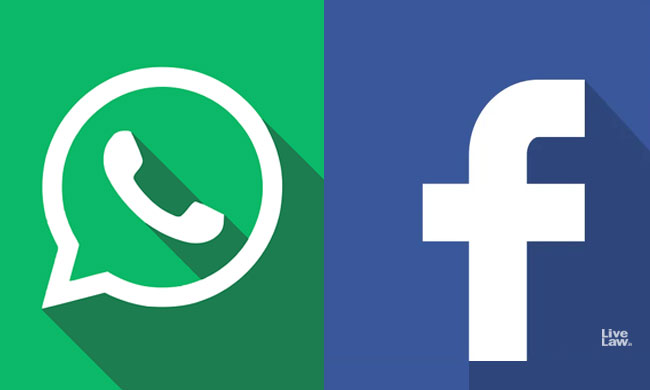 The Competition Commission of India has dismissed a plea which sought investigation against Whatsapp and Facebook for alleged abuse of dominant position by rolling out Whatsapp Pay feature.Harshita Chawla, a lawyer, had approached the Commission alleging that Facebook backed WhatsApp, is violating the provisions of Section 4 of the Competition Act, by using its dominance in the internet...

The Competition Commission of India has dismissed a plea which sought investigation against Whatsapp and Facebook for alleged abuse of dominant position by rolling out Whatsapp Pay feature.

Harshita Chawla, a lawyer, had approached the Commission alleging that Facebook backed WhatsApp, is violating the provisions of Section 4 of the Competition Act, by using its dominance in the internet based instant messaging App, is bundling its messaging App with the payment option (WhatsApp Pay) thereby using such dominance to penetrate into the UPI enabled Digital Payments App Market. She contended that, by enabling automatic installation of WhatsApp Payments App in the WhatsApp Messaging App, Whatsapp is alleged to be taking advantage of its vast userbase to popularise its newly launched Whatsapp Pay App. Therefore, she sought for an investigation against WhatsApp under the Act and directions to restrain it from continuing with 'whatsapp pay' feature.

The commission prima facie found WhatsApp to be dominant in the first relevant market i.e. 'market for OTT messaging apps through smartphones in India'. The commission observed that the essential requirements of tying are: (i) the tying and tied products are two separate products; (ii) the entity concerned is dominant in the market for the tying product; (iii) the customers or consumer does not have a choice to only obtain the tying product without the tied product; and (iv) the tying is capable of restricting/foreclosing competition in the market.

It observed that WhatsApp Messenger and WhatsApp Pay are two distinct products with different functionalities, they are in fact in two separate relevant markets. "While WhatsApp Pay is embedded in WhatsApp messenger app when it is downloaded by users on their smartphones, the consumers are at freewill to use WhatsApp Pay or any other UPI enabled digital payments app in India to make instant interbank transfers. Installation of the WhatsApp messenger does not appear to explicitly mandate/coerce the user to use WhatsApp Pay exclusively or to influence the consumer choice implicitly in any other manner, at present. Thus, the third condition does not seem to have been established.", the commission said.

The commission also agreed with Whatsapp's submission that the allegation is premature as its actual conduct is yet to manifest in the market. Also, as stated by WhatsApp, the number of users being served under the beta version is limited to less than 1% of its users in India, it noted. Dismissing the case, the commission said:

The Commission observes that Facebook and WhatsApp undeniably deal with customer sensitive data which is amenable to misuse and may raise potential antitrust concerns among other data protection issues. However, in the present case, the Informant has only alleged that WhatsApp/Facebook have access to data which they are using for doing targeted advertising. There is neither any concrete allegation, nor any specific information to support the competition concern of the Informant. In the absence thereof, there is nothing on record which the Commission can examine.