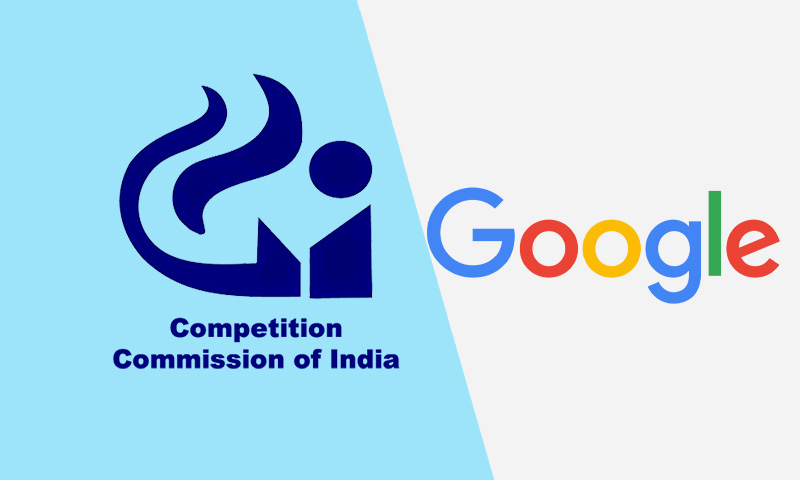 The Competition Commission of India (CCI) has imposed a penalty of Rs. 1337.76 Crore on Google under Section 27 of the Competition Act, 2002, for abusing its dominant position in multiple markets in the Android Mobile device ecosystem. The Commission has also issued a cease and desist order against Google. The Commission has laid down a slew of measures which Google has to comply with, barring it from indulging in anti-competitive practices.

Android, a mobile operating system (OS), was acquired by Google in 2005. The CCI, in its Press Release No. 55/2022-23, dated 20.10.2022, specified that it had examined various practices of Google. The said practices included Google's licensing of Android mobile operating system as well as its various proprietary mobile applications, including the Play Store, Google Search, Google Chrome and YouTube.

The Commission found Google to be dominant in all the relevant markets in India under its consideration, including the market for licensable Operating System (OS) for smart mobile devices, the app store for Android smart mobile, as well as the general web search services and online video hosting platforms (OVHP) in India.

Observing that Google operates and manages the Android OS as well as licences its other proprietary applications, including YouTube, the CCI noted that Original Equipment Manufacturers (OEMs) entered into multiple agreements, including the Mobile Application Distribution Agreement (MADA), to use the Android OS and Google's apps in their smart mobile devices.

The CCI concluded that the MADA assured that the search app, widget and the Chrome browser were pre-installed on Android devices, which accorded significant competitive edge to Google's search services over its competitors.

"Further, Google also secured significant competitive edge over its competitors, in relation to its another revenue earning app i.e. YouTube in the Android devices. The competitors of these services could never avail the same level of market access which Google secured and embedded for itself through MADA. Network effects, coupled with status quo bias, create significant entry barriers for competitors of Google to enter or operate in the concerned markets", the CCI ruled.

Further, the Commission held that the Revenue Sharing Agreement (RSA) between the OEMs and Google helped Google to secure exclusivity for its search services, to the total exclusion of its competitors.

"With these agreements in place, the competitors never stood a chance to compete effectively with Google and ultimately these agreements resulted in foreclosing the market for them as well as eliminating choice for users.", the CCI concluded.

While holding that the markets should be allowed to compete on merits and the onus is on the dominant player, i.e., Google, to prove that its conduct does not impinge the competition on merits, the CCI held that Google had perpetuated its dominant position in the online search market, which had resulted in denial of market access for the competing search apps. The CCI added that this was in contravention of Section 4(2)(c) of the Competition Act.

The CCI laid down a slew of measures, which Google has to comply with. The Commission has barred Google from forcing OEMs to pre-install a bouquet of Google applications. Further, it specified that OEMs must not be restrained to choose from amongst Google's proprietary applications, for pre-installation in the mobile devices. Also, Google is prohibited from offering any monetary or other incentives to OEMs, or from entering into any arrangement with OEMs, for ensuring exclusivity for its search services.

While noting that there were glaring inconsistencies in the data submitted by Google, the CCI imposed a penalty of Rs. 1337.76 Crore upon Google on provisional basis for violating Section 4 of the Competition Act, giving Google a time of 30 days to provide the requisite financial details.

The CCI's order came in the backdrop of a complaint filed three advocates in 2018: Umar Javed, Sukarma Thapar and Aaqib Javeed.