'Celibacy' Or 'Matrimony' Is One's Choice; Madras HC Directs Chennai Corporation To Compensate Man Forced To Remain Unmarried Due To An Accident[Read Judgment] 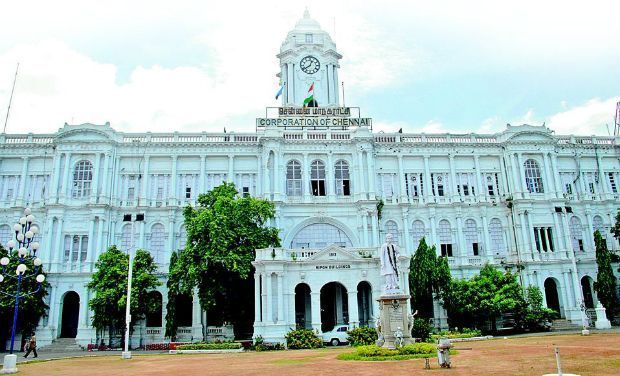 In a sharp blow to the Corporation of Chennai, the Madras High Court directed it to pay compensation worth Rs. 63,26,000 with interest to a 26 yrs old man, for depriving him of marital pleasure, in addition to other grievances, by rendering him physically disabled in an accident. The court recognized that accidents were a source of human rights and fundamental rights violations and...

In a sharp blow to the Corporation of Chennai, the Madras High Court directed it to pay compensation worth Rs. 63,26,000 with interest to a 26 yrs old man, for depriving him of marital pleasure, in addition to other grievances, by rendering him physically disabled in an accident.

The court recognized that accidents were a source of human rights and fundamental rights violations and said that is the duty of the Government to see that the rights of citizens are protected.

"As an eligible normal human being, he would have got married and would have enjoyed marital bliss. As already pointed out, the 3rd respondent is compelled to remain as a bachelor against his wish, as no lady would marry a person with paraplegia, depriving him of marital pleasure and bliss. Forced abstinence is nothing but violation of third respondent's human right. Forced abstinence has nothing more than negative consequences on the health of such a man."

The Single Judge of the high court passed an order in favour of the Respondent, granting him compensation worth Rs. 5,00,000/-. Hence, the present appeal was preferred.

In appeal, the Appellant-Corporation contended that the accident occurred while a contractor was trying to remove the pole. Further, it said that the accident had occurred on account of Respondent's own negligence who was inattentive and was speaking over cell phone instead of walking on the platform, despite of cautioning made by the employees of the contractor.

"Any work performed in a public place, especially when people are passing through, should be done with proper precaution, after placing appropriate warning boards. It is not the case of the appellant in the counter affidavit that they took precaution by putting up warning boards informing the public about the work done at the spot. Therefore, the appellant failed to take precaution and warn the public about the ongoing work by placing sign boards," the court said.

The court concurred with the Respondent's grievance that the Corporation's actions had forced him to remain a bachelor since no woman would marry a man who was bound by a wheelchair. Noting that freedom to choose between celibacy and marriage was a fundamental right, the bench said,

"He or She can choose either "celibacy" or "matrimony" according to one's own wish. Nobody can be compelled either to undertake celibacy or to get into matrimony and if it is done, it will be violation of fundamental right guaranteed under Article 21 of Constitution of India, apart from the basic human right."

Accordingly, the court granted him a sum of Rs. 2,50,000/- towards loss of marital prospects & bliss.

The Respondent had also lost his job, given the nature of injury. While assessing his income, the court applied the principles for calculation income on future prospects as prescribed by the high court in National Insurance Company Limited v. Pranay Sethi & Ors., 2017 (2) TN MAC 609 (SC), and ascertained his monthly income. Further calculating his income for 17 years on the basis of law laid down by the court in Sarla Verma & Ors. v. Delhi Transport Corporation & Anr., 2009 (2) TNMAC 1 (SC), the high court granted him a sum of Rs. 28,56,000/- towards loss of income.

In aggregate, the court granted him compensation worth Rs. 63,26,000/- for pain and suffering, loss of amenities and other medical expenses, in addition to the above.