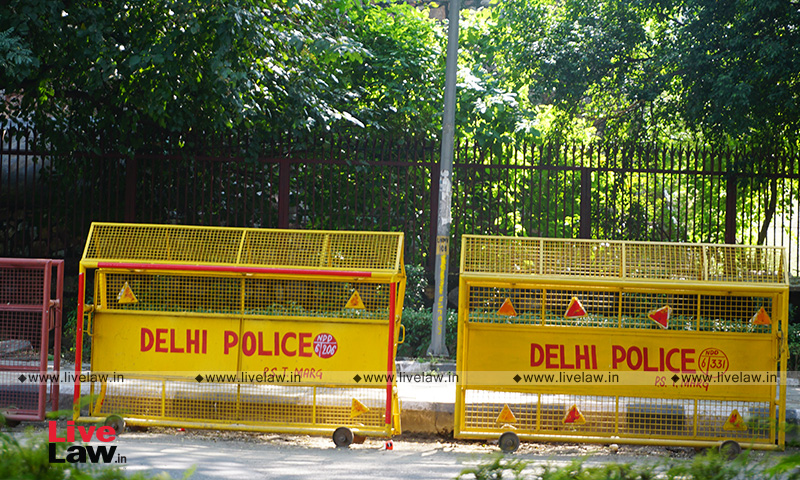 The Delhi High Court recently rejected the argument set forth by an official of the Delhi Police that the corruption allegations levelled against him cannot be investigated by the Anti Corruption Branch of the Delhi government for the reason that the agency falls under the Ministry of Home Affairs.

In doing so, Justice Jasmeet Singh relied on Anil Kumar v. GNCT of Delhi where it was held that since the Delhi Police personnel serve the citizens in the national capital and the functions of the agency substantially and essentially relate to the affairs of Delhi, the Anti-Corruption Branch of Delhi government has the jurisdiction to entertain and act on a complaint under the Prevention of Corruption Act in respect of a Delhi Police officer, and to investigate and prosecute the crime.

"Any official of the Central government accused of corruption cannot get away with the mere technicality of the Anti Corruption Branch not investigating them. When a complaint is made to an authority in charge, it is the duty of that authority to duly investigate and look into the said allegations. They may after due diligence, transfer the matter to the concerned authority to look into the same but they have the right to investigate the same at the time of lodging of the complaint."

The Court was dealing with a petition filed by a Sub Inspector in Delhi Police accused of taking bribery, seeking quashing and setting aside of the order on charge passed by Special Judge (PC Act) in which charges under sec. 7, 13(1)(d) and 13(2) of the Prevention of Corruption Act were framed.

The complainant in the matter had applied for an Arms licence and it was alleged that the petitioner visited his residence for inquiry regarding the same.

It was further submitted in the complaint that the petitioner asked the complainant to pay a bribe of Rs. 20,000 for sending his report for grant of Arms licence and after some negotiation the petitioner reduced the amount to Rs. 10,000. The complainant, thus, handed over a sum of Rs. 1,000 to the petitioner, recorded the conversation and provided a CD of the same later on.

It was thus alleged that the petitioner contacted the complainant to meet him for collecting the remaining balance amount of Rs. 9,000.

Subsequently, on personal search of the petitioner, 10 GC notes of denomination of 500 and 4 notes of Rs. 1,000 amounting to a total of Rs. 9,000 were recovered from his right hand and the serial number of the recovered currency notes tallied with the serial numbers noted in the pre- raid proceedings. During investigation, the petitioner was interrogated and an FIR was lodged against him.

The petitioner had approached the Court on the ground that he was exonerated in departmental proceedings and according to the judgment of the Supreme Court in Ashoo Surendranath Tewari v. The Deputy Superintendent of Police, criminal proceedings cannot continue against him.

The Court noted that the complainant himself deposed during the departmental enquiry that he offered a bribe for his timely verification and the petitioner herein declined it.

"The recording of the demand and subsequent filing of FIR by the complainant seems vitiated and not reliable under circumstances discussed above," the Court said.

However, rejecting the petitioner's argument that since he was a Sub Inspector in Delhi Police, the Anti-Corruption Branch of Delhi Government would have no jurisdiction to investigate the offence, the Court observed thus:

"…..the argument of the petitioner that the ACB would not have jurisdiction to investigate into his case on the basis of a complaint made to them, cannot be sustained. Any official of the Central government accused of corruption cannot get away with the mere technicality of the Anti Corruption Branch not investigating them."

The Court allowed the plea after opining that the petitioner was exonerated in departmental proceedings and further there was no substantial material on record to show the need to continue the criminal proceedings against him.

"…the petition is thus allowed and the order of charge dated 10.03.2021, passed by learned Special Judge (PC Act) CBI, Rouse Avenue Courts, Delhi, and all subsequent proceedings emanating therefrom are hereby set aside," the Court ordered.