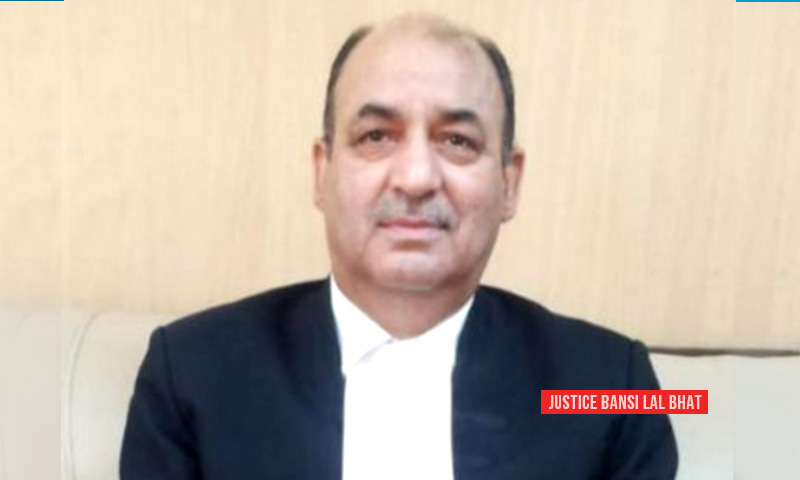 The Central Government has extended the term of (Retd.) Justice Bansi Lal Bhat as the Chairperson (Officiating) of the National Company Law Appellate Tribunal (NCLAT), for three months.

Recently, the Delhi High Court had issued notice to the Ministry of Corporate Affairs and the Registrar of NCLAT in a plea challenging his appointment as such. The Petitioner, Advocate Fozia Rahman, is aggrieved by the fact that the Central Government has not appointed the senior most member of the NCLAT as its officiating Chairman.

As per NCLAT's website, Justice Bhat enrolled as an Advocate with the Bar Association of Srinagar in 1975 after obtaining his law degree from the University of Kashmir. He practiced in Civil, Criminal and Revenue Courts until selection in KCS Judicial in 1982.

He was promoted as a Sub Judge in June 1989 and served as the CJM, Jammu till his induction in the Higher Judicial Service in August 1999, whereafter he served as Principal District and Sessions Judge in both Jammu and Srinagar besides at Poonch, Reasi and Kathua.

He was made a permanent judge of the J&K High Court in September 2014 and was appointed as the President of J&K State Consumer Disputes Redressal Commission in December, 2016; but had to resign after 19 days as he was appointed as Judicial Member in the newly set up Armed Forces Tribunal, Regional Bench Srinagar at Jammu. Later, in 2017, he resigned from the position after being appointed as Judicial Member of National Company Law Appellate Tribunal, New Delhi on October 17, 2017.