The Ministry of Road Transport and Highways has extended the validity of documents like driving licenses, permits and registration that expired since February 1. In an advisory to all states and Union Territories, the Ministry has asked them to treat such documents as valid till June 30.

"... for the requirements of the validity of the documents under the Motor Vehicles Act, 1988 and Central Motor Vehicles Rules, 1989 it is advised that the validity of Fitness, Permit (all types), Driving License, Registration or any other concerned document (s) whose extension of validity could not or not likely to processed due to lock-down and which have expired since 1st of Feb, 2020 or would expire by 30th of June 2020, the same may be treated to be valid up till 30th of June 2020. Enforcement authorities are advised to treat such documents valid till 30th of June 2020.", the advisory said.

The decision was taken to facilitate people facing difficulties in renewing the validity of various motor vehicle documents due to nationwide lockdown in the country and closure of government transport offices.

The documents include fitness, permits (all types), driving licence, registration or any other concerned document under the Motor Vehicle Rules.

The Government has also directed that the "Non-use clause facility" be invoked to suspend the tax liabilities of transport vehicles that are not being used during the lockdown. In this regard, the advisory states,

"Non-use clause facility" for transport vehicles for suspension of tax liability, which is operational in a number of states and the facilities is being provided by NIC on the VAHAN platform online, may be adopted by other states to give relief to commercial vehicles like tax, buses etc. which are non-operational under the current circumstances."

The ministry has requested all states to implement the advisory in "letter and spirit" so that the people and transporters and organisations rendering essential services do not get harassed and face difficulties. 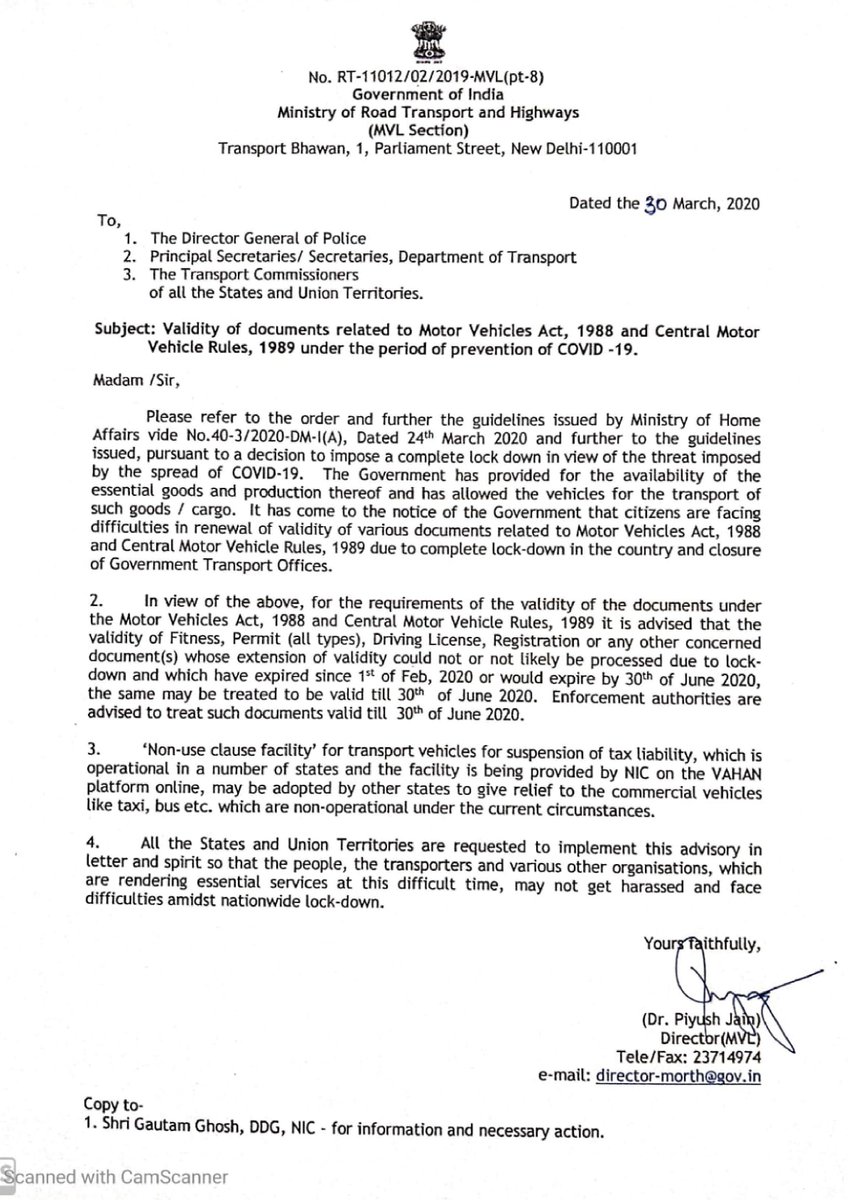