No Clarity On Pay & Tenure Of Information Commissioners, As Centre's Notification Is Silent 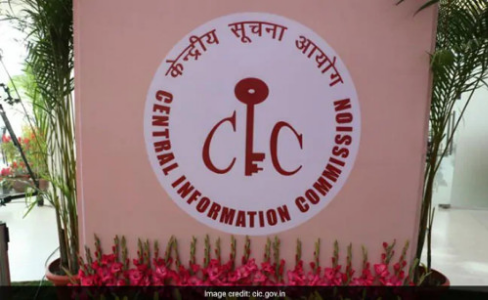 The DoPT notification seems to be in tune with the proposed RTI amendment to take away the statutory protection to the salary and tenure of Information Commissioners.

Curiously, reference to the pay and tenure of the Information Commissioners is conspicuous by its absence in the notification.

The notification issued by the Department of Personnel on Training(DoPT) on January 4 states : "The salary, allowances and other terms and conditions of service of the Information Commissioner shall be as may be specified at the time of appointment of the selected candidate".

This is in deviation from the standard practise of specifying the pay, tenure and other service conditions of the post in the vacancy notification.

In this regard, it may be noted that there is a move to amend the Right to Information Act to give Central Government the power to specify the pay, tenure and service conditions of Information Commissioners.

As the reason for the amendment, the bill states, "the mandate of Election Commission of India and Central and State Information Commissions are different. Hence, their status and service conditions need to be rationalised accordingly".

The DoPT notification seems to be in tune with the proposed RTI amendment to take away the statutory protection to the salary and tenure of Information Commissioners.

The Bill was prepared without any public consultation.Though speculations were rife that the Bill would be tabled in the Monsoon session, it did not happen.

Union Minister of Personnel, Public Grievances and Pensions Dr.Jitendra Singh said on December 13 that a notice of intention to introduce the Bill in Rajya Sabha has been given. When CPI leader D Raja asked in Rajya Sabha why no public consultation was held on the Bill, the Minister responded "as the proposed amendments do not involve any social or financial costs which would have necessitated any consultative process outside the Government".

RTI activists Aruna Roy, Anjali Bharadwaj, Shailesh Gandhi and Nikhil Dey have pointed out that giving executive the power to fix the pay and tenure of Information Commissioners through rule-making will weaken the institution, as it will leave Commissioners at the mercy of the Government. The amendment is contrary to the well-established practise of protecting the terms of service independent statutory oversight bodies, like Central Vigilance Commission and the Lokpal by equating them to constitutional functionaries such as Election Commission, they said.

Aggrieved by the delay in filling up the vacancies in CIC and State Information Commissions, a PIL was filed in the Supreme Court last July by transparency activists Anjali Bhardwaj, co-convenor of the National Campaign for Peoples' Right to Information (NCPRI); Commodore Lokesh K Batra (Retd); and Amrita Johri, a member of NCPRI.

The vacancies have led to huge pendency of appeals, with about 27,000 cases pending in the CIC itself.

On December 2, Prashant Bhushan, counsel for the petitioners, informed the Court that the CIC was functioning with only three ICs, and that there were eight vacancies, including that of the Chief Information Commissioner. As per the RTI Act, the CIC is comprised of a Chief and upto 10 information commissioners. The former CIC R K Mathur and IC Sridhar Acharyulu had retired last November. Besides, several posts are lying vacant in SICs across the country, Bhushan informed the Court.

This led the Court to direct the Centre to file a status report. On December 13, the Centre informed that it had notified four vacancies (out of the total eight) in CIC. In that notification as well, there was no mention regarding the pay and tenure. This aspect was pointed out to the Court by Bhushan. The Court directed the Centre to carry out appointments by maintaining transparency.

The bench comprising Justice AK Sikri, Justice S. Abdul Nazeer and Justice R. Subhash Reddy had also directed the Centre as well as States to disclose information pertaining to shortlisted candidates and the criteria being following for appointments to the CIC as well as the State Information Commissions, on their respective websites.

The notification issued by the DoPT on Friday seeks to fill up the remaining four vacancies in CIC. Applications can be submitted till January 25.

Anjali Bhardwaj, one of the petitioners in the SC, termed the DoPT advertisement "defective" for not specifying salary and tenure.  "Why would eminent people apply without knowing salary & tenure? Seems that they want only pliant people to apply", she commented in Twitter.