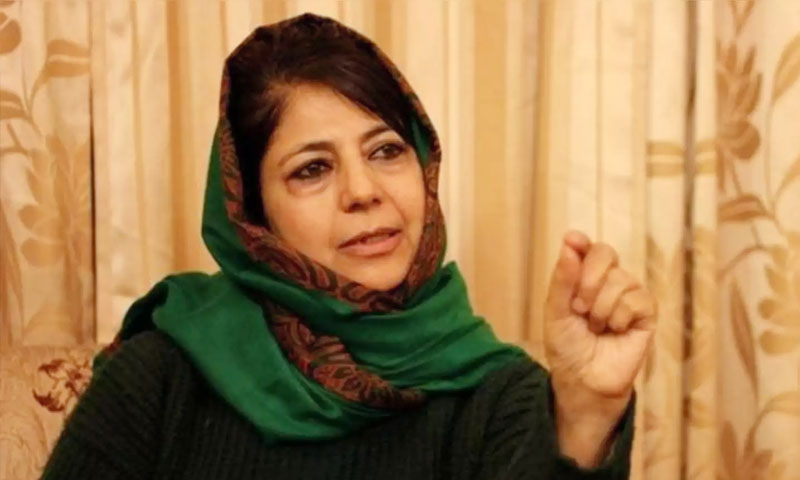 The Central Government today informed the Delhi High Court that intends to seek transfer of the plea filed by former Chief Minister of Jammu & Kashmir, Mehbooba Mufti, challenging the vires of the Prevention of Money Laundering Act, 2002 (PMLA), to the Supreme Court.

Solicitor General Tushar Mehta informed the Bench led by Chief Justice DN Patel that a similar matter is already pending before the Supreme Court and therefore, to avoid "multiplicity of proceedings" the Government will file an application seeking transfer of Mufti's plea.

"One of the issues is related to legality of Section 50 (Powers of authorities regarding summons, etc.) of PMLA . It is assigned to a special bench headed by Justice Khanwilkar. We want to avoid duplication," the SG said.

ASG SV Raju also submitted that in view of the judgment in DK Trivedi & Sons & Ors. v. State Of Gujarat & Ors., when a matter is pending before Supreme Court, the High Court has to "lay its hands off".

SG Mehta insisted that if one High Court entertains a petition which is already pending before the Supreme Court, various accused will move the High Court and seek interim orders.

Accordingly, the matter has been adjourned to September 30.

Mufti had challenged the vires of Section 50, and incidental provisions of the Prevention of Money Laundering Act, 2002 for being "unfairly discriminatory, bereft of safeguards, and violative of Article 20(3) of the Constitution" and has cited various judgments laid down by the Supreme Court in different cases.

She had also claimed in her petition that she received the summons on her personal email ID from the official email ID of the Assistant Director, Enforcement Directorate on Mar 5 under Sections 50(2) and 50(3) of the PMLA and that it refers to an annexure which "has not been sent to her, and therefore she is not aware of its contents."