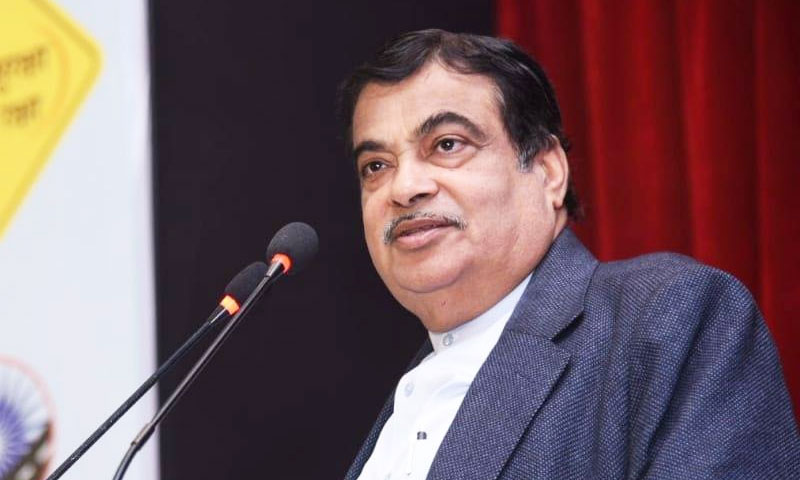 Justice AS Chandurkar held that the said election petition was liable to be rejected under provisions of Order VII Rule 11 (a) of the Code as there was absence of complete cause of action for declaring the election of the returned candidate to be void under Section 100(1)(d)(iv) of the said Act.

According to the petitioner who was also a candidate in the said election, on account of non-compliance with various statutory provisions, the election of the returned candidate is liable to be declared as null and void.

Moreover, the petitioner pleaded that even according to the Election Commission one to two percent of electronic voting machines were either defective or non-functional and "if such defect went undetected, the same would affect about 36,000 votes."

Senior Advocate Sunil Manohar appeared on behalf of Nitin Gadkari and Barun Kumar for the petitioner.

An application was filed on behalf of Gadkari under the provisions of Order VII Rule 11 of the Code of Civil Procedure, 1908 seeking dismissal of the election petition on the ground that there is the non-disclosure of any cause of action for seeking a declaration as to the voidness of his election. It was also stated that there is the absence of material facts being pleaded in the election petition to indicate that the result of the election was materially affected insofar as it concerned the returned candidate.

After examining submissions of both parties, Court referred to the provisions of Section 83 (1) (a) of the said act which states that an election petition should contain a concise statement of material facts on which the petitioner relies.

In Samant N. Balkrishna and another Vs. George Fernandes and others, AIR 1969 SC 1201, it has been held that the provisions of Section 83 of the said Act are mandatory in the sense that as there is a requirement of pleading a concise statement of material facts in the election petition, the omission of a single material fact would lead to an incomplete cause of action and the statement of claim would thus become bad.

Moreover, Justice Chandurkar cited apex court's judgement in Ram Sukh Vs. Dinesh Aggarwal AIR 2010 SC 1227. It was held that by virtue of the provisions of Section 87 of the said Act, the provisions of the Code of Civil Procedure applied to the trial of an election petition and therefore in absence of anything to the contrary in the said Act, the Court trying the election petition could act in exercise of its power under the Code including Order VI Rule 16 and Order VII Rule 11 of the Code.

Finally, Court referred to a single judge decision in Bita w/o Ghanshyam Ramteke Vs. Nanaji Sitaram Shamkule, 2010, wherein the importance of proper verification of the averments in an election petition was considered. However there was no pleading with regard to any specific act or omission so as to describe tampering of the electronic voting machines. It was thus observed that merely by stating that the relevant averments in the election petition were based on "personal knowledge" and failure to give the factual matter would amount to failing to give and plead necessary and material facts as regards the grounds on which the declaration of the results was challenged. It was further observed that the challenge to an election could not be based on conjunctures and since there were no pleadings to indicate that the result of the returned candidate had been materially affected, the Court proceeded to reject the election petition under the provisions of Order VII Rule 11(a) of the Code.

"Thus merely on the pleadings that the Returning Officer did not send any report to the Election Commission on the ground that the total votes polled did not tally with the total votes mentioned in Form 17 C, the same does not take the case of the election petitioner any further.

Thus, it was held that the election petition is liable to be summarily dismissed without a trial.