Challenge Under Section 17 Of The SARFAESI Act Against Action Taken By Secured Creditor, Would Not Bar Arbitration Proceedings: Delhi High Court 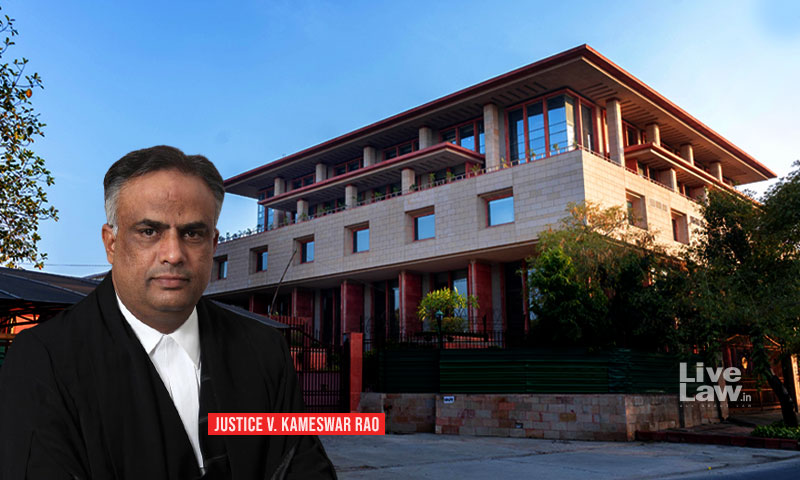 The Delhi High Court has reiterated that arbitration proceedings and proceedings under the Securitisation and Reconstruction of Financial Assets and Enforcement of Security Interests Act, 2002 (SARFAESI Act) can go hand in hand. The single bench of Justice V. Kameswar Rao held that even if a party intended to take action under Section 17 of the SARFAESI Act by filing a petition...

The Delhi High Court has reiterated that arbitration proceedings and proceedings under the Securitisation and Reconstruction of Financial Assets and Enforcement of Security Interests Act, 2002 (SARFAESI Act) can go hand in hand.

The single bench of Justice V. Kameswar Rao held that even if a party intended to take action under Section 17 of the SARFAESI Act by filing a petition before the Debt Recovery Tribunal (DRT), to challenge the action taken by the secured creditor under Section 13 (4) of the SARFAESI, that would not bar the initiation of arbitration proceedings by the secured creditor.

The petitioner- Hero Fincorp. Limited, advanced loan facilities to respondent no. 1- Techno Trexim (I) Pvt. Ltd., in terms of the Master Facilities Agreements and Supplementary Agreements executed between the parties. Deeds of Guarantee were also executed by respondent no. 2 to 7, guaranteeing the loans advanced to respondent no.1. After the respondents failed to repay the loan amount, the petitioner invoked the arbitration clause and filed a petition under Section 11(5) of the Arbitration and Conciliation Act, 1996 (A&C Act) before the Delhi High Court, seeking appointment of an arbitrator.

The respondent argued that it intended to challenge the proceedings initiated by the petitioner before the Debt Recovery Tribunal (DRT) under Section 17 of the SARFAESI Act. Thus, it contended that the DRT had the exclusive jurisdiction to decide the issues relating to the alleged outstanding dues. It added that under Section 34 of the SARFAESI Act, the jurisdiction of the Civil Court is barred in relation to all matters in which DRT has jurisdiction. Relying upon the decision of the Apex Court in Vidya Droliya versus Durga Trading Corporation (2020), the respondent submitted that the claims of banks and financial institutions, covered under the Recovery of Debts and Bankruptcy Act, 1993, are non-arbitrable as there is a prohibition against waiver of jurisdiction of DRT by necessary implication.

Therefore, the respondents contended that the dispute raised by the petitioner was not arbitrable and that the invocation of arbitration cannot undermine the statutory rights of the respondents to seek remedies available under the SARFAESI Act.

The respondent no.2- 4/ guarantors submitted that proceedings under the Insolvency and Bankruptcy Code, 2016 (IBC) were instituted against them by the Union Bank of India before the NCLT, and that an interim moratorium under Section 96 of IBC was in place. Therefore, it averred that no legal proceedings could be initiated against them till the time such interim moratorium was in place.

The Court noted that the petitioner-Hero Fincorp, being a Non-Banking Financial Company (NBFC), has not been notified by the Central Government under the provisions of the RDB Act; therefore, the proceedings under the RDB Act cannot be initiated by the petitioner. Thus, it ruled that the decision of the Supreme Court in Vidya Droliya (2020), to the effect that claims of banks and financial institutions come under the RDB Act and are thus not arbitrable, was not applicable.

The bench observed that in M.D. Frozen Foods Exports Pvt. Ltd. versus Hero Fincorp Ltd. (2017), the Apex Court had ruled that the provisions of the SARFAESI Act provide a remedy in addition to that provided under the A&C Act. The Supreme Court had held that while SARFAESI proceedings are in the nature of enforcement proceedings, arbitration is an adjudicatory process. Further, it had ruled that in the event the secured assets were insufficient to satisfy the debts, the secured creditors can proceed against other assets in execution against the debtor, after determination of the pending outstanding amount by a competent forum. Thus, the Supreme Court had laid down that the two Acts provided cumulative remedies to the secured creditors and that the SARFAESI proceedings and arbitration proceedings can go hand in hand.

The bench concluded that even if the respondent intended to take action under Section 17 of the SARFAESI Act by filing a petition before the DRT, that would not bar the initiation of arbitration proceedings by the petitioner/ secured creditor.

"I find that even the Supreme Court in the case of Vidya Droliya (supra) in paragraph 35 while referring to M.D. Frozen Foods Exports Pvt. Ltd. (supra) and Indiabulls Housing Finance Ltd. (supra) held that even prior arbitration proceedings are not a bar to proceedings under the NPA Act (SARFAESI Act) as it sets out an expeditious procedural methodology enabling the financial institutions to take possession and sell acquired properties for non-payment of dues, as such powers obviously cannot be exercised through arbitral proceedings", the High Court said.

The Court added that the plea raised by the respondent that the value of the immoveable property in symbolic possession of the petitioner was more than adequate to satisfy the alleged outstanding amounts claimed by the petitioner, would not bar the initiation of arbitration proceedings.

The bench ruled that if any recovery was made by the petitioner through the process of SARFAESI Act, the said fact can surely be brought to the notice of the arbitrator. Further, it held that there may be an eventuality where the complete amount, which was due and payable, may not be recovered through the process initiated under the SARFAESI Act.