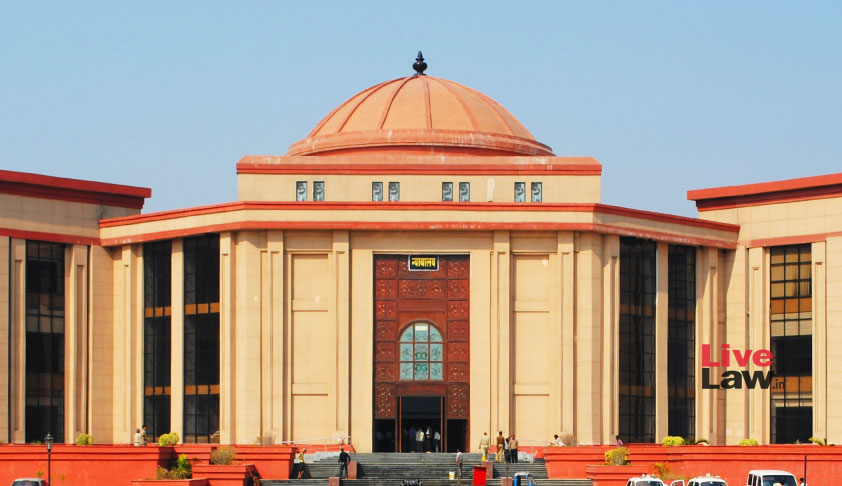 The Chhattisgarh High Court has upheld the dismissal of a judicial officer who had filed criminal cases against the former Chief Justice and Judge of the High Court.Prabhakar Gwal, who was a judicial officer in Chhattisgarh, was dismissed from after the Full Court recommended his dismissal without inquiry after it found that he, through his wife, filed a criminal case against many...

The Chhattisgarh High Court has upheld the dismissal of a judicial officer who had filed criminal cases against the former Chief Justice and Judge of the High Court.

Prabhakar Gwal, who was a judicial officer in Chhattisgarh, was dismissed from after the Full Court recommended his dismissal without inquiry after it found that he, through his wife, filed a criminal case against many persons including the then Chief Justice and a senior judge of the High Court. Gwal then challenged this dismissal order before the High Court.

Justice P. Sam Koshy, who heard his case observed that the judicial officer through his wife filed criminal cases against the Chief Justice and a sitting Judge with wild allegations with no substantial materials and that too without any intimation, sanction or permission from the High Court. 'From his conduct itself it clearly reveals that the petitioner has done it with the specific intention of gaining cheap publicity and also with an intention to malign the image of Judges and the officers who have been made an accused so also tarnish the image of the judiciary as a whole, the judge said.

The court also noted that there are a series of correspondences by the officer repeatedly casting serious insinuations, making unscrupulous allegations and obnoxious comments all of which are false, scurrilous and malicious against the Chief Justice of the High Court, senior Judges of the High Court,  senior Judicial Officers in the Higher Judicial Service, and also against the colleagues in the Lower Judicial Service. The court observed:

"An officer of the subordinate judiciary if he shows the courage to file a criminal case against the Chief Justice of the High Court along wit another senior Judge of the High Court and a host of senior high ranking officers of the state government making all of them as accused persons, it does not need any imagination that continuing the officer in the judicial service with his magisterial and judicial powers he would have created havoc and would have brought much embarrassment to the institution. If we look into the various correspondences that the petitioner has made to the High Court and on certain occasions correspondences directly made to the Chief Justice of India and the language of all would itself clearly show that the officer was never submissive in his approach and at the same time he was also using foul language and most of the time the averments in his reply to the show cause notices was out of context."

The court observed that the Judges should always maintain and enforce a high standard of conduct which he should personally observe and that the image of the establishment or the institution in particular and the judiciary in general should not to be tarnished in any manner at any point of time while discharging and displaying his conduct as a Judge both inside the courtroom as well as when he's in public.The court said:

"It is always expected that a judicial officer shall apart from maintaining high level of integrity, should have great judicial discipline and should always try to avoid impropriety. Judge should always be sensitive to the situation around him and should avoid being overactive or over-reactive. It is always expected from a Judge to perform himself most diligently and should not get himself engaged in behavior that is harassing, abusive, prejudiced or biased...
...Judges play a pivotal part in the administration of justice and further the trial Judge has a greater role to play in the dispensation of justice. The conduct of every judicial officer should be above reproach. He should be conscientious , studious, comprehensive, courteous, patient, punctual, just, impartial, indifferent to private, political or partisan influences; he should administer justice according to law and deal with his appointment as a public trust; he should neither allow other affairs or his private interest to interfere with the prompt and proper performance of his judicial duties nor should he administer the office for the purpose of advancing his personal ambitions or increasing his popularity. The nature of the judicial office and the independence of the judiciary, personal conduct and official conduct of men who preside over this the most important branch of state has to be approached with care and caution."

The court while dismissing his writ petition also observed that Article 311(2) attracts in this case as the judicial officer has acted deliberately intentionally knowing fully the repercussions of his act. The court also said  there were reasons germane available in the records, which led to the Full Court recommending the dismissal of the petitioner invoking Article 311(2).