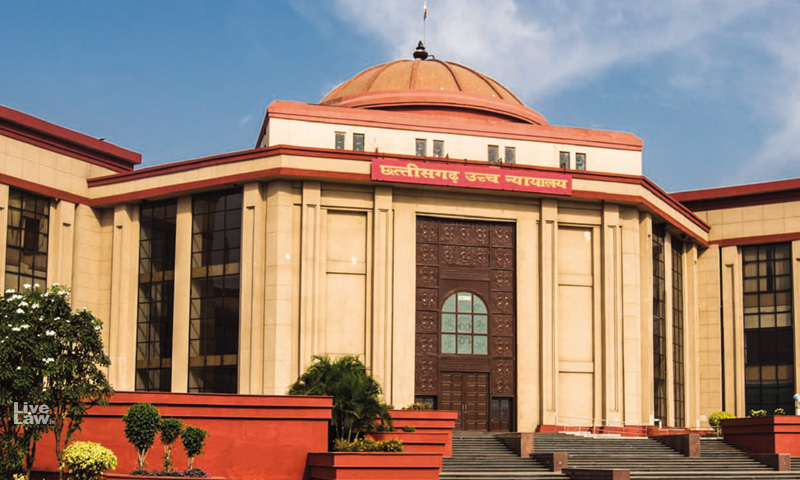 In view of all areas under Bilaspur District, where the Chattisgarh High Court is situated, being declared as Containment Zone, the High Court has resolved to suspend the normal functioning of the Court from 14th April to 21st April 2021. The Court will be hearing extremely urgent cases, which shall be decided by the Chief Justice or other Judges, with minimum support staff to be deputed on rotational basis.

The Collector and District Magistrate of Bilaspur vide order dated 11th April declared all the areas falling into the district as Containment Zone due to the continuous increasing number of covid 19 positive cases. In view of the said development, a notice has been issued on Monday by Registrar General of the Chattisgarh High Court, Mr. Sanjay Kumar Jaiswal.

The notice in this regard read thus:

"Considering the extraordinary situation, normal functioning of the Court will stand suspended during the above period. The functioning of the High Court during the said period shall be bare minimal with minimum support staff to be deputed on rotational basis, to deal with extremely urgent cases, as to be decided by the Hon'ble Chief Justice or by the Hon'ble Judge, nominated by the Chief Justice in this regard. The extreme urgency of such cases shall be substantiated by filing necessary proceedings before the Registrar (Judicial) / Additional Registrar (Judicial), as is the practice prevalent in the High Court, during holidays. There will not be any regular listing of the cases during the aforesaid period. No filing of fresh cases shall be allowed. However, the above period will not be counted for working out the period of limitation."

Furthermore, the notice also states that during the aforesaid period, all the other Officers/Officials of the High Court shall 'work from home' and will make themselves available as and when their services are so required by the concerned Section In-charge.

"The Registrar General shall call for the staff as may be required for the aforesaid skeletal functioning of the High Court. The Officers/Officials wll not leave the Headquarter and will report for duty without any lapse immediately on call." The notice reads.

Moreover, it has also been directed that if the lockdown is further extended by the Collector and District Magistrate in Bilaspur District beyond the aforesaid period, then these arrangements regarding functioning of the High Court will continue during the relevant period.

"After completion of period of lockdown/containment zone, the functioning of the High Court will be resumed by reverting back to the system, which was prevailing prior to 14.04.2021 i.e. as per the arrangements made vide Registry order No. 66 (Mis.) dated 05.04.2021." the notice reads.