Chennai Court Dismisses Complaint Against Rajinikanth Over Remarks Against Periyar 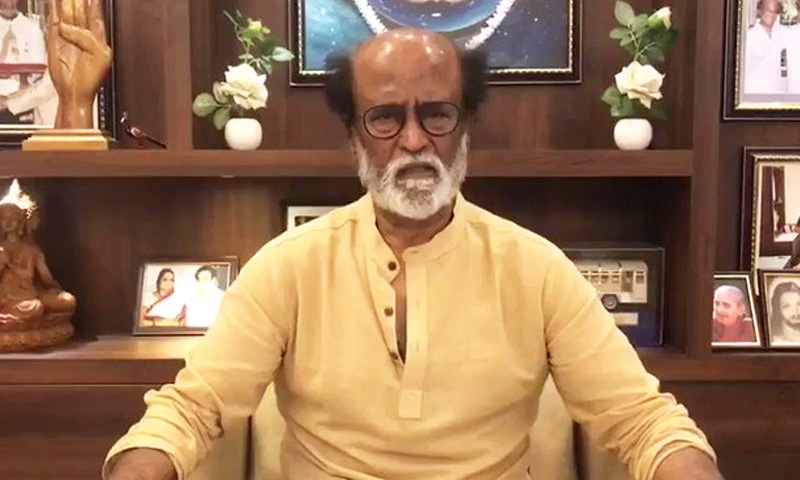 A court in Chennai on Tuesday dismissed a petition filed against actor Rajinikanth over his remarks on rationalist leader E V Ramasamy "Periyar."

Second Metropolitan Magistrate Roslyn Durai, however, granted liberty to the petitioner to file a private complaint for defamation, damages and compensation.

The Magistrate rejected the petition by the Dravidar Viduthalai Kazhagam, a fringe outfit, seeking direction to the police to file a case against the actor.

"The speech of actor Rajinikanth is at best defamatory.The offence under section 499 r/w 500 of Indian Penal Code alone appears to be made out. The offence is non-cognisable and maintainable as a private complaint," the magistrate said.

On hearing a recording of Rajinikanth's speech during the golden jubilee celebrations of Thuglak magazine on January 14, 2020, the Magistrate said "He (Rajinikanth) has stated what he thought was a fact about a rally held in Salem in 1971 by Thanthai Periyar, and which according to him was also published in the Thuglak weekly magazine of that period."

The petitioner R Umapathy, who is DVK's Chennai district secretary, alleged that Rajinikanth had made false and fraudulent statements insulting the Dravidian stalwart and followers of Periyar while speaking at the golden jubilee celebrations of Tamil magazine 'Thuglak' here recently.

He contended that "Rajinikanth made false and fraudulent statements insulting Dravidian ideologists and the followers of Thanthai Periyar with an intention to provoke breach of public peace by promoting enmity and hatred among the people of Tamil Nadu in the name of religion."

Counsel for the petitioner said they will file an appeal.

"According to the order, we can file a defamation suit against Rajinikanth under section 499 punishable under section 500 of IPC," the petitioner said.