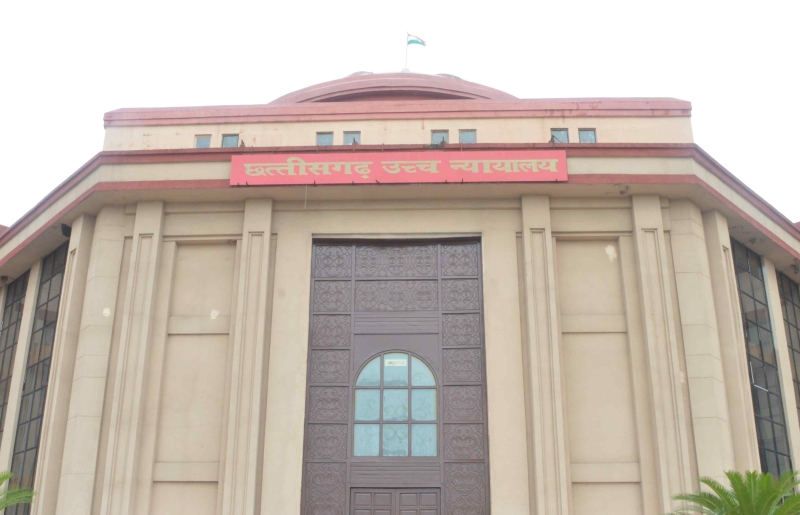 The High Court of Chhattisgarh recently said that the definition of 'accommodation' under Chhattisgarh Accommodation Control Act, 2011 is inclusive of any land which is not being used for any agricultural work.

"There is also no dispute on the aspect that if there is any ambiguity in understanding or interpreting the provisions of law from its English language then the assistance could be taken from the Hindi version of the said provision. It is the Hindi version of the said provision which would be considered to be more authentic and acceptable. A plain reading of the definition of an "accommodation", more particularly the one in Hindi, would clearly reflect that the definition of accommodation is inclusive of any land which is not being used for any agricultural work."

The court further said that classifications have been made by the lawmakers in the Act while enacting the definition of accommodation. It observed:

"The aforesaid classification would clearly give an indication that for the purpose of attracting the Act of 2011 all that which is required is the lease deed executed in writing between the landlord and the tenant in respect of any building or a part of a building whether for residential or non residential purpose and would also include any land which is not being used for agriculture purpose. This, in other words also means that even in respect of an open land which otherwise is not being used for agriculture purpose, if given on rent or lease and there being a written agreement between the landlord and the tenant, the said open land also fall within the definition of accommodation under the Act of 2011."

The court made the observations in its judgement on a petition challenging an order passed by the Chhattisgarh Rent Control Tribunal in August 2021. The Tribunal had affirmed an order passed by Rent Controlling Authority, Raipur in February 2020. The dispute related to a piece of land leased out by one Suresh Kumar Goyal to the petitioner, Sourabh Fuels' proprietor Jagdish Prasad Yadav on a rent. When the lease expired in 2018, Goyal had issued a notice of eviction under the 2011 Act to the petitioner. Since Yadav refused to evict the land on which he had developed a retail outlet of Petrol and Diesel, it led to the legal proceedings against him.

The court in the ruling also said that a division bench in an earlier judgement in very categorical terms held that "non adherence of the Chhattisgarh Rent Control Act, 2011 or for that matter the agreement between the parties not being in accordance with the Act would not debar under law to pursue his application before the Rent Controlling Authority."

The court also rejected an argument that Indian Oil Corporation was a necessary party in the case, saying the rent agreement or lease deed was executed between Goyal and Yadav.

Dismissing the petition, the court said since the lease agreement between the parties expired in April 2018, there is no further any right available for the petitioner to assert any claim over the said property