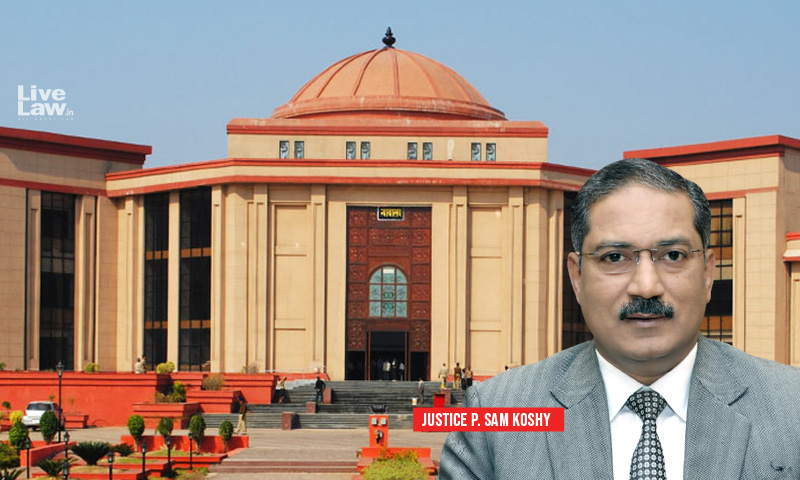 The Chhattisgarh High Court last week granted interim relief to a batch of colleges who had approached it challenging the 5 year moratorium/ ban imposed by Government of India (GOI) and Pharmacy Council of India (PCI) on the opening of new Pharmacy Colleges in the country for the next 5 years.The Bench of Justice P. Sam Koshy, as an interim measure, allowed the colleges to file...

The Chhattisgarh High Court last week granted interim relief to a batch of colleges who had approached it challenging the 5 year moratorium/ ban imposed by Government of India (GOI) and Pharmacy Council of India (PCI) on the opening of new Pharmacy Colleges in the country for the next 5 years.

The Bench of Justice P. Sam Koshy, as an interim measure, allowed the colleges to file their application, while directing the PCI and GOI to process and scrutinize it and push it up to the penultimate stage of issuance of permission/ approval, which should be issued formally upon only after the final judgment of the Court.

It may be noted that the PCI had, in the year 2020 post-approval from GOI, imposed a blanket moratorium order on the opening of new Pharmacy Institutions across the country for the next 5 years, on the ground that they have mushroomed up in thousands across the country and thus the quality had been compromised and quantity of graduates of Pharma Courses was much in excess of the demand in the sector.

The PCI has taken this decision after getting a go-ahead from the Department of Health, GOI in the said regard. Against this backdrop, the colleges had challenged the 5-year ban order on multiple grounds, the same being outside the purview and powers delegated by the Pharmacy Council of India Act.

The colleges challenged it on the ground that the PCI exceeded its delegated powers whilst imposing the ban and thus neither the GOI nor the PCI possess the power as the delegatee of the Statute to put a moratorium like this.

It was also contended that these orders imposing a blanket prohibition were never published in the Official Gazette to be enforceable and thus were non est and nullity being contrary to the mandate of the PCI Act.

It was also argued that the orders were issued without proper consultation with the State Government, which is a necessary stakeholder under the PCI enactment, and that the State and the University had to the contrary granted NOC for the opening of all these new colleges in the State wherein there is an acute need of Pharmacist, especially in the post-pandemic era.

The Court, in its order, held that prima facie action of the PCI needed to be tested after the thorough examination at the final stage, and therefore, as an interim measure, the Court directed the PCI and the GOI to accept, process, and conduct inspections on the applications of the Colleges by opening their official portal.

However, a rider has been put on the final decision on the grant of permission/approval to be taken only after a final judgment of the High Court.

The operative part of the Court's order reads thus:

"Accordingly, purely as an interim measure, it is directed that the Respondents shall permit the Petitioners to submit their application required for the necessary permission and approval and also for grant of necessary affiliation for the academic session 2022-23. The Respondents shall allow the Petitioners to submit their application either by opening the portal and accepting the application or, in the alternative, receiving the application by any other mode permissible. The Respondents are further directed to process the application and conclude the requisite formalities of inspection etc., except for the granting of permission and approval for going in for the admissions. It goes without saying that the Petitioners would also liable to pay all the requisite fees and other charges required for the completion of necessary inspection and other requisite formalities etc. So far as the final order of approval and permission as is required in terms of the Pharmacy Act is concerned, the same shall be undertaken after the final outcome of the present Writ Petition or the withdrawal of the Orders by the Pharmacy Council of India, whichever is earlier."

It may be noted that the Division Bench of the Karnataka High Court had recently quashed the 5-year moratorium order, against which, the PCI had preferred an appeal before the Supreme Court.

The Supreme Court had also issued notice to all the contesting parties, whilst declining to stay the effect of the Division Bench judgment of the Karnataka High Court.

Last year in January, the Delhi High Court had refused to grant interim relief on a batch of petitions against the Pharmacy Council of India's decision to impose a 5-yr moratorium on the setting up of new institutions imparting pharmacy education.

The petitioners in the case had sought interim relief in the form of permission to set up new pharmacy colleges to take in admissions for the academic year 2020-21.

The colleges were represented before the High Court through Counsels Siddharth R Gupta and Pranjal Agrawal.

Case title - Chouksey College of Pharmacy & Another Vs. Pharmacy Council of India & Others