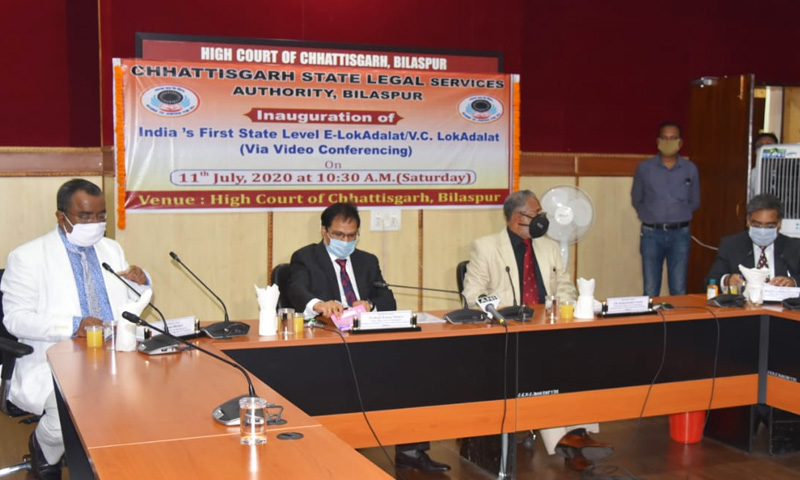 The e-Lok Adalat is cited as the first such attempt in the country.

About 195 benches were constituted at different places of the state, including remote areas like Sarguja, Kanker, Bastar, Surajpur etc., via video conferencing and 3135 cases were identified for compromise. 2270 cases were settled in a single day through virtual mode.