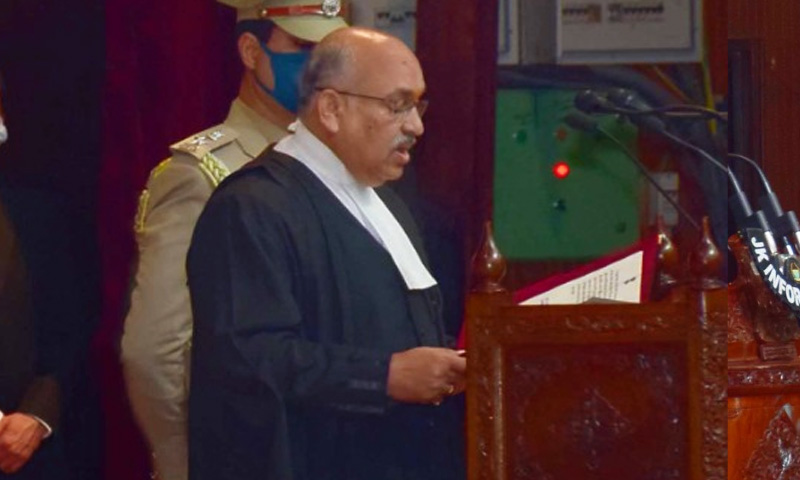 He was administered the oath of office by the Lieutenant Governor Manoj Sinha at the Convention Centre, Jammu. Warrant of appointment of Justice Mithal was read by Jawad Ahmed, the Registrar General of the High Court. Proceedings of the oath ceremony were conducted by Nitishwar Kumar, Principal Secretary to Lt. Governor.

After taking oath as Chief Justice, Justice Mithal reached High Court and was given Guard of Honour by a smart contingent of J&K Police. Later, Chief Justice reviewed the functioning of all the sections of the High Court and took stock of the various facilities available for litigants, lawyers, and overall infrastructure.