'Would Have Chilling Effect On Free Speech': IMA Chief & Others Respond To Suit Alleging Promotion Of Christianity Over Hinduism 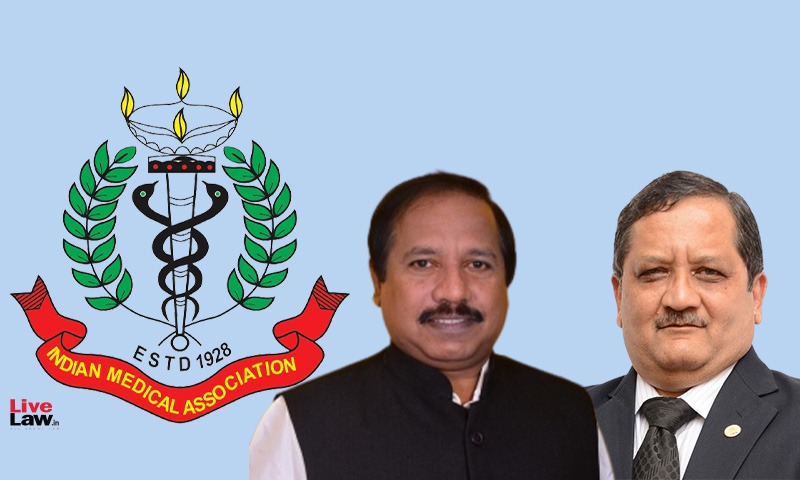 Responding to a civil suit filed against them for allegedly promoting Christianity over Hinduism and showing superiority of allopathy over ayurveda, the Indian Medical Association, it's President JA Jayalal and Secretary General has told a Delhi Court that the suit would have a chilling effect on their fundamental right to free speech and expression.The development comes by way of a...

Responding to a civil suit filed against them for allegedly promoting Christianity over Hinduism and showing superiority of allopathy over ayurveda, the Indian Medical Association, it's President JA Jayalal and Secretary General has told a Delhi Court that the suit would have a chilling effect on their fundamental right to free speech and expression.

The development comes by way of a common reply filed by the said defendants. They have questioned the maintainability of the suit which seeks their removal on allegations of hurting religious sentiments of people belonging to the Hindu religion, by showing comparative superiority of Christianity over Hinduism.

"The Plaintiffs, being aware that they have no locus whatsoever to raise any grievance or interfere in the functioning of the IMA and that there is no lawful cause of action or right to sue available in law to them for filing the present suit, they have filed the present application u/s 91(16) of CPC for seeking leave to maintain the present suit before this Hon'ble Court."

It has been argued that the suit has no public interest and has only been filed to agitate a grudge against certain individuals by abusing the process of law.

The Indian Medical Association has stated that it was constrained to file criminal complaints and civil proceedings against individuals who made irresponsible and false statements about the modern medicine doctors amid the pandemic. It claims that the present suit is a part of the "elaborate design" orchestrated by certain group of individuals who do not agree with IMA's views. In this backdrop it states,

"The present suit is only an attempt to threaten / intimidate the Indian Medical Association being a private association of allopathic doctors from acting in furtherance of its objectives, and prevent the association and its office bearers from exercising their fundamental rights guaranteed by the Constitution of India," the reply reads.

"The Plaintiffs through the present suit have sought orders which would have a chilling effect on the fundamental rights of the defendants including Fundamental Right to free speech and expression as well as the Fundamental Right to practice any profession as guaranteed under Articles 19(1)(a) and 19(1)(g) of the Constitution of India."

Civil Judge Deeksha Rao of the Tis Hazari Court had asked the defendants- IMA President Dr. JA Jayalal, Secretary General Dr. Jayesh M Lele, and National Medical Commission to file their reply with regards to the application filed under Section 91 CPC, under which the leave of the Court been sought before proceeding with the suit.

Earlier, Advocate Prabhas Bajaj appearing for IMA Chief, Honorary Secretary and the Indian Medical Association objected to the maintainability of the suit. It was submitted by him, that there is no legal basis for the filing of this suit against IMA which is a private association of doctors in the country.

It was also submitted that the suit in question has been filed during the Covid pandemic only with a view to harass and intimidate doctors and that the plaintiffs had relied upon fake news articles against which the National President of IMA – Dr. J.A. Jayalal, has already filed a cyber complaint.

The suit, filed through Advocate Bharat Malhotra prayed for directions to the National Medical Commission for taking strict action against IMA President, Secretary General for allegedly and maliciously bringing Christianity in the statements given to various news channels/ magazines. It was alleged that they conducted themselves unethically, by ignoring the memorandum and bye-laws applicable to the IMA and their office bearers.

The plea therefore prays to restrain them from using IMA platform for propagating any religion and to desist them from making any statement to propagate any religion or hurting the sentiments of Hindus or others through any mode.

Additionally, it also prays for an order granting a decree of permanent injunction against the defendants to immediately desist from making any derogatory statement through any mode against the Ayurveda treatment hurting the sentiments of Ayurvedic believers like plaintiffs.

Recently, the Delhi High Court dismissed Indian Medical Association (IMA) president Dr. J.A. Jayalal's appeal challenging trial court's order asking him to not use the IMA platform for propagating any religion and rather to concentrate on welfare of medical fraternity.