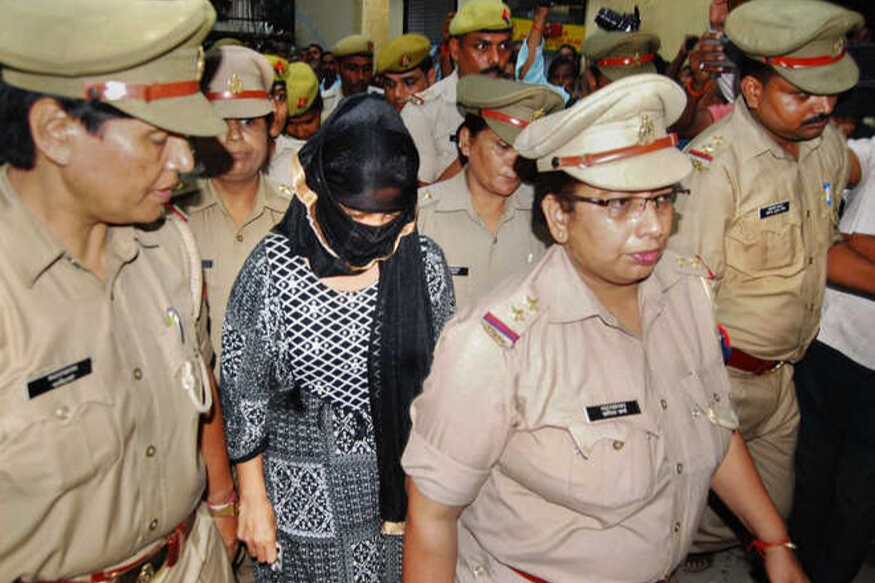 The law student, who accused BJP leader Chinmayanand of rape, on Thursday filed a fresh application for regular bail before the District & Sessions Judge, Shahjahanpur in the extortion case filed against her. This is following her arrest by the Special Investigation Team yesterday, which rendered her pending application for anticipatory bail infructuous. The Court had posted the plea for pre-arrest bail today.

The Court has posted the regular bail application on September 30.

After her arrest, the CJM remanded her to 14 days judicial custody. The arrest was made a day after the Sessions Court at Shahjahanpur admitted her interim bail application. The Additional District Judge had directed then to summon all records related to the case on September 26.

Earlier, the girl had approached the Allahabad High Court which refused to stay her arrest and directed her to approach a competent court. The bench stated that it was confined to monitor the SIT probe only and "If the victim wants any relief in this regard, she may file a fresh petition before an appropriate Bench". The court then accepted the SIT's report for the investigation conducted so far, and asked it to submit the next report on October 22.

The SIT, headed by Naveen Arora, Inspector General of Grievances, was constituted by the Supreme Court to investigate into the rape allegations. The bench of Justices R. Banumathi and A. S. Bopanna had taken suo moto cognizance of the matter when the girl went missing from her college hostel after the video leveling those allegations surfaced online. Soon after she was traced in Jaipur, the bench directed to transfer the complainant to another college for pursuing her degree and refused to meet her again. The matter was disposed of with a clarification that the proceedings were only to ensure her safety and that her education was not hampered, and she could make further submissions before the SIT.

The SIT submitted its investigation report in connection to the rape allegations to the Allahabad High Court on Monday with directions to submit the next report on October 22.

In connection to the rape allegations, Chinmayanand was arrested last Friday and was sent to 14 days' judicial custody. Thereafter, he filed a bail application in the court of Chief Judicial Magistrate at Shahjahanpur, which was rejected on Monday. The CJM said that the bail application should be moved in the Sessions court.