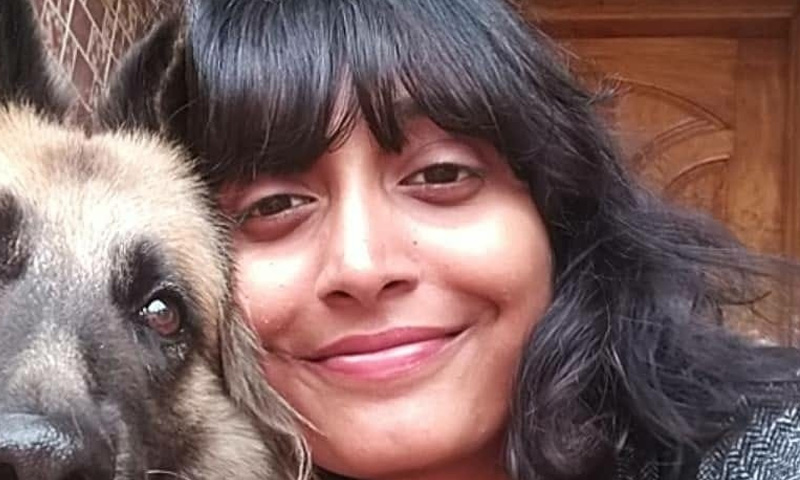 The Campaign for Judicial Accountability and Reforms has issued a statement condemning the alleged illegal arrest of climate activist Disha Ravi in connection with the Greta Thunberg 'toolkit' case. As per CJAR, the Delhi Police made a complete mockery of the "procedure established by law" in arresting the 21-yrs old activist and also deprived her of the right to life and liberty....

The Campaign for Judicial Accountability and Reforms has issued a statement condemning the alleged illegal arrest of climate activist Disha Ravi in connection with the Greta Thunberg 'toolkit' case.

As per CJAR, the Delhi Police made a complete mockery of the "procedure established by law" in arresting the 21-yrs old activist and also deprived her of the right to life and liberty. The organization has stated that Disha should immediately be released from Police custody and appropriate action should be taken against the errant Police officers.

The organization has also urged the Delhi High Court to take suo moto cognizance of the matter and initiate action against the Magistrate who casually remanded her to Police custody.

Disha Ravi was arrested in an FIR registered by the Delhi Police on February 4 over a 'toolkit' shared by international climate activist Greta Thunberg about the farmers protests in Twitter. The case against unnamed persons was registered on charges of criminal conspiracy, sedition and various other sections of the Indian Penal Code.

She arrested from her house located within Soladevanahalli police station limits in Bengaluru by a Special Cell of the Delhi Police on Saturday.

Delhi Police said that Disha Ravi is an Editor of the Toolkit Google Doc & key conspirator in document's formulation & dissemination.

As per CJAR, the allegations against Disha are "absurd" and are an attempt to "criminalize dissent and protest".

It is stated that the Delhi Police did not follow any of the guidelines laid down by the Supreme Court in Arnesh Kumar v State of Bihar (2014) and even violated the Constitutional mandate when it comes to arrest.

As per the organization,

"Being "arrested" from Bengaluru, she should have been produced before the competent court in Bengaluru for obtaining transit remand since she is being moved between states, but was not. She was instead produced before the Duty Magistrate in Patiala House Court in Delhi - by no means the "nearest magistrate" as required by clause (2) of Article 22. She also did not have an opportunity to seek legal counsel nor was one provided to her, in breach of clause (1) of Article 22."

It is stated that such illegal actions by the Delhi Police would amount to a kidnapping under the pretense of law.

The organization further noted the Judicial Magistrate, who remanded Disha to 5-days Police custody, completely abdicated his duty of upholding the procedure established by law.

"Magistrates have an important constitutional role to play under Article 22 to ensure that any detention by the police is strictly in accordance with the law and procedure. However, the concerned Magistrate has performed their task in a mechanical manner that has resulted in a serious violation of human rights. Such an attitude among the judiciary renders the valuable right under Article 22(2) a virtual nullity and must be deprecated in the strongest possible manner. Such behaviour is regrettably common and requires judges and police being answerable and accountable for treating matters of life and liberty in a routine and casual manner."

The organization has therefore called upon the authorities to immediately release Disha Ravi from alleged illegal detention and take disciplinary action against the concerned officers, failing which, it has urged the Delhi High Court to take immediate, suo motu cognizance of the matter and initiate disciplinary action against the concerned Magistrate.

"We call upon courts and judicial authorities across the country to properly sensitize and train magistrates in the performance of their constitutional duties," the organization added.

She asked if the Magistrate asked why Ravi was brought directly from Bengaluru without a transit remand from the Courts there.