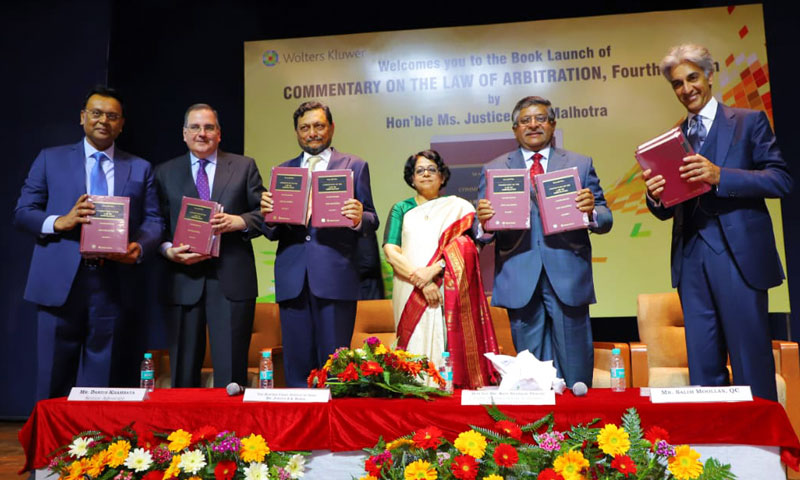 The "Commentary on the Law of Arbitration (4th Edition)" authored by Supreme Court judge Justice Indu Malhotra, was launched by Chief Justice of India S A Bobde on Monday at an event organized by the publisher Wolters Kluwer. Union Law Minster Ravi Shankar Prasad and other legal luminaries were also present at the function.

Author Justice Indu Malhotra said, "Since the release of the last edition of this book in 2014, this area of jurisprudence has seen significant growth, both through legislative amendments and judicial decisions. Substantive amendments have been made since then to improve the working of the Act. This book discusses all the important as well as the latest judicial pronouncements which have had an impact on the working of the law and helped in its further development. The book can become a useful compendium for practicing lawyers and the courts."

The book in its latest edition covers the updated changes in the law and practice of Arbitration. It also provides a judicial interpretation of the provisions of the Act and of the amendments made in 2015 which served to make India a more arbitration-friendly jurisdiction. Certain contemporary issues including Res Judicata in arbitration; the grant or refusal of Anti-Arbitration injunctions; Third Party Funding and Investment Treaty Arbitration; and the Reliefs and Remedies which can be granted in arbitration have also been covered in the book.

The Union Minister for Law and Justice, Mr. Ravi Shankar Prasad calling the book a trendsetter and a classic said, "Today is a great day in the field of arbitration. Justice Indu Malhotra has done a commendable job in carrying forward her father's distinguished legacy." 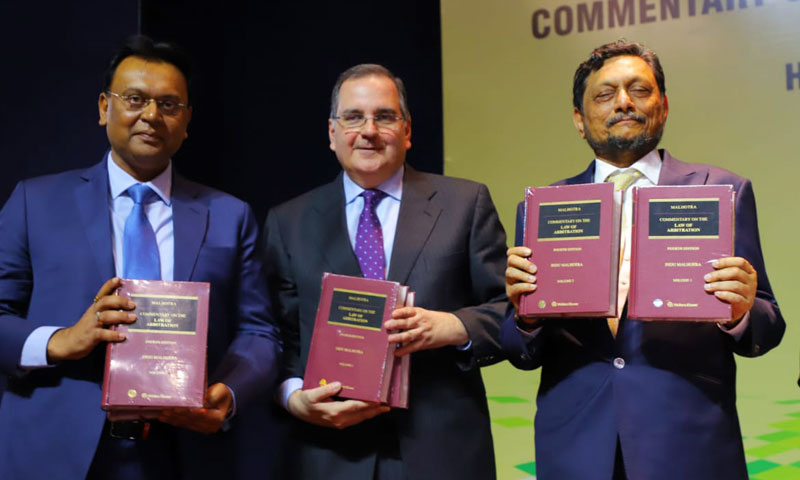 When addressing the gathering, The Chief Justice of India, S.A. Bobde said, "This book will be a valuable source of learning for all in the field of judicial arbitration and will provide an important insight into the changes that have taken place over the years. Indu as a colleague enjoys great respect in the legal profession and I commend her efforts to cover the history of arbitration law in India and successive amendments made over the years to the act. The content in this book is so significant and expounded that it should not be called a revised edition but is a new book altogether."

Commenting on the book launch, Shireesh Sahai, Chief Executive Officer – India, Wolters Kluwer Global Growth Markets said, "Being a leader in professional information services, delivering trusted, high-quality content to our users is the core of Wolters Kluwer's business model. We are proud to be the publishers of this important book which is going to be of great benefit to legal professionals and students."

The event started with some interesting discussion on the Investment Treaty Arbitration. Opening remarks were made by Mr. Salim Moollan, QC, Vice President of the International Court of Arbitration, who stressed on the need for the systematic flow of information in cases of Investment Arbitration. This was followed by an address by Mr Darius Khambata, Senior Advocate & Member of SIAC Court, who gave valuable insights and suggestions into the topic and stressed the need for the government, judiciary and the lawyers to be proactive in favour of arbitration.