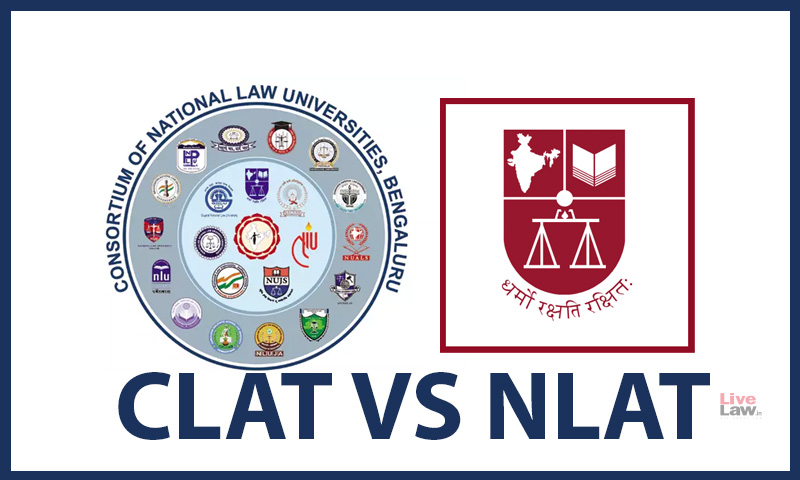 A CLAT aspirant has moved the Madhya Pradesh High Court (Jabalpur Bench) challenging the sudden withdrawal of NLSIU Bangalore from CLAT 2020, to hold a separate entrance test namely NLAT (National Law Aptitude Test) 2020.The petitioner has submitted that she is aggrieved by the notification issued by the National Law School of India University (NLSIU) Bangalore intimating its decision to hold...

The petitioner has submitted that she is aggrieved by the notification issued by the National Law School of India University (NLSIU) Bangalore intimating its decision to hold an Online National Law Aptitude Test (NLAT) on September 12 for admission to its University in place of the Common Law Admission Test, 2020 (CLAT), which is scheduled to be conducted on September 28.

The Plea filed though Advocate Somit Raizada states that National Law School of India University's (NLSIU) decision to hold a separate examination without withdrawing from the CLAT Consortium is "illegal, arbitrary and whimsical".

"Because Respondent no. 1 (NLSIU) being a member to the consortium of the NLUs, conducting a separate NLAT examination for admission to its 5 years B.A.LLB programme for 2020-21 is illegal and arbitrary."

Further, it has also been submitted that NLSIU notification "is violative of Clauses 15.3.3 and 15.7 of the bylaws of the Consortium of NLUs."

* NLSIU withdrawing from the CLAT violates the right of the petitioner to have an examination in a just and fair manner.

* To hold a separate entrance exam after the petitioner filed the registration form for CLAT violates the principle of promissory estoppel.

* NLSIU being a member of CLAT Consortium and Government funded Institute cannot create a class and have a differential set of procedure for the exam.

* To have home-based technical requirement is against the Doctrine of Reasonableness and it is arbitrary. Majority of CLAT aspirants will face hardship to have supported devices, operating systems, maintain minimum configuration, and maintain minimum bandwidth speed of 1 MBPS, web camera having a resolution of 640x480, microphones and other requirements.

* To conduct and have technical requirement will deprive the CLAT aspirants, especially residing at rural and sub-urban areas of the country of their opportunity to study at the best Law schools in India. Hence the action of NLSIU is violative of Article 14 and 21 of the Constitution.

* To quash the notice dated 03.09.2020 (NLAT notification) issued by NLSIU. Wherein it has arbitrary and illegally declared as separate examination for admission to its B.A.LL.B (Hons.) course on 12.09.2020 in violation of bye-laws of the Consortium of National Law Universities.

* To direct NLSIU to follow the procedure as prescribed by the Consortium of National Law Universities for taking admission to its B.A.LL.B (Hons.).

* In light of the submissions aforesaid made, this Court shall grant ad-interim stay on the effect and operation of the notification during the pendency of the petition.

The matter is likely to be taken up by the High Court on Friday (11-September-2020).

Significant developments in the Matter

On 3rd September, NLSIU decided to back out of Common Law Admission Test (CLAT) for the admissions to five-year integrated B.A. LL.B (Hons.) course for the academic year 2020-21.

On 4th September, the Consortium of National Law Universities issued a statement intimating that if NLSIU, Bangalore insists on conducting a separate entrance examination, then NLSIU will not remain associated with the CLAT-2020 in any manner.

In an emergency meeting of the Governing Body held on Friday (04th September), under the Chairmanship of Prof. V. Vijaykumar, Vice-Chancellor, NLIU, Bhopal, it was resolved that the decision of NLSIU to hold a separate entrance exam is in violation of Rule 15.3.3. of Consortium Bye-laws.

In this meeting, NLSIU represented by its Vice-Chancellor, was requested to reconsider its decision of holding its own independent test for this year's admission to BA.LL.B and LL.M.

On 6th September, the NLU Consortium had unanimously resolved to divest Professor Sudhir Krishnaswami, Vice Chancellor, NLSIU, Bangalore, of his functions as the Secretary-Treasurer of the Consortium, with immediate effect.

The Consortium had also clarified that no other Law University, except the NLSIU, is going to hold its test independently as was "erroneously reported" in the social media.

Later on, the NLSIU had put forth a Press Release stating that the decisions taken by the Consortium have no "legal basis or authority".

NLSIU had confirmed that "it is fully committed to delivering the NLAT 2020 on time and in a student-friendly manner".

Other pleas related to NLAT

It may be noted that Former Vice-Chancellor of NLSIU, Prof. (Dr.) R. Venkata Rao and an aggrieved parent of a CLAT aspirant have moved the Supreme Court challenging the sudden withdrawal of NLSIU Bangalore from CLAT 2020, to hold a separate entrance test namely NLAT 2020.

The plea filed through Advocates Sughosh Subramyam and Vijay Nair states that such "unilateral decision" of NLSIU to hold a separate examination has thrown the aspirants of CLAT 2020 into a frenzy and is a serious violation of their fundamental rights, including the right against arbitrary actions of the State secured under Article 14 and the right to education and other concomitant rights under Article 21.

Notably, Vice-Chancellor of NALSAR Prof. Faizan Mustafa has filed a reply affidavit before the Supreme Court, in the plea against NLAT, supporting the cancellation of separate admission test to NLSIU.

In the affidavit filed in the capacity as the Secretary-in-Charge of the Consortium of NLUs, Prof. Mustafa has submitted that there is no provision either in the MoU signed by the NLUs or in the Consortium Bye-laws which permits a member of Consortium to conduct its own admission test.

Also, a Writ Petition has been field before the Jharkhand High Court challenging the decision of the National Law University Bangalore to hold a separate test for admission to five-year B.A. LL.B (Hons.) course for the academic year 2020-21.

The petition has been filed by 5 CLAT aspirants from Jharkhand, stating that NLSIU's decision to withdraw from CLAT and to hold a separate examination, despite being a "permanent member" of the NLU Consortium, is unlawful and arbitrary.

All You Want To Know About NLAT For Admission To NLSIU