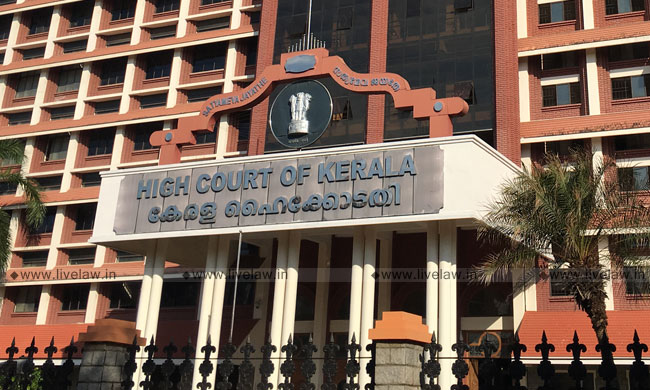 x
The rules of relevancy and admissibility in the Evidence Act ought to be read subject only to Section 14 of the Family Courts Act, held the court.

The High Court of Kerala has held that a compact disc(CD) is admissible in evidence in proceedings in Family Court even without certification under Section 65B(4) of the Indian Evidence Act. The Division Bench of Justices C K Abdul Rehim and N Anilkumar held so based on Section 14 of the Family Courts Act, which relaxes application of Indian Evidence Act to proceedings in Family...

The words employed in the Section make it abundantly clear that, any matter, information etc., placed before a Family Court may be admitted in evidence uninhibited by the rules of relevancy and admissibility prescribed by the Evidence Act, provided the Family Court is of the opinion that the matter before it is essential for the effective resolution of the dispute in the proceeding. Understood in the light of the object and scheme of the Act, Section 14 of the Act seems to convey the legislative intention that Family Court has absolute freedom to depart from adopting the sophisticated and strict rules of relevancy and admissibility applicable to the regular civil courts in the country.

The Court held that the rules of relevancy and admissibility in the Evidence Act ought to be read subject only to Section 14 of the Act. In the event of any inconsistency emerging between the provisions of these two Acts, Family Courts Act 1984 alone will prevail. The technicalities of the Evidence Act should not be imported to the proceeding before the Family Courts in view of the provisions in Section 14 of the Act.

The matter arose out of a divorce proceedings in Family Court. The husband wanted to produce an audio record of a quarrelsome statement by his wife, recorded in his mobile phone. The recording was transferred to a CD, as the mobile record was not audible enough. He wanted to confront his wife with the CD recording in cross-examination. The mobile phone was, however, not produced in any of the proceeding.

He therefore filed an application for an order admitting the CD in evidence. He also filed another application invoking Order XXVI Rule 10 A of the CPC for appointment of an Advocate Commissioner for recording the sample voice of the respondent in an electronic device at the digital studio attached to the All India Radio, Kannur and producing the same before the court along with certificate issued by a responsible officer attached to the studio under Section 65-B(4). A third petition was filed by him  for sending the sample voice of the respondent to a scientific expert attached to a Forensic Laboratory for comparison of her voice extracted in the CD.

The Family Court dismissed all the three petitions taking a view that even if a scientific result favourable to the petitioner is obtained, it would be of no help to him so long as the CD is not certified under Section 65-B(4) of the Indian Evidence Act and is inadmissible in evidence.

Challenging this, he approached the High Court.

Setting aside the orders of the Family Court, the High Court held :

In view of the overriding effect of the Section 14 of the Act on the rules of admissibility in the Evidence Act, we hold that the CD produced before the Family Court, Thalassery is admissible in evidence, despite the fact that it was not certified as mandated by Section 65-B(4) of the Act. The contention put forth by the learned counsel for the respondent that the nonobstante clause in Section 65-B (1) introduced by Act No.21 of 2000 would, however, prevail over Section 14 of the Act rendering production of certificate under Section 65-B(4) of the Evidence Act inevitable, does not merit acceptance. The words used in Section 65-B(1) sufficiently indicate that the non obstante clause does not extend outside the Evidence Act nor does it curtail the operation of any other law.

The High Court however cautioned that Family Court has no unbridled power in admitting evidence. The hearsay which is inherently inadmissible cannot be therefore acknowledged as an evidence in any proceeding before a Family Court also, said the Court.

Section 14 of the Act is only aimed at mitigating the rigour of sophisticated rules of relevancy and admissibility of the Evidence Act, rather than annihilating the very fundamental rules of proof and natural justice inherent in an ideal legal system. We are therefore, of the view that the Family Courts absolved from the trauma of observing rules of relevancy and admissibility of evidence envisaged by the Evidence Act 1872, are nonetheless bound to adhere to the fundamental rules of evidence based on logic, fairness and expediency and also principles of natural justice.

The High Court also clarified that mere admission of CD in evidence will not amount to proof of its contents. The CD produced before the Family Court cannot be said to be proved unless the contents are also proved despite its admission in evidence. "The purported voice of respondent extracted in the CD in our opinion has to be proved in the same manner as a tape recorded conversation. The petitioner can succeed in proving the alleged riotous dialogue in the CD only when the identity of the speaker is also proved", observed the Court.