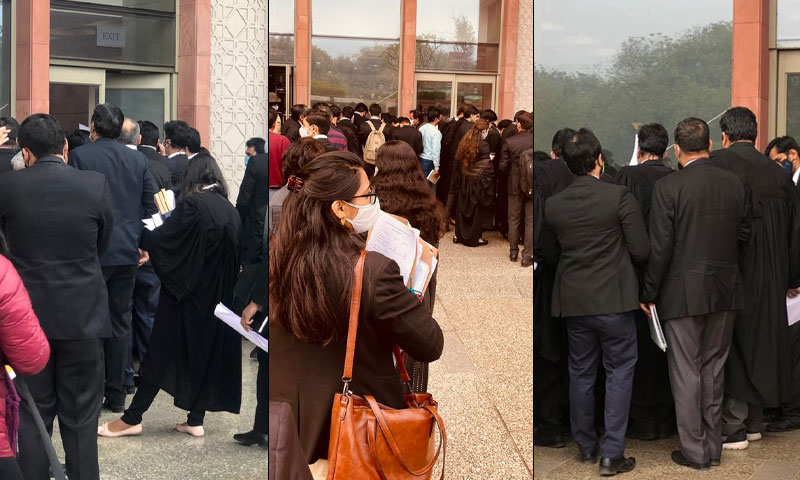 Dismissing petitions by 4 advocates challenging the Delhi government's order to wear masks as part of Covid-19 protocol even while travelling alone in a personal vehicle, the Delhi High Court today observed in a strongly worded order that, "Advocates as a class, owing to their legal training have a higher duty to show compliance especially in extenuating circumstances such as the pandemic. Wearing of masks cannot be made an ego issue."

The single judge bench of Justice Prathiba Singh pointed out that due to their legal training, advocates and lawyers were expected to aid measures to contain the pandemic rather than "questioning the same."

"Compliance by advocates and lawyers would encourage the general public to show greater inclination to comply. The duty of advocates and lawyers is of a greater magnitude, especially in the context of the pandemic for enforcement of directives, measures and guidelines issued under the Epidemic Diseases Act, 1897 and the Disaster Management Act,
2005," the Court said.

The observations were made while delivering the verdict to 4 similar petitions filed by different advocates challenging the order for wearing of a mask in a personal vehicle even while travelling alone. While Adv. Saurabh Sharma challenged the imposition of a fine of Rs. 500 on him for violating the protocol, another petitioner, Adv. Sudesh Kumar complained that he was fined despite having his mouth and nose wrapped with a scarf while driving.

The petitioners took the stance that the Ministry of Health and Family Welfare itself had not issued any such directions, and that in the absence of a law on the subject the imposition of such fines was ex-facie illegal and arbitrary.

The Ministry, during the hearing, however, submitted that health was a state subject under the Constitution and the final word on the issue would be of the Delhi Government.