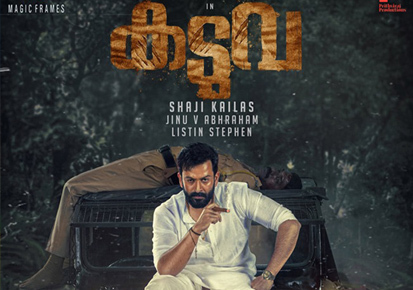 The Kerala High Court on Wednesday held that the conditions set by the Central Board of Film Certification (CBFC) for the theatrical release of a movie should be followed when it is broadcasted on OTT platforms as well.

While adjudicating upon a plea seeing to block the OTT release of the Prithviraj-starrer Malayalam movie 'Kaduva', Justice V.G Arun observed that when the CBFC has already issued directions for a movie, they should be followed even if the OTT rights have been sold.

"I find considerable force in the contention urged on behalf of the petitioner. The Board of Film Certification having considered all aspects and issued the directions at Ext.P8, the party respondents are bound to ensure compliance when their movie is released in theatres or through OTT mode. Therefore, even if OTT rights of the movie is sold, that can only be subject to the above condition."

The Single Judge added that it was high time to introduce a standard to regulate the streaming of movies on OTT platforms and thereby directed the Cente and the CBFC to submit a statement on the steps taken in this regard.

"I am informed that the mechanism for regulating exhibition of movies through OTT platforms, is yet to be finalised. This is an aspect which requires serious deliberation and prompt action. The learned CGC shall cause a counter affidavit/statement to be filed by the first respondent, detailing the steps taken in this regard."

The movie has been hounded by legal issues since the announcement of its release. Initially, the petitioner had launched a civil suit seeking a bar on its publication alleging that the protagonist in the movie is a portrayal of him and that the story itself was an adaptation of his life. He had alleged that the movie contains embellishments and additions to real-life incidents, some of which are per se defamatory to him and his family members.

He had managed to obtain an interim order of injunction against its release but this was short-lived as the injunction application was later dismissed; an appeal against this order met with the same fate.

Upon coming to know that the movie has been presented for examination and certification under the Cinematograph Act, the petitioner had thereby submitted an objection against the grant of certification to the movie under Section 5A.

The High Court had accordingly directed the CBFC to take a decision on the objection after hearing the parties on July 4. The CBFC found that the scenes objected to by the applicant would only be relatable to him if the central character is named Kuruvachan. Thereby, it had demanded that the name of the protagonist character be modified.

Accordingly, the movie debuted in theatres on July 7.

The fresh petition which was filed through Advocate Kodoth Sreedharan alleging that the name has not been changed as per the direction. It has been argued that in the versions of the movie that were shown in Indian theatres, the protagonist's name had been changed to Kuriyachan.

However, according to the complaint, the name Kuruvachan was still used in the version that was being screened overseas. To support his claims, the petitioner had also furnished documentation of the film's screenings in the United States and the United Arab Emirates.

Thereby, he prayed that the OTT release of the film be suspended and sought an order of injunction to restrain the makers of the movie from screening and releasing the movie in full or in parts or its trailers, teasers or songs, or by changing its name, in theatres or any other media/OTT platform/social media pages etc. in audio or video form.

However, the respondents submitted that the OTT rights of the movie had already been sold to a third party and the movie was likely to be released on an OTT platform on August 4.

Reliance was placed on Section 79 of the Information and Technology Act and the Supreme Court decision in Google India Private Limited v. Visaka Industries to convince the court that since the CBFC had passed an order to change the name of the protagonist, the respondents were bound to ensure that the directions are complied with, even when the movie is exhibited through an OTT platform.

Finding considerable force in the argument of the petitioner, the Court directed the respondents to ensure that the directions of the CBFC are complied with while exhibiting the movie on OTT platforms.

Nevertheless, the action entertainment has been released on OTT platforms yesterday as scheduled.

The matter will be taken up again after two weeks.