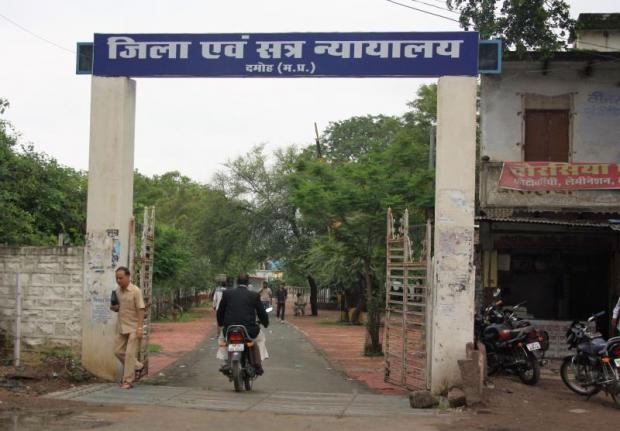 An Additional Sessions Judge in district Damoh, of Madhya Pradesh has voiced concern that "anything untoward" can happen to him and has suspected that the police and the Murder Accused may level false allegations/charges against him.

RP Sonkar, the additional district judge (ADJ-II) of Hatta in Damoh district is presently conducting a trial in the high-profile murder case of Congress leader Devendra Chaurasia and he expressed serius apprehensions while he was recording the police statement on action taken on an arrest warrant against Govind Singh Thakur - the BSP lawmaker's husband.

"I firmly believe that the Superintendent of Police, Damoh in collusion with his subordinates can put up false serious allegations against me and anything untoward can happen to me."

Thus, the Judge has requested the Sessions Judge to transfer the hearing in the case to some other court if he thinks fit as he has also alleged that "tremendous pressure is being created upon him" as the accused persons are "politically dominant".

In the order sheet, the ADJ has also stated that he got to know that SDOP, Hata, Bhavna Dangi had stated that she would be raising a complaint against him (Judge) before the Chief Justice of the High Court where she would allege that Mr. Sonkar (Judge) harassed her.

As stated, the Judge is presiding over a trial in the high-profile murder case of Congress leader Devendra Chaurasia in which Bahujan Samaj Party (BSP) MLA Rambai's (who represents the Patharia seat of Damoh district) husband Govind Singh and her several relatives have been named as accused.

As reported by the Indian Express, Congress leader Devendra Chourasia had switched over from the BSP a few days ago before he was killed in March 2019.

Significantly, when the Congress was in power in Madhya Pradesh, the BSP MLA Rambai was supporting the Kamal Nath Government, however, with the change in the leadership in the State, she switched her loyalty to support BJP's Shivraj Singh Chouhan government.

After his murder, his son had alleged that the Congress party had given him a free run despite proof of his crimes because the Kamal Nath government at the time needed the BSP to survive.