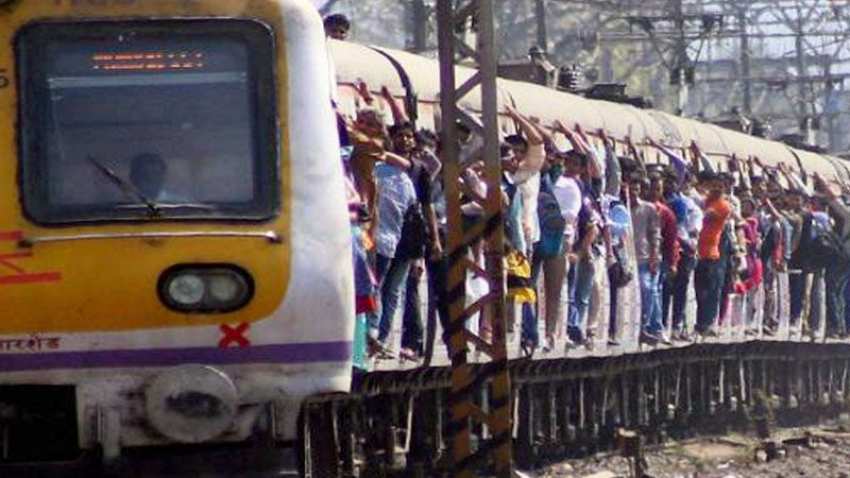 The Bombay High Court on Monday asked the Maharashtra Government to consider allowing lawyers to travel on local trains for professional work not related to court proceedings.The Court also asked the state government to consider the case of registered advocate clerks, who have to travel for work other than court filings. The state was asked to take a decision preferably by today."Insofar as...

The Bombay High Court on Monday asked the Maharashtra Government to consider allowing lawyers to travel on local trains for professional work not related to court proceedings.

The Court also asked the state government to consider the case of registered advocate clerks, who have to travel for work other than court filings. The state was asked to take a decision preferably by today.

"Insofar as the lawyers having professional work not related to court proceedings as well as registered clerks, who have work to perform other than physical filing of matters, this Court requests the Government to take a decision, preferably by tomorrow, and inform the same to the learned advocates for the petitioners", a bench comprising Chief Justice Dipankar Dutta and Justice G S Kulkarni ordered.

"Having regard to the fact that the Government has been opening up activities of different sectors as part of "MISSION BEGIN AGAIN" programme but there has been no corresponding increment in the category of service providers who could avail the increased train services, apart from lady passengers, the Government may consider the desirability of allowing daily wagers, vendors, shop employees, staff of hotels and restaurants, cinema halls, multiplex and other needy people to avail of the local train services during non-peak hours. This Court expresses hope and trust that a decision taken in the light of the above by the State would be a step in the proper direction to address their concerns", the bench ordered.

Chief Justice Datta remarked that lawyers will travel only for professional purposes, even those not related to court proceedings, and hoped that there won't be any misuse since it is a noble profession. The Bench has asked the Advocate General to get back by today as far as lawyers are concerned. A request has also been made to the Bench (by the lawyer for the legal sector) to consider allowing clerks working in legal offices to travel during non-peak hours.

Local trains are currently being operated only for essential services staff and government employees in view of the Covid-19 outbreak.

Last month, the HC has asked the state to permit lawyers who had physical hearings in the Bombay High Court as well subordinate courts in MMR region to travel to court by local trains on "experimental basis". The HC on Monday said the arrangement will continue till further orders.

In a note prepared by the Advocate General, it was submitted that the local trains have less commuters during peak hours as compared to their capacity, but a large number of people travel without identification and tickets, leading to a huge revent loss. He indicated that staggering of office timings will be considered after a discussion with the relevant stakeholders, to ensure that trains run at maximum capacity even after ensuring social distancing norms are followed, and there is no revenue loss to the state and railways. He also submitted that the Chief Secretary of the State constituted a committee to deliberate local train services for the private sector. Further, all women, irrespective of engagement in essential and non-essential services will be allowed to avail of local trains between 1100 hours and 1500 hours and 1900 hours to the time the last local operates. Private guards in uniforms and ladies special trains have also been requested.

The AG added that to ensure that there is no wastage of revenue resources, the issuance of QR codes to all essential services staff will be implemented in a time bound munner. Steps have already been taken to allow differently abled and cancer patients to travel in special compartments. Further, trains have now started stopped at most stations to reduce the burden on them. The mono rail has been started as of day before, and the metro rail service has been started as of yesterday. There are no restrictions on who can board the trains, but only on the number of people who can. He further stated that only 3 aspects of the Court's order have not yet been complied with. Concrete proposals to involve the concerned ministers are being taken, secondly the meeting with the various stakeholders is yet to be hold, and finally as far as opening up transport for lawyers is concerned, a meeting has been scheduled with the bar council and the high empowered committee. He also stated that they are presently inclined to allow lawyers to use local trains for professional services. While there has been a meeting regarding colour coding and staggering of office hours, they are still pondering over its implementation..

At this point, Justice Datta enquired about the pre-pandemic office hours and proposed that consultation should be undertaken to shift them. He also enquired about daily wagers and shop employees, who are presently not being allowed to avail local train services, as the most needy sector, and remarked that the categories have to be identified by the most appropriate department of the government. The Advocate General suggested two categories that can travel during non-peak hours – salons and gyms- as they resume work early in the day. He said that meetings with various organisations requesting the opening up of their sectors have been planned.

Justice Kulkarni interjected saying that sectors that have been opened up, wherein people are genuinely tending to their duties should be permitted to travel by local trains as a matter of basic survival. Justice Datta added that trains not having the desired occupancy during non-peak hours is not a new feature, revenue loss should be reduced by allowing more people to travel by staggering office timings.

The Bench agreed that it is going to be a challenging exercise, a very effective machinery is needed- such as green channels, bifurcating the entries and exits.

The Advocate General remarked that the difficulty is in monitoring the entry and exit points and 2 weeks time is required for substantial progress to happen wherein staggering and issuance of QR codes will be worked out. The trains are being increased as per demand but time is required to deliberate the maintenance of social distancing norms during peak hours and identifying people who are allowed to travel at a specific time. The Bench listed the matter for the 29th of October to get more clarification on other sectors except lawyers.