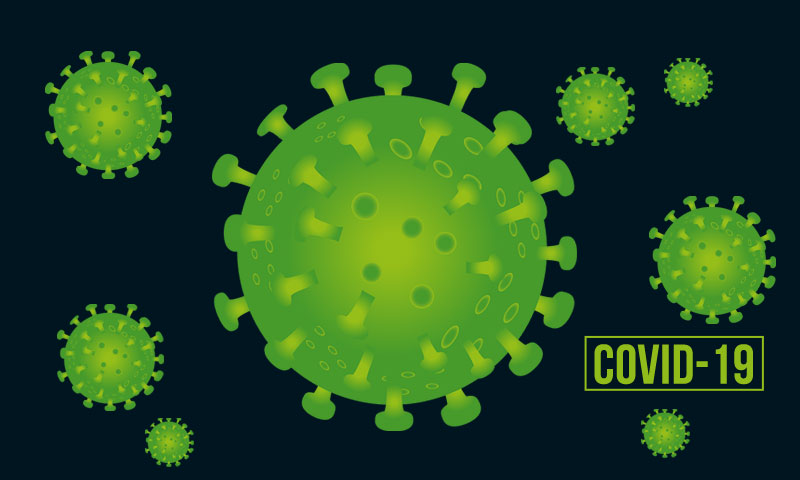 The Bombay High Court's bench at Nagpur while conducting a hearing via video conference on Wednesday asked the Union Ministry of Health and Family Welfare to consider starting rapid antibody-based test for COVID-19 considering the results of the said test are obtained in 30 minutes only.Justice AS Chandurkar was hearing a writ petition tagged along with public interest litigation seeking...

The Bombay High Court's bench at Nagpur while conducting a hearing via video conference on Wednesday asked the Union Ministry of Health and Family Welfare to consider starting rapid antibody-based test for COVID-19 considering the results of the said test are obtained in 30 minutes only.

Justice AS Chandurkar was hearing a writ petition tagged along with public interest litigation seeking various directions and steps to combat coronavirus. The court directed the Collector, Nagpur as well as the Nagpur Municipal Corporation Commissioner, to consider whether wearing a mask in public should be made mandatory.

Similar directions were passed by a division bench two weeks back and compliance of these directions, several affidavits were filed.

District Collector, Nagpur in his affidavit stated that with regard to the matter of setting up of separate isolation wards in jails across Vidarbha Region, the Superintendent, Nagpur Central Prison on April 3, 2020, informed the Office of the Collector that a separate quarantine barrack has been prepared and fifteen isolation wards are reserved in Nagpur Central Prison.

Furthermore, in order to help migrant workers stranded at various places in the district, directions have been issued to ensure that food is provided through 'Shivbhojan Thali Yojna' at various centres in the State. The rate of that Thali has been reduced to Rs.5/- for a period of further three months to facilitate the provision of meals to workers, migrants and homeless persons.

41 shelter homes have been created in Nagpur District (Rural) Area with a capacity to accommodate 4990 migrant workers. Out of the aforesaid in twelve shelter homes about 475 migrant workers have been accommodated. Also, the District Administration has isolated about thirty people in the district who had reported about their travel history and visit to Nizamuddin Markaz.

On behalf of NMC, the Additional Health Officer filed an affidavit in which it has been stated that the Municipal Corporation has been conducting surveys to identify COVID-19 patients in ten zones in the city of Nagpur. Moreover, 24 x 7 emergency control room has been made functional and steps have been taken to ensure that medical help is made available to all.

Shelter homes have been created with a capacity to hold 1691 persons. At present 980 persons are staying in these homes.

172 shelter homes have also been made available to accommodate 6806 persons and presently 5556 persons are staying in these shelters.

Amicus Curiae Anup Gilda told the Court that insofar as setting up of VRDL facility at Akola and Government Medical College at Nagpur is concerned, ICMR could be directed to consider granting approval to these facilities. He emphasized that Prevention and Protective Equipment (PPE) or Hazmat Kit must be supplied to the doctors, nursing staff and sanitation workers at MLA Hostel as well as at private Medical Colleges where such patients are being treated.

Referring to an advisory dated April 4, 2020, issued by ICMR with regard to the conduct of rapid anti-body based blood test, Gilda submitted that this test could be directed to be conducted since the result of such test is available within a period of 30 minutes and the same would facilitate early action.

Advocate TD Mandlekar appeared on behalf of Dr.Anoop Marar in an intervention application to highlight the importance of rapid antibody test to identify and screen COVID-19 patients. According to him, presently PCR testing facility is available only at three places in the city which test is time-consuming and also costly. As per the Advisory issued by the ICMR antibody test could be implemented considering its cost-effectiveness and lesser time taken to indicate the results.

On the other hand, petitioner's counsel Ram Heda suggested that wearing protective masks must be made mandatory for the members of public whenever they are required to come on the streets during the period of lockdown.

Additional Solicitor General UA Aurangabadkar opposed the application for intervention and sought time to file a reply to the same.

AGP DP Thakre referred to the affidavit filed on behalf of the District Collector and stated that approval for setting up of VRDL facility at Akola, Yavatmal, Chandrapur and GMC Nagpur has been granted in principle. It would now be necessary for the ICMR to consider whether the VRDL facility being provided at these places is liable to be approved, he added.

"As regards the suggestion made on behalf of the Intervener with regard to the efficacy of the rapid antibody-based blood test based on the Advisory issued by the ICMR, it would be necessary for the Ministry of Health and Social Welfare through its Secretary to consider whether the rapid anti-body test could be directed to be conducted especially keeping in view the short time required for indicating the result of such test. Similarly, the strategy for use of this test and especially the aspect of home isolation as an alternative to hospital treatment is also a relevant aspect to be taken into consideration. This would enable easing the pressure on hospitals at this crucial time."

The court granted time to ICMR in order to enable it to take an expeditious decision on the grant of approval to the VRDL facilities for testing of COVID-19 at Akola, Yavatmal, Chandrapur and at the Government Medical College, Nagpur.

Court also directed the respondents to follow previous directions in the matter 'in their true spirit.'