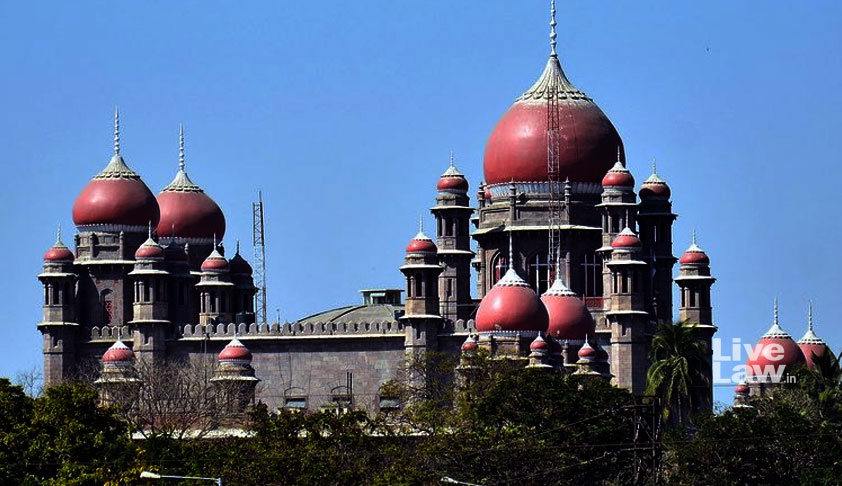 The Telangana High Court yesterday, upheld the constitutional validity of the Telangana Heritage (Protection, Preservation, Conservation and Maintenance) Act, 2017, (impugned Act) and stated that merely because a law was badly drafted, could not be the reason for setting aside the same. The court also reiterated that the decision of the Council of Ministers to demolish heritage site of...

The Telangana High Court yesterday, upheld the constitutional validity of the Telangana Heritage (Protection, Preservation, Conservation and Maintenance) Act, 2017, (impugned Act) and stated that merely because a law was badly drafted, could not be the reason for setting aside the same. The court also reiterated that the decision of the Council of Ministers to demolish heritage site of Irrum Manzil was arbitrary.

Irrum Manzil is a 150 room palace on top of a hillock known as "red hill" in Hyderabad, designed by Nawab Safdar Jung Musheer-ud Daula Fakhrul-Mulk in 1870. This heritage site had been declared as "protected heritage buildings" under Regulation 13 of the Bhagyanagar Urban Development Zoning Regulations, 1981, framed under the Andhra Pradesh Urban Areas (Development) Act, 1975.

Regulation 13 restricted the demolition of "heritage buildings", without the prior written permission of the Vice-Chairman, Hyderabad Urban Development Authority (HUDA), acting on the advice of the Heritage Conservation Committee.

Subsequently, on metropolitanization of Hyderabad, the Hyderabad Metropolitan Development Authority Act, 2008 (HMDA) was brought into force and HUDA was abolished. In 2010, the Metropolitan Development Plan along with the Land Use Zoning Regulations, (Zoning Regulations, 2010) were adopted under HDMA and the site of Irrum Manzil was earmarked as falling within the 'Special Reservation Zone' for protection of heritage buildings.

Therefore, the government assumed that there was no law which protected the "historical monuments" and in order to protect such structures and sites, the State enacted the impugned Act and prescribed the constitution of Telangana State Heritage Authority. Furthermore, being of the view that with the repeal of Regulation 13 of the Zoning Regulations, 1981 in 2015, Irrum Manzil had lost its status as "a protected heritage building", and wanting to construct a new legislative complex for the new State of Telangana, the Council of Ministers, on June 18, decided to construct the legislative complex at the Irrum Manzil.

The Petitioner had challenged the order for demolition of Irrum Manzil Heritage structure and the constitutional validity of the impugned Act. In this regard, the main arguments raised by the Petitioner, through Advocate P. Niroop Reddy were that:

On behalf of the state, the Additional Advocate General, J. Ramchandra Rao, firstly submitted that:

The State legislature was competent to enact the impugned Act dealing with "historical monuments", "heritage buildings" and "historical monuments" under Article 246(3) of the Constitution read with Entry 12, List-II of Seventh Schedule of the Constitution. Further, the impugned Act did not violate the fundamental rights of people but in fact, since "heritage" is part of the identity of an individual, by protecting "heritage buildings", the Act enforced and protected the right to life.

In this view the State contested the maintainability of the petition stating that the Petitioner had not challenged the validity of the impugned Act on the three well-known grounds, namely

It was further contended that:

The division bench of Chief Justice Raghvendra Singh Chauhan and Justice Dr. Shameem Akther observed that there is a presumption in favor of the constitutional validity of an enactment and the burden of proof lies on the party who claims that the law is unconstitutional to establish the said claim; at which the Petitioner had failed.

The court said that the constitutional validity of a provision of law can be challenged only on three grounds as pointed out by the State and the Petitioner had made no mention of the same.

The court also held that the repeal of Regulation 13 of the Zoning Regulations, 1981 was not obliterated or extinguished its presence within the Zoning Regulations of 2010 as it was legislation by reference. "…it is a settled principle of law that even if the parental Act dies, the incorporated part continues to survive. Moreover, a subsequent modification or repeal does not affect the incorporated portion", the bench said. In this view it was held that the applicability of the Act would continue to operate within Hyderabad and its applicability to the whole State of Telangana was in fact defective. However, it was also pointed out that "merely because a law may not be well drafted, and may be unclear, that itself would not make the law unconstitutional".

On the basis of the aforesaid observations, the court upheld the sanctity of the Telangana Heritage Act. Further, it was stated that in W.P. (PIL) Nos. 79 and 86 of 2019, the high court had already held that the decision of Council of Ministers to demolish Irrum Manzil was indeed, arbitrary and had set aside the same.