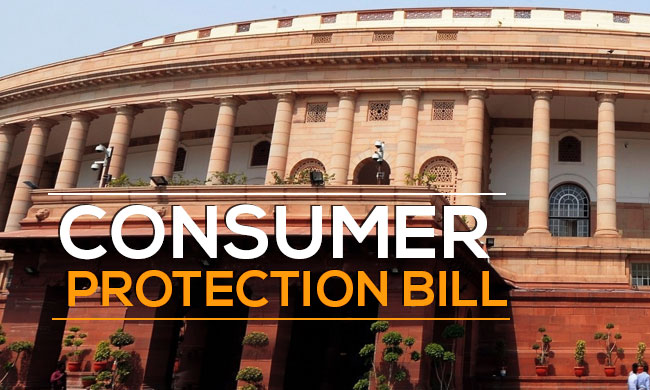 The Rajya Sabha on Tuesday passed the Consumer Protection Bill 2019, which seeks to wholly replace the Consumer Protection Act 1986.The Lok Sabha had cleared the Bill unanimously on July 30. Union Minister for Consumer Affairs, Food and Public Distribution Ram Vilas Paswan who tabled the Bill said that a new law for strengthening consumer rights was necessary in view of the modern...

The Lok Sabha had cleared the Bill unanimously on July 30.

Union Minister for Consumer Affairs, Food and Public Distribution Ram Vilas Paswan who tabled the Bill said that a new law for strengthening consumer rights was necessary in view of the modern day challenges.

The Bill with 109 clauses seeks to establish a national level regulator -Central Consumer Protection Authority- to deal with consumer complaints on a proactive measure. The present law does not have a regulator.

(i) falsely describes such product or service; or

(ii) gives a false guarantee to, or is likely to mislead the consumers as to the nature, substance, quantity or quality of such product or service; or

(iii) conveys an express or implied representation which, if made by the manufacturer or seller or service provider thereof, would constitute an unfair trade practice; or

(i) any message, verbal statement, demonstration; or

(ii)depiction of the name, signature, likeness or other identifiable personal characteristics of an individual; or

(iii)depiction of the name or seal of any institution or organisation,which makes the consumer to believe that it reflects the opinion, finding or experience of the person making such endorsement;

product seller, of any product or service, to compensate for any harm caused to a consumer by such defective product manufactured or sold or by deficiency in services relating thereto;

According to 2(22), "harm", in relation to a product liability, includes—

(i) damage to any property, other than the product itself;

(iii) mental agony or emotional distress attendant to personal injury or illness or damage to property; or

(iv) any loss of consortium or services or other loss resulting from a harm referred above.

(i) any act of negligence or omission or commission by such person which causes loss or injury to the consumer; and

(ii) deliberate withholding of relevant information by such person to the consumer;