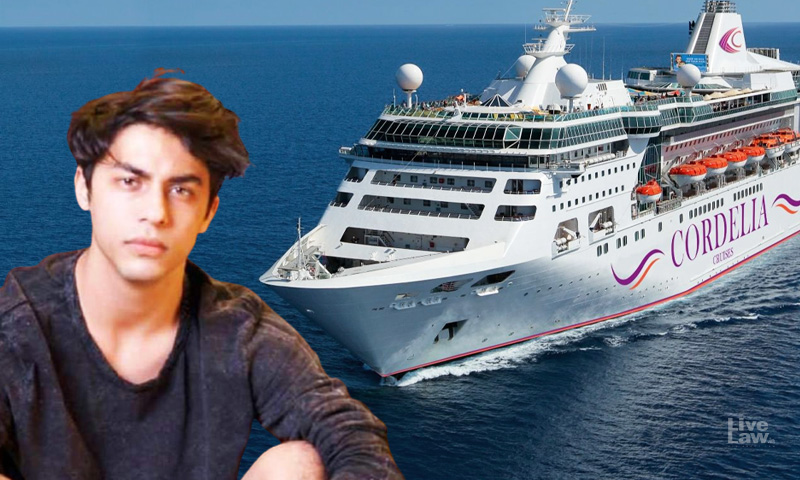 The Special NDPS Court granted the Narcotics Control Bureau's SIT an extension of 60-days to file the charge sheet in the in the Cordelia drugs case in which Shah Rukh Khan's son - Aryan – is an accused. Special judge VV Patil reserved the plea for orders yesterday after hearing the prosecution and counsels for two accused – Abul Shaikh and Chinendu Igwe- at length. Of the 20...

The Special NDPS Court granted the Narcotics Control Bureau's SIT an extension of 60-days to file the charge sheet in the in the Cordelia drugs case in which Shah Rukh Khan's son - Aryan – is an accused.

Special judge VV Patil reserved the plea for orders yesterday after hearing the prosecution and counsels for two accused – Abul Shaikh and Chinendu Igwe- at length. Of the 20 accused, Shaikh and Igwe are the only ones still in prison.

The reasons include non-cooperation from the accused in giving their passwords etc and the necessity to re-record "witness" KP Gosavi's statement, who is accused of corruption and currently in the Pune police's custody in a cheating case.

Sethna contended that the application filed under section 36A (4) of the NDPS Act was filed within the 180-day period. Therefore, the accused wouldn't be entitled to default bail even if the order was passed after 180 days.

He said that neither was the prosecution "holy cows," nor were the accused "holier than thou. Both sides have stories to tell."

Sethan argued that they are yet to record statements of 15 key suspects. Fending allegations of impropriety Sethna said that there was no mandate to give the accused a copy of the prosecutor's report.

Advocate Kushal Mor along with Advocate Apoorv Srivastav for Abdul Kadar Shaikh opposed the plea stating that it was ploy to keep them behind bars. He submitted that the investigation was clearly complete against his client.

He submitted that the court would have to decide if the agency is duty-bound to at least file their initial investigation report at this stage, after which they can continue with their investigation. Mor further argued that the circumstances in the charge sheet were not compelling enough.

Regarding allegations of non -cooperation, Mor said that the accused have the right to remain silent.

Advocate Ayaz Khan appearing for the second accused in custody, Chinendu Igwe requested the Court to record his statement to the effect that he is "handicapped" as the prosecutor's report is not supplied to him and therefore he is unable to expose the prosecutor's non-application of mind.

He cited the case of actor Rhea Chakraborty wherein despite over 30 accused a supplementary charge sheet was filed, implying that the SIT could have easily done the same in the present case.

Khan, who was briefed by Advocate Gorakh Liman further argued that analysis of digital data was not even a ground for extension of chargesheet.

On October 3, 2021, the NCB arrested Aryan Khan along with several others following an alleged drug bust where the Cordelia Cruise Ship was docked. While nothing was recovered from Khan, his friend Arbaaz Merchant was allegedly found in possession of 6 gms of charas. Another 5gms of hashish was reportedly retrieved from one Munmun Dhamecha.

Subsequently, other guests on the ship as well as alleged drug peddlers were arrested in the case.

The Bombay High Court said in its order granting bail to Khan and the other two on October 28, 2021, that prima facie there was no evidence on record to infer that Aryan Khan and his friend Arbaaz Merchant conspired to commit offences under the NDPS Act.

It may be noted that earlier, Prabhakar Sail, a panch witness in the case, had made startling allegations about extortion and pay-offs involving KP Gosavi (a private person at the NCB raid whose picture with Aryan Khan went viral even before he was formally arrested), the investigating officer and then NCB Mumbai Zonal Director Sameer Wankhede and others, in a notarized affidavit.

As a result of these allegations the case is now being investigated by a Special Investigation Team of the NCB in Delhi.