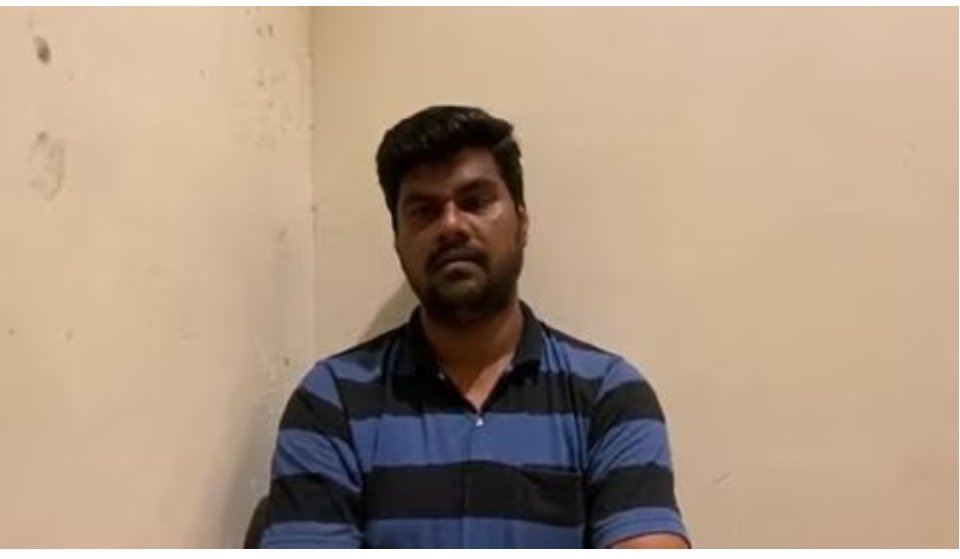 Prabhakar Sail, a witness in the Narcotics Control Bureau's Cordelia Cruise Case involving actor Shah Rukh Khan's son Aryan Khan, has died purportedly due to a heart attack in Mumbai on Friday. Sail was living with his wife and two children in a rented apartment in an eastern suburb of Mumbai called Mahul. According to Sail's Advocate Tushar Khandare, Sail had complained of chest pain...

Sail was living with his wife and two children in a rented apartment in an eastern suburb of Mumbai called Mahul. According to Sail's Advocate Tushar Khandare, Sail had complained of chest pain on Friday afternoon, after which he was taken to a local hospital. Soon he suffered another attack and was eventually declared dead around 4pm. His body was taken to another eastern suburb Ghatkopar's civic-body-run Rajawadi Hospital for a post-mortem. According to Khandare, the post-mortem was yet to be conducted at the time of filing this report.

Khandare, however said that none of Sail's family members were available for comment.

Sail had filed an affidavit before the NCB and the Mumbai Police alleging a deal involving another witness in the NCB's case, KP Gosavi, then NCB Mumbai boss Sameer Wankhede and Shah Rukh Khan's Manager Pooja Dadlani.

Sail was a panch witness in the case and had made startling allegations of extortion and pay-offs involving Gosavi (a private person at the NCB raid whose picture with Aryan Khan went viral), the investigating officer and NCB Mumbai Zonal Director Sameer Wankhede and others, in a notarised affidavit.

Sail claimed to be Gosavi's personal bodyguard and alleged that he was called to the NCB office and was asked by Sameer Wankhede to sign as a panch witness of the case and his signature was taken on 10 blank paper sheets. Gosavi and Sail are the two panch witnesses to the seizure of contraband from Aryan Khan's friend Arbaaz Merchant.

Sail further claimed in the affidavit that he had overheard Gosavi telling one Sam D'Souza that "you put a bomb of Rs 25 crore, let's settle for Rs 18 crore because we have to give Rs 8 crore to Sameer Wankhede." This was after Gosavi left the NCB office on the intervening night of October 2 and 3 – after Khan and others were brought to the NCB office.

Sail's affidavit said a few minutes later he saw Pooja Dadlani talking to Gosavi and later he was asked by Gosavi to go to a particular location to collect Rs 50 lakh cash. He claimed to have collected two bags of cash and delivered it to Gosavi after that.

"Till such time we reached Lower Parel (from NCB office) K.P. Gosavi was talking to Sam on the phone and stated that you put a bomb of 25 crores and lets settle at 18 final because we have to give 8 crores to Sameer Wankhede…..After a few minutes one blue colour Mercedes came to the spot and I saw Pooja Dadjani (Shahrukh's manager) came in the car. Sam, K P Gosavi and Pooja Dadlani sat in the Mercedes and started talking. Then we all left after 15 min…

….We reached Vashi and immediately KP told me to take Innova car and go to Tardeo signal near Indiana hotel and collect 50 lacs cash. I reached around 9:45 a.m at the said place where one white colour car no. 5102 came and gave me 2 bags filled with cash. Which I took to Vashi at his home and gave it to Kiran Gosavi", the affidavit stated.

It further added that when Sam counted, the bag had only Rs 38 lakh. Sail's affidavit also alleged that NCB officials may kill or abduct him…"As seen in big cases, witnesses often are killed or taken away and I therefore want to state the truth", it said.

A few days later, the illicit drugs trafficking case was taken away from Wankhede and the Mumbai team and handed over to a Special Investigating Team from NCB, Delhi.

Another Special Investigations Team of the Maharashtra Police was set up to investigate the allegations Sail made against KP Gosavi and Sameer Wankhede.