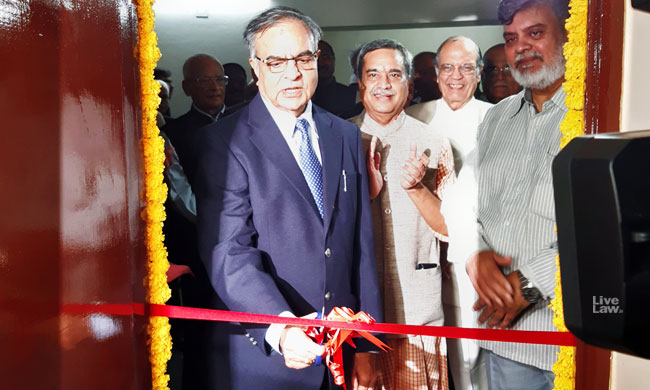 The Gujarat High Court has set an information hub on the lines of a  'corporate style war room' within the High Court premises to maintain and monitor data and statistics on the judiciary in Gujarat.

The facility was inaugurated by Acting Chief Justice Anant S Dave in the Gujarat High Court, after the flag hoisting ceremony on Independence Day

The facility working under the aegis of SCMS in the premises of the High Court will be equipped with large display monitors with attached computers, LED projector, Video Conferencing Setup with access to live streaming of the footage of CCTV network installed in the lower Courts. 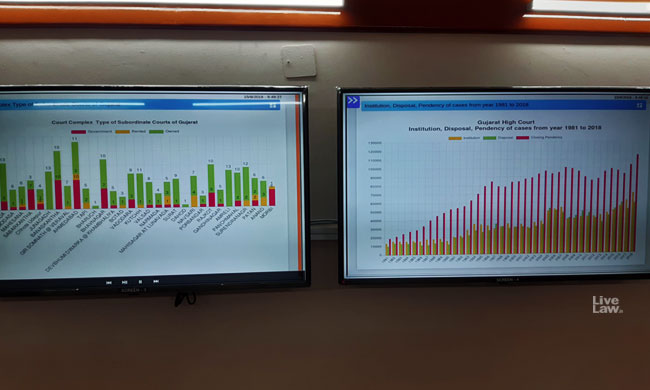 This "War Room" will act as a centre for all compiled statistics with as on date data relating to all spheres of administration of justice i.e. judicial, administrative, financial, physical infrastructure and human resources across the judicial setup of state of Gujarat. The War Room will be the nodal point for dissemination of all such statistics to the Honourable Supreme Court of India as well as various other organs of the Government i.e. Parliament, State Legislature, Central ,State Government etc.

A press release issued by the Gujarat HC in this regard stated :

The War Room will also statistically maintain and monitor in the State Judiciary of Gujarat, the parameters and objectives of the six elements of National Court Management Systems (NCMS) including the National Framework for Court Excellence (NFCE) as envisaged in the Policy and Action Plan of the Supreme Court of India.The War Room will also help the High Court Registry in planning and monitoring of allocation and expenditure under different budget heads, residential accommodation, court complex infrastructure and also the Financial Commission Resources allocated for the justice sector in the State of Gujarat. It has been instructed to all the branches and sections that, any information required, may be sought from the War Room as it is going to have all compiled statistics for the Subordinate Judiciary also. This is going to be a major news of comfort and respite for the registries of lower judiciary of the State from preparing and providing any urgent information; thereby saving enormous man-hours in manually working on oft-repeated reports which would now be compiled centrally at the War Room.