Corruption A Termite And Root Cause Of All Problems Like Poverty, Inequality, Illiteracy, Social Unrest, Etc: Allahabad High Court 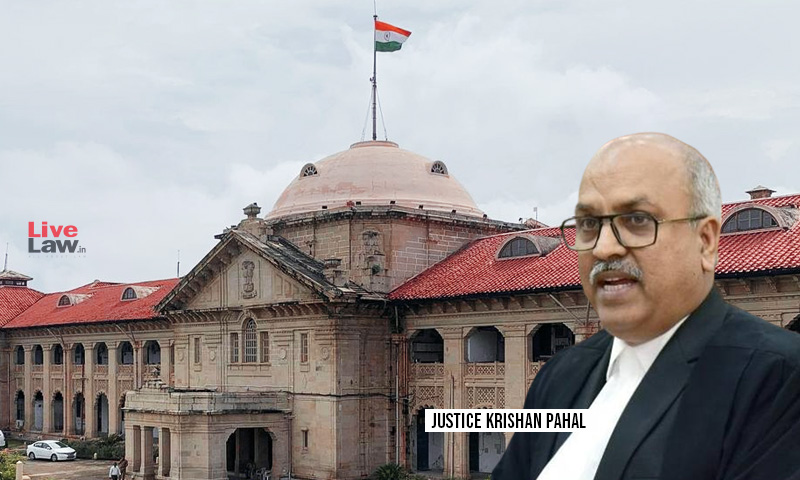 The Allahabad High Court recently made significant observations on the growing menace of corruption in society. It observed that it is like a termite in every system and once it enters the system, it keeps on getting bigger and bigger."Corruption is a termite in every system. Once it enters the system, it goes on increasing. Today, it is rampant and has become a routine. Corruption is the...

The Allahabad High Court recently made significant observations on the growing menace of corruption in society. It observed that it is like a termite in every system and once it enters the system, it keeps on getting bigger and bigger.

"Corruption is a termite in every system. Once it enters the system, it goes on increasing. Today, it is rampant and has become a routine. Corruption is the root cause of all the problems, such as poverty, unemployment, illiteracy, pollution, external threats, underdevelopment, inequality, social unrest. The menace has to be put into account. The offence is against society. The Court has to balance the fundamental rights of the accused to the legitimate concerns of the society at large vis-avis the investigating agency," the Court remarked

The bench of Justice Krishan Pahal averred thus while hearing the anticipatory bail plea of Dr. Rajeev Gupta M.D., who has been arraigned as an accused in a corruption case. While denying him bail, the Court also stressed that the medical practitioner should follow the oath which is administered to them at the time of convocation as provided by the Indian Medical Association.

"The medical practitioner administers an oath at the time of convocation as provided by Indian Medical Association which is an extension of Hippocratic oath taken the world over. The oath is not merely a formality. It has to be observed and followed in letter and spirit. It is on these lines that the apex medical education regulator, National Medical Commission has suggested that the Hippocratic oath be replaced by 'CHARAK SHAPATH' during the convocation ceremony for graduates in medical services," the Court averred.

A written complaint was made by ACB Lucknow in May 2019, wherein it was alleged that Dr. Sunita Gupta, the then Sr. D.M.O., Northern Railway (N.R.), Divisional Hospital, Charbagh, Lucknow and her husband Dr. Rajeev Gupta, Professor, KGMU, Lucknow (applicant herein) were in possession of disproportionate assets to the tune of Rs 1 Crore 80 Lacs during the period between Jan 2009 to July 2016.

It was further alleged that Dr. Rajeev Gupta abetted the possession of assets disproportionate to known sources of income by Dr. Sunita Gupta. Thereafter, a case was registered against him under Sections 13(2) r/w 13(1)(e) of PC Act, 1988 and Section 109 IPC. During the search of his house, a total of 1 Crore, 59 lakh rupees were found from the cupboard.

However, the counsel for Dr. Gupta, in his anticipatory bail plea, submitted that the applicant had been falsely implicated in the case and the money recovered from his possession was his own and hard-earned money which was the result of his private practice as he used to treat various cancer patients.

On the other hand, the Counsel for the CBI submitted that an anticipatory bail plea had been filed by Dr. Guptaafter the bailable warrants have been issued against him and that the sanction for prosecution had already been received and the charge sheet had been filed in court.

At the outset, the Court noted that the applicant or any other person (Doctors/Hospital Owners) summoned/examined during the investigation could not produce any valid documentary evidence in support of their statement or explanation offered by Dr. Gupta that the total amount of Rs. 1.59 crore seized from the official residence of Dr. Sunita Gupta was actually earned by the applicant by indulging in private practice, after office hours.

Further, the Court took into account the fact that the counsel for the applicant failed to accord any tenable explanation for the recovered amount and also noted that the applicant is not authorized to take private practice as he is employed in a Government institution.

Against this backdrop, the Court said that the task of the Court is manifold as firstly, it has to ensure that there is no unwarranted misuse or abuse of process to encroach upon life and liberty of the applicant as enshrined under Article 21 of the Constitution and secondly, it has to see that the Rule of law is followed and the administration of justice is not hampered, the guilty is brought to book.

Consequently, the Court dismissed the anticipatory bail plea, however, it did stress that the medical and legal fields are more a service than a profession especially the stream of oncology which deals with life and death.