CLAT 2020 Does Not Have Any Minimum Marks, 2,786 candidates Admitted Today: CLAT Consortium 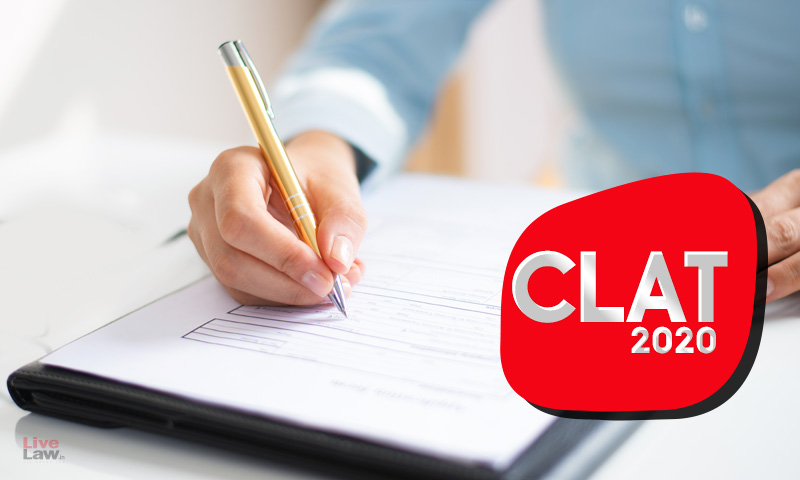 After the Supreme Court today refused to stay the counselling process for admissions to National Law University pursuant to declaration of the CLAT 2020 results on Monday, the NLU Consortium has issued a statement intimating that the counselling has commenced from today.

"The process of Admission to participating National Law Universities of Consortium of National Law Universities has begun today. We had invited 14,992 for UG and 4,081 for PG candidates for the Counselling. Out of 14,992 candidates called for counselling, only 8,227 for UG and 2,166 for PG paid the counselling fee and are now eligible for admission in order of merit," the Consortium said.

It is clarified that those who do not get seat will get full refund of their counselling fee.

5 CLAT aspirants had moved the Supreme Court stating that CLAT 2020 was erroneous, faulty, defective & discriminatory and violative of Articles 14 & 15 of the Constitution of India.

The Consortium has however claimed that CLAT-2020 was a student friendly entrance test conducted for 1.4 crore candidates. It said,

"We had invited objections to the Questions, Key and technical issues to the CLAT-2020. All objections were referred to a 13-member Expert Committee headed by a Retired Judge of the High Court. Accepting many objections, three questions were dropped and Key was modified in respect of four questions. In all only 4839 candidates had filed objections and thus huge majority (54,604 candidates) did not file any objection."

The Supreme Court also refused to pass interim orders and declined to stay the counselling and admissions process. However, it granted liberty to make representation(s) before the Grievance Redressal Committee which is headed by Retired Chief Justice of India regarding their grievances pertaining to the conduct of the Examination.

SC Allows CLAT 2020 Aspirants To Make Representation Before Grievance Redressal Committee Within Two Days; Committee To Decide At The Earliest

The Consortium had called five times candidates of total seats available for UG (2,596 seats) and PG (783 seats) for counselling.

CLAT-2020 does not have any minimum marks and therefore calling of these candidates cannot be faulted. By 5.30 p.m., as many as 2,786 candidates have been admitted to various National Law Universities out of the 1st allotment list released by the Consortium today.

Diversity in National Law Universities has been an issue but this year large number of candidates from rural areas and underprivileged backgrounds have also been selected. In fact out of 200 ST candidates coached by the ST Welfare Department, Government of Madhya Pradesh, as many as 104 were selected for the counselling. Government of Madhya Pradesh has agreed to fully fund the education of these candidates.

Several candidates from small towns also got selected. Strangely on the one hand petitioner's in the Supreme Court favoured diversity and on the other opposed calling of underprivileged candidates with low scores for the counselling.