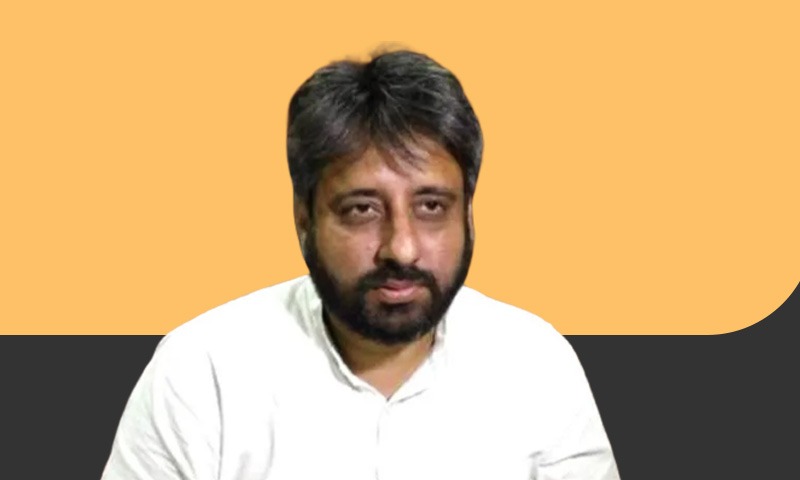 Granting bail to Aam Aadmi Party MLA Amanatullah Khan in a corruption case, a Delhi Court Wednesday said that the allegations against him are not serious and grave in nature. The Anti Corruption Branch (ACB) has accused Khan of carrying out illegal recruitments and financial misappropriation as Delhi Waqf Board [DWB] chairmanSpecial Judge Vikas Dhull granted bail to Khan, who...

Granting bail to Aam Aadmi Party MLA Amanatullah Khan in a corruption case, a Delhi Court Wednesday said that the allegations against him are not serious and grave in nature.

Special Judge Vikas Dhull granted bail to Khan, who is accused of carrying out recruitments of 32 employees on contractual basis in violation of rules and regulations in the capacity of Chairman of the statutory body.

"The accused is admitted to bail subject to his furnishing personal bond in the sum of of Rs 1,00,000/- with one surety in the like amount," the court said in its order.

Khan is also accused of letting out the DWB's properties to the tune of Rs.100 Crores to unauthorized persons, as also granting tenancies of eight properties without calling for the bid or advertisement.

The complainant Hafiz Irshad Qureshi in the 2020 FIR had alleged that there were major irregularities in the operation of Board's bank accounts due to change of signatories in violation of the rules. The funds were unauthorizedly withdrawn and misappropriated, Qureshi alleged further.

While granting bail to Khan, the Court said that there was no material on record to show that any of the recruited employees had paid him any bribe in securing the jobs.

"There is also no material on record to show that these employees had withdrawn their salaries from the Waqf Fund without doing any work or they were not qualified for the job. It has also come on record that previously also, Delhi Waqf Board had recruited employees without there being any rules and regulations," said the court.

The judge also added that while Khan, being the Chairman of Delhi Waqf Board, went ahead with the recruitment in violation of Delhi Government's instruction only to favour his relatives and members of his constituency, there was no material suggesting that he was paid bribe by anyone for the same.

"Therefore, prima facie, there is no material on record to show that as to what extent loss was caused to the exchequer by grant of tenancy by Waqf Board during the tenure of present accused," the judge added.

On the allegation that Khan granted tenancies at lower rate of rent, the court said documents on record reveal that tenancies have been created at a higher rent than the reserve price and previous rate.

"Therefore, from the said document, it is prima facie shown that no loss to the exchequer has been caused with regard to creation of tenancies pertaining to Waqf properties," the court said.

The Court further said that there was no material to show that the grant in aid received in Waqf Fund was in Khan's exclusive domain being the Chairman.

Khan is not a flight risk as he is and has previously been a sitting MLA of Delhi Vidhan Sabha, said the court.

The court also noted that out of the total 24 cases against him, he has been discharged or acquitted in 20 cases.

"Further, there is no chance of tampering of the evidence as primarily evidence in the present case is documentary in nature which already stands seized by the ACB," said the judge.