Court, Lawyers Not Aware Of Efforts Made By State To Reconstruct Case Records Gutted In Fire At AG's Office: Allahabad High Court 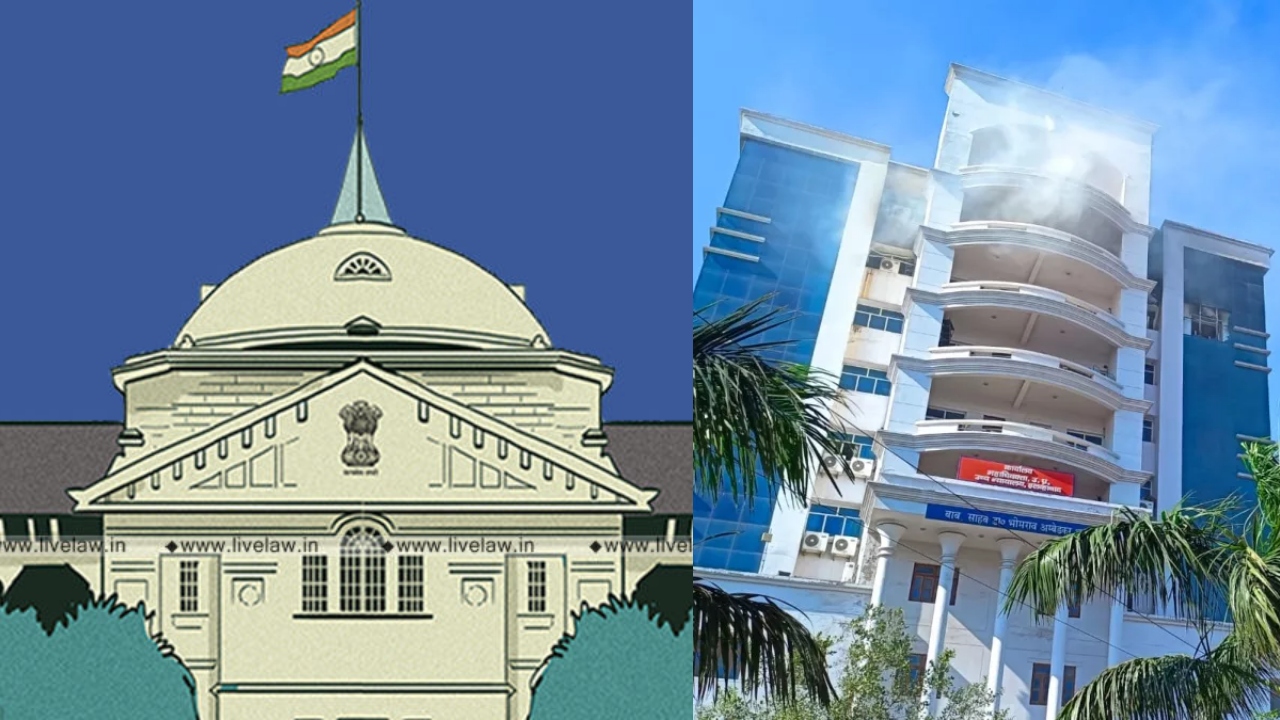 The Allahabad High Court has called it a 'very sorry state of affairs' that the state has failed to reconstruct the case records that were gutted in the fire that broke out on the sixth, seventh, eighth and ninth floors of the State Advocate General Office on July 17.

"...it is a very sorry state of affair that today about one month has elapsed from the said incident dated 17.07.2022 but proper functioning in the office of Government Advocate at Prayagraj has not been restored back. Several cases are being adjourned on account of non-availability of records or proper instructions with the State counsel, as a result thereof, litigants are suffering," the Bench of Justice Sanjay Kumar Singh remarked.

The Court also expressed its anguish over the fact that the lawyers and Courts are not aware of the efforts made by the State Government in order to handle the situation and ensure proper functioning.

The Court further took note of the difficulties being faced by the lawyers on account of the adjournment of the cases due to want of records with the State counsel. The Court observed that it is very difficult for junior/young lawyers to bear the additional expenses of getting the whole record photocopied for providing the same to the State.

The Court also noted that the request for granting two or three weeks time for reconstruction of records and seeking instructions has already been given to the State, however, the request cannot be accepted for an indefinite period.

"This Court is of the view that additional burden/expenses of reconstruction or photocopy of records should be borne by the State Government by installing photocopier machines or developing some other mechanisms which is the duty of the State. This Court is also of the view that for proper adjudication and just decision of the cases, records and proper instructions within time must have been with the State counsel. Though the learned A.G.A. and Brief Holders, who are appearing before this Court are taking much pain in collecting the records from the learned counsel whose cases are being listed and maintaining the same by making entries, etc. in the separate register in order to assist the Court, but it appears that they are also helpless as they are not aware about the further measure adopted by the State Government in the matter of reconstruction of records," the Court further remarked.t

Essentially, the Court was dealing with a criminal appeal, when the Court was informed by the additional Government Advocate that the record of the case was not available due to a major fire that broke out on July 17, 2022 in the office of Advocate General at Prayagraj.

Taking note of the same, the Court sought an affidavit either by the Principal Secretary (Law)/Legal Remembrancer, State of U.P. or by any competent Officer duly authorized by him indicating therein as to what steps/measures have been taken by the State for the reconstruction of records. and seeking instructions in order to ensure the smooth functioning of the Courts within two days.

Failing which, the court added, the Principal Secretary (Law)/Legal Remembrancer, State of U.P. shall appear before this Court in person on the next date of hearing.