COVID-19- Examine If 'Feluda Testing' Could Be Employed In Places Where People Congregate: Delhi High Court To Govt 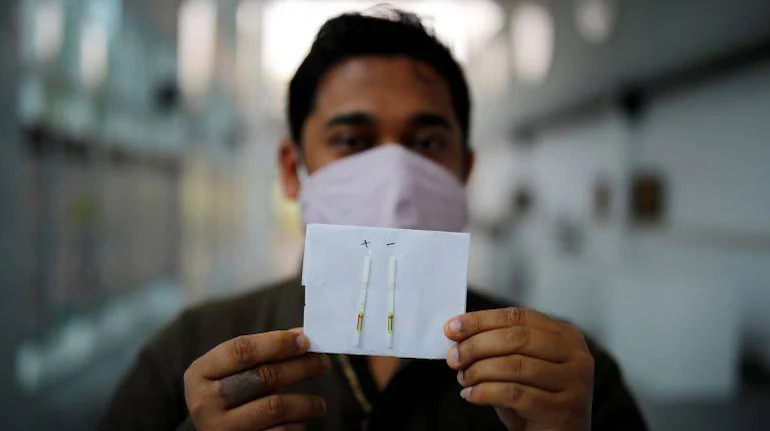 The Delhi High Court last week directed the Government of Delhi to examine whether the Feluda testing could be employed in places where people congregate, as its lab is mobile and the results can be generated in about 1.5 hours. The Bench of Justice Vipin Sanghi and Justice Rekha Palli was hearing a clutch of petitions concerning the covid 19 situation in the...

The Delhi High Court last week directed the Government of Delhi to examine whether the Feluda testing could be employed in places where people congregate, as its lab is mobile and the results can be generated in about 1.5 hours.

The Bench of Justice Vipin Sanghi and Justice Rekha Palli was hearing a clutch of petitions concerning the covid 19 situation in the national capital.

[NOTE: FELUDA is an acronym for FNCAS9 Editor-Limited Uniform Detection Assay. It uses CRISPR-Cas technology for the detection of genes specific to the SARS-CoV-2 virus. In this method, a protein called FnCas9 and a guide RNA (gRNA) which helps in recognizing the viral genes is used. (source)]

Why not use Feluda Test?: Asks High Court

The Court asked ICMR, as to why the Feluda test - which provides faster results in about two hours without compromising accuracy, is not being used as an alternative and only the RT-PCR test is being propagated.

In response to this, the Counsel for ICMR submitted that though the Feluda test, which was developed by the CSIR and marketed by the TATAs, was used extensively in Maharashtra as also for testing during the recently held Kumbh Mela, the same was not being used by most States as a Feluda Kit is costlier vis-a-vis an RT-PCR Kit

He further informed the Court that the Feluda testing has the advantage of being conducted in mobile labs, unlike the RT-PCR Test which is conducted in a fixed lab, and the test has also been approved by the DCGI for commercial launch.

Submissions made by CSIR

Dr. Anurag Agrawal from the CSIR explained to the Court that efficacy of the Feluda test to detect COVID-19 is very high, and almost similar to the RTPCR test.

He also explained that the main advantage of the Feluda test is that the testing process can be taken to the location where the persons required to be tested are situated and, unlike the RT-PCR test, there is no requirement of shipping the sample to a laboratory for testing.

He also informed the Court that even though a letter had been sent by the CSIR to the Chief Secretaries of all States reminding them of this technology, very few States are using the Feluda test.

Lastly, he submitted that though the GNCTD was to start the use of the Feluda test in December, 2020; for which purpose, an initial procurement order was also issued in January 2021, no steps in this regard appear to have been taken thereafter.

Thus, the Court directed the GNCTD to examine whether the Feluda testing could be employed in places where people congregate.

Launch an impactful campaign to educate the public at large: Delhi High Court

Stressing that there is an urgent and imminent need to launch an impactful campaign to educate the public at large on all issues relating to control and treatment of COVID-19 by exploiting the Print Media and audio-visual media such as National Television Channels, the Court observed thus:

The Central Government also assured the Court that the issue of reaching out to the public by use of dialer tones on telenetworks will be taken up on an urgent basis. In this very proceedings, the Court questioned the caller tune used for awareness of covid Vaccination drive.

The Delhi High Court asked the Centre who will get vaccinated where there are not enough vaccines. Stating that there should be some sense of emergency, the Court also asked the Union of India and the GNCTD to ensure steps regarding dissemination of information of covid 19 management.

"You have been playing that one irritating message on the phone whenever one makes a call, for we do not know how long, that you (people) should have the vaccination, when you (Centre) don't have enough vaccine."