In view of standstill of court work due to the outbreak of COVID-19, the Karnataka State Bar Council (KSBC) has launched a KSBC Covid-19 Advocates Relief Fund to help young, women and financially weak lawyers practicing in the state.

By way of the abovementioned funds, the KSBC will assist needy lawyers who depend on their daily earnings for survival, and will make necessary arrangements for food grains and medicines to such Advocates.

The Council intimated that in coordination with some Advocates Bar Associations and with the help of Central and State government, it was already in the process of helping needy Advocates and that the fund was created to further this objective.

In view thereof, the Council has urged the Advocates who are financially stable to "contribute liberally". The details of the beneficiary account have been mentioned in the circular attached below which reads as follows:

"Karnataka State Bar Council (KSBC) a Statutory body of Advocates has requested the Bar Associations to make necessary arrangements for food grains and medicines to the needy Advocates. Some of the Advocates Associations have taken steps to distribute food grains and medicines to its needy members. for financial assistance the KSBC had already requested the Bar Council of India, Central and State Government.

Now the KSBC has also launched the Karnataka State Bar Council Covid-19 Advocates Relief Fund to help needy Advocates. For the said scheme KSBC contributes its funds and also requests the Advocates to contribute liberally. The contribution amount can be directly deposited to the A/C of KSBC and the details of the amount collected and the details of the beneficiaries will be published in the web-site of the KSBC to maintain transparency and accountability."

The move is in suit with Bar Councils of other states that have decided to assist needy lawyers. For instance, the Bar Council of Delhi had passed a resolution last month to extend a grant of ₹5000 per advocate, who were in dire need of help due to the loss of work caused by the restricted functioning of the courts.

Similarly, the Odisha Bar Council had decided to provide financial assistance to the lawyers in need of aid, particularly those having a standing of less than 10 years practice. 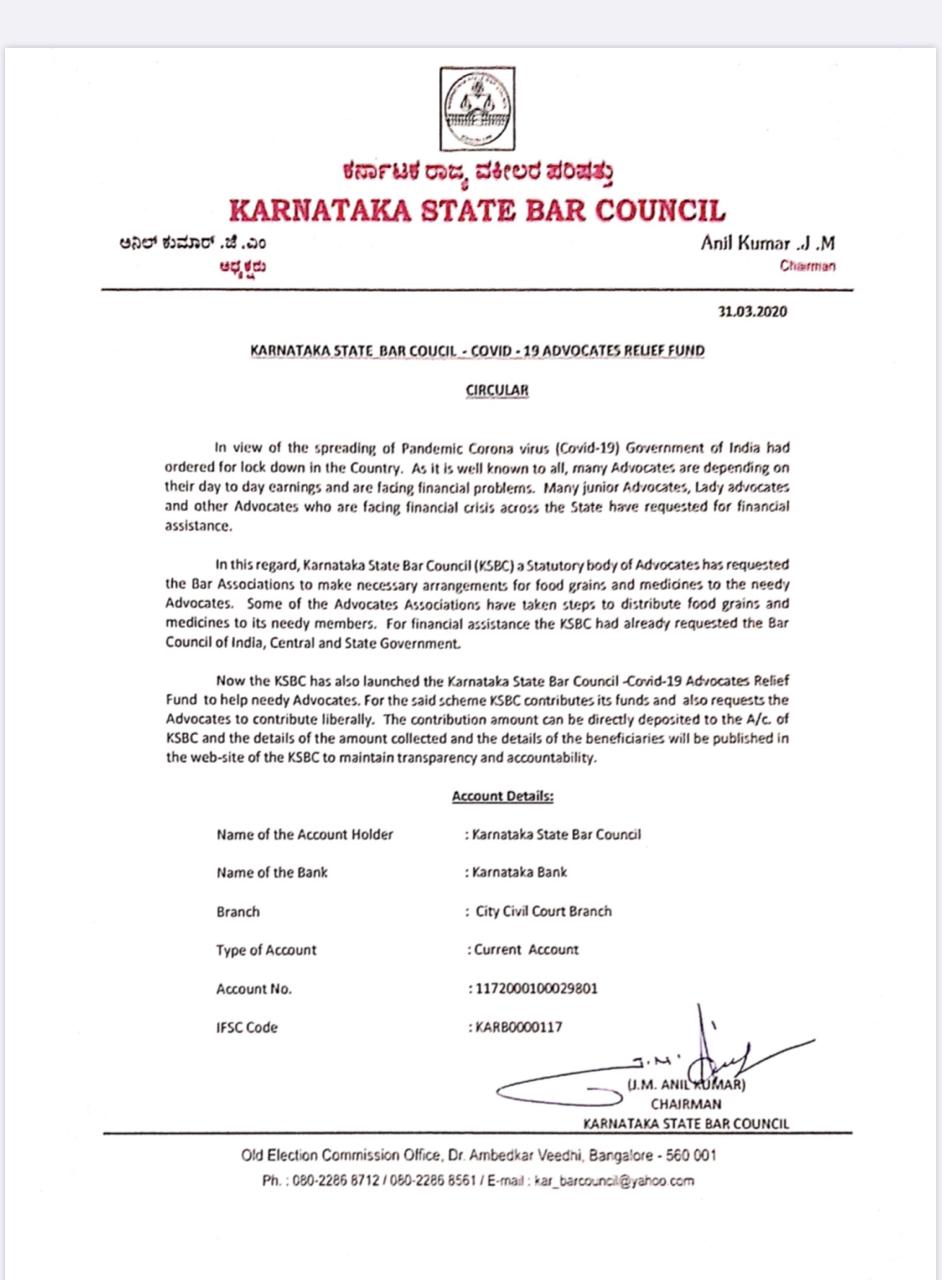