As a measure to guard against the transmission of novel COVID-19, the High Court of Punjab and Haryana has issued an order stating that, Advocates may submit their request for adjournment of cases listed on Monday, March 16, in the DRR Section of the court.

The decision was taken pursuant to representations made by the Punjab and Haryana High Court Bar Association. An adjournment slip for the same may be submitted in the DRR Section between 1pm and 5pm today, i.e. March 15.

The high court order states that the request for adjournment should also be communicated to the opposite party, and on submission of such a request the matter will be adjourned by the court master subject to an objection being raised by the opposite party.

A meeting of the Administrative Committee of the High Court, to consider the advisory issued by the GoI and WHO in wake of the outbreak of Novel COVID-19, is scheduled to be held tomorrow. 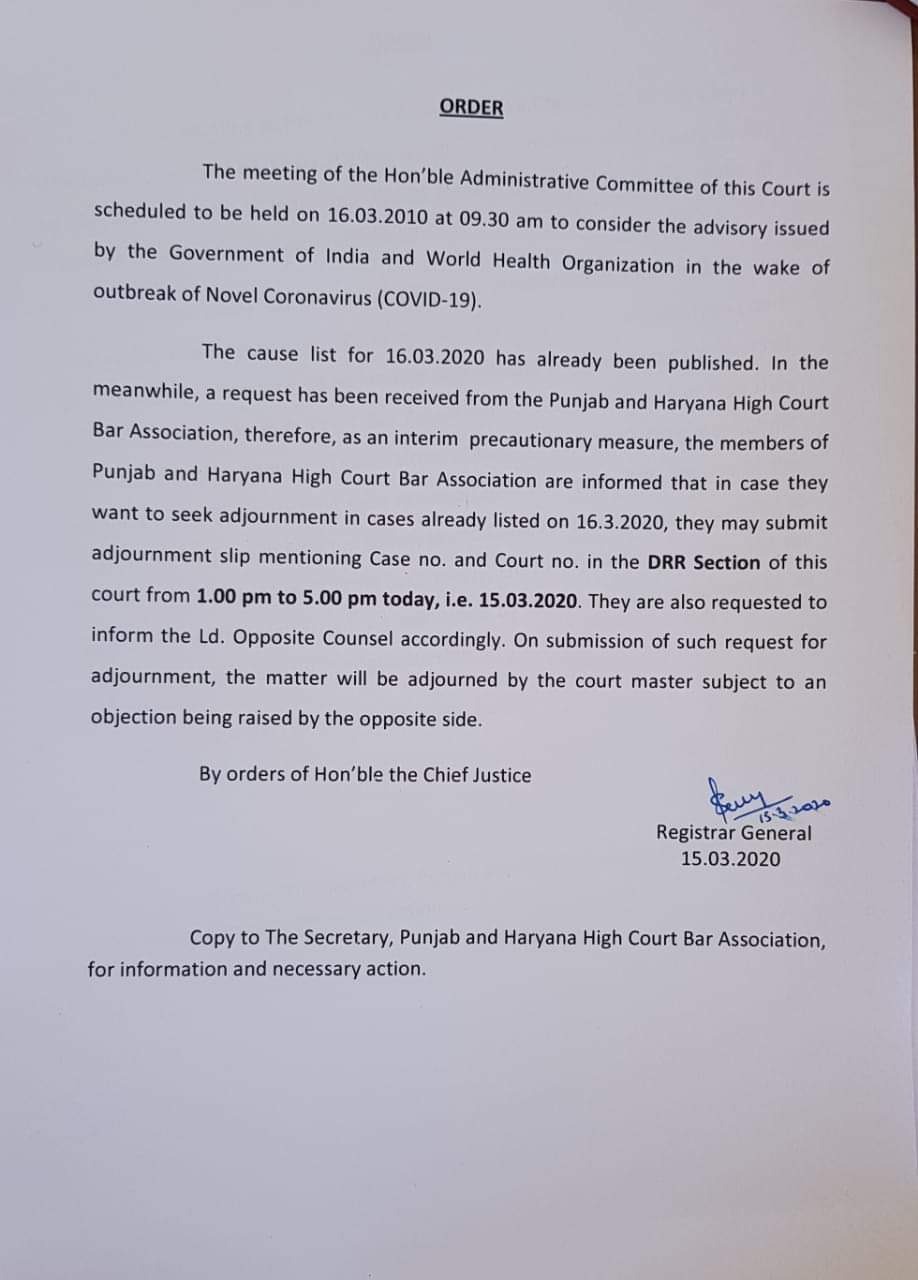