[COVID-19] Unfortunately The Rule Of Wearing Of Mask Which Is Meant For Safety Of People Needs To Be Enforced Through Coercive Measures: Tripura HC [Read Order] 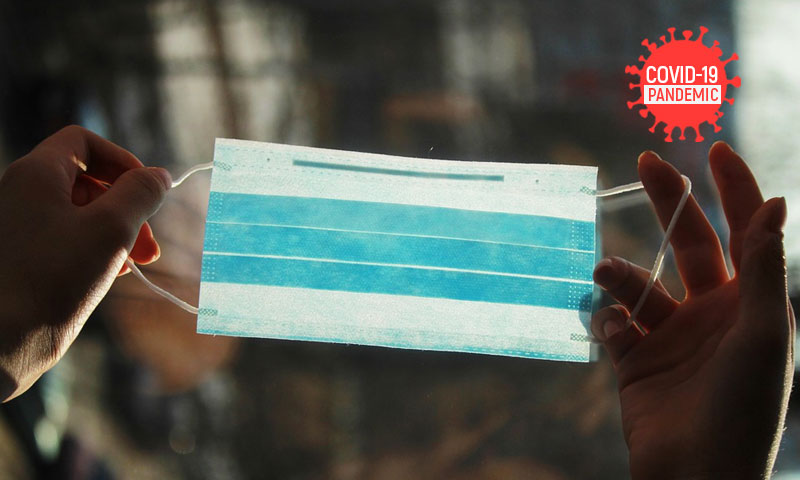 While perusing the affidavit and the accompanying documents filed by the State Government, the Tripura High Court on Monday (28th September) observed that on 18th and 19th September 2020 the State Government had carried out a special drive for violation of the directives for wearing masks in public.The Division Bench of Chief Justice Akil Kureshi and Justice S. Talapatra further observed,"It...

"It may not be possible for the administration to carry on the drive at the same level of intensity, however, we would request the State Government to ensure that the violations for not wearing masks are detected and penalty collected as per the rules and regulations."

It may be noted that the Tripura High Court on Friday (18th September) made a few observations and suggestions for the consideration of the State Government which in Court's opinion "would enable the administration to handle the Coronavirus care better."

The Division Bench of Chief Justice Akil Kureshi and Justice S. Talapatra put forth such suggestions and observations after perusing the affidavit dated 17th September 2020 filed by Dr. Subhasis Debbarma, Director to the Department of Health & Family Welfare, Government of Tripura in response to the Court's order dated 11th September 2020.

The Court observed that by all accounts maintenance of social distancing and wearing of masks in public are the two most effective measures to stop the spread of the virus. This cannot be the sole responsibility of the administration.

Further, the Court was of the view that the members of the public also must be conscious and responsible.

Most importantly, the Court observed,

"It is unfortunate that a measure, such as wearing of the mask which is simple and which is meant for the safety of the person himself or herself, needs to be enforced through coercive measures. Unlike the safety measures, such as wearing a seat belt in a car or helmet on a two-wheeler, the person breaching the rule of wearing a mask in public not only exposes himself or herself, but also other members of the society by being careless." (emphasis supplied)

"We can only request the members of the public to aid the efforts of the administration by being more responsible and wear masks in public, particularly at congested public places like markets."

The Advocate General informed the court that there is a drop in the number of testing primarily because the Government has decided to stop testing every person landing at the airport, railway station as well as in the international borders, which was previously done.

To this the Court said,

"This may be a matter of Government policy with respect to which we have no comments to offer. However, if on account of this policy decision the testing capability of the Government has been spared, should it not be diverted for testing other members of the public which will give a better assessment to the administration about the current status of the coronavirus in the State. We would request the Government to consider this aspect."

Notably, the Central Expert Team had visited the State Government and during a weeklong stay had inspected the coronavirus treatment centres and had submitted a report, a copy of which was supplied by the Advocate General to the Court.

The Court noted that this report has made various suggestions and recommendations for improvement of the coronavirus treatment.

The Court was informed that the State Government has already initiated steps for implementing the recommendations of the committee.

To this, the Court directed the State to file an action taken report on the next date of hearing.

Further, the Court requested the Government to form a team of senior doctor/s and administrator who would periodically visit the COVID hospital, inspect the treatment and the facilities available at the centre and make recommendations and suggestions to the Government. If this is already done, the same shall be stated in the affidavit. Reports and suggestions of the team shall be shared with the Court.

Lastly, the Counsel Mr. Deb (Amicus Curiae) submitted that there were two internal reports about the quality of medical equipment, such as PPE kits which the Government had obtained.

To this the Court said,

"If there was any such inquiry leading up to the reports as suggested, the affidavit shall disclose the details thereof."

Matter has been listed for further hearing on 05th October.