COVID: Give Details Of Prisoners Lodged In Jails Who Are Liable To Be Released As Per SC Order: Gauhati High Court To State Govt 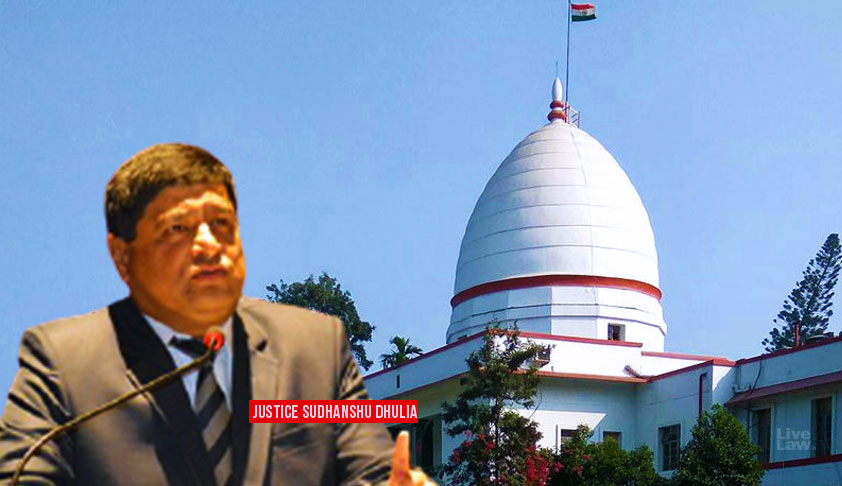 The Gauhati High Court on Monday sought details from the State Government as to the number of prisoners who are lodged in jails in Assam who are liable to be released as per the Supreme Court's order for decongesting prisons.A division bench comprising of Chief Justice Sudhanshu Dhulia and Justice Anchintya Malla Bujor Barua ordered thus:"Mr. R Dhar seeks two days' time to study the matter...

The Gauhati High Court on Monday sought details from the State Government as to the number of prisoners who are lodged in jails in Assam who are liable to be released as per the Supreme Court's order for decongesting prisons.

"Mr. R Dhar seeks two days' time to study the matter and come out with further details as to the prisoners who are presently lodged in various jails in Assam and who are liable to be released now in pursuance of the directions ofthe Hon'ble Supreme Court in the order dated 07.05.2021."

Accepting the time sought by counsel appearing for the State Government, the Court put up the matter for further hearing on May 19.

Taking note of the surge of the second wave of COVID pandemic, the Supreme Court bench comprising Chief Justice of India NV Ramana, Justices L Nageswara Rao and Surya Kant had vide order dated May 7 passed a slew of directions to de-congest prisons in the suo moto case In Re Contagion of COVID Virus In Prisons.

The Supreme Court held that authorities should not make arrests in violation of the guidelines laid down in the Arnesh Kumar case, which had held that arrests should be an exception in cases where the offences are punishable with less than 7 years imprisonment. Moreover it also directed High­ Powered Committees constituted by the State Governments/Union Territories to consider release of prisoners by adopting the guidelines (such as inter alia, SOP laid down by NALSA) followed by them last year, at the earliest.

The Gauhati High Court had last week directed the State Government to give details of the mothers, declared as foreigners, who are presently in jails with their children below 6 years and the period for which they have been put in jails within 48 hours.

During the previous course of hearing, reviving the suo moto writ petition instituted last year, the High Court had sought details from Jail Authorities with regards to the children lodged inside jails in Assam in view of rising covid 19 cases in the State.

The High Court had vide order dated 23rd July 2020 registered the suo moto petition in view of the repeatedly reported number of Covid-19 positive cases detected inside the jails in Assam.

The High Court had then directed the Inspector General of Prisons, Assam to state details about the number of Covid-19 positive detected in each of the jails, precautions taken before the inmates were detected Covid-19 positive and the steps being taken for disinfecting the jails and giving treatment to the jail inmates.

Reviving the aforesaid suo moto petition on April 29, the High Court had directed the State Government to file new data on record in view of the second Covid wave and covid positive cases inside the jails.