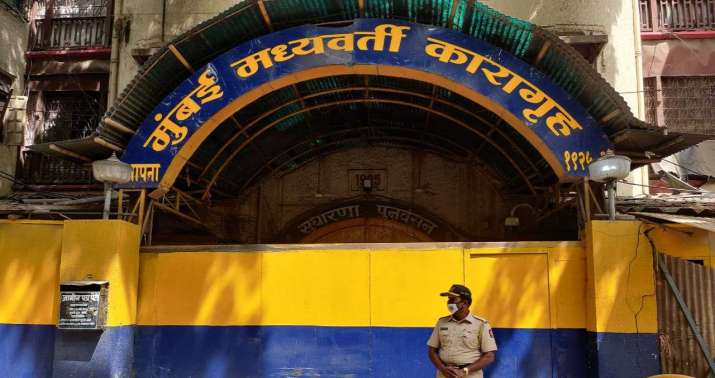 In a bid to decongest overcrowded prisons in the State of Maharashtra and therefore prevent the spread of coronavirus in the prisons, the Bombay High Court has directed all the Judicial Magistrates to pass an order on applications seeking transfer of an inmate within 48 hours of the application being filed. A division bench of Chief Justice Dipankar Datta and Justice GS Kulkarni...

In a bid to decongest overcrowded prisons in the State of Maharashtra and therefore prevent the spread of coronavirus in the prisons, the Bombay High Court has directed all the Judicial Magistrates to pass an order on applications seeking transfer of an inmate within 48 hours of the application being filed.

A division bench of Chief Justice Dipankar Datta and Justice GS Kulkarni was hearing a suo motu public interest litigation on the issue, which the court took up based on media reports indicating close to 200 inmates and over 80 prison staff across various prisons had tested positive for coronavirus recently.

There were 249 active covid cases among prison inmates and 97 active cases among staffers as of April 18, 2021. Yerwada Central prison is the most populated 6170 prisons despite an official capacity of merely 2449 inmates.

"Having regard to the critical situation prevailing now and in order to ensure that under-trial prisoners lodged in various correctional homes of the State may be required to be shifted to less-crowded correctional homes to achieve equal distribution, and thereby decongest the over-crowded correctional homes, the State may proceed to decide on shifting some of such prisoners based on cogent reasons and we have no doubt in our mind that if an application is made before the relevant Magistrate in this behalf with relevant particulars, such application shall be considered on its own merits as early as possible and preferably within 48 hours of receipt of such application, in accordance with law," reads the order passed by the bench on April 22, 2021.

The direction was passed after Senior Advocate Mihir Desai, appearing for NGO People's Union for Civil Liberties, submitted that transferring inmates from crowded prisons to lesser crowded ones could be a good option. Advocate General Ashutosh Kumbhakoni informed the court that such transfers required judicial orders from the concerned lower court.

He cited the case of (2012) 13 SCC 192 (State of Maharashtra & Ors. vs. Saeed Sohail Sheikh & Ors.). As per the data provided by the State to the HC during the earlier hearing, the population of all the prisons across the State stood at 35,124 as against the capacity of 23,217, despite implementing last year's orders of the Supreme Court, Bombay HC, and lower courts to decongest the prisons, owing to fresh arrests and conviction orders.

The High Powered Committee in their last meeting, in May 2020, anticipated that a total of 17,642 prisoners would be released if their guidelines were followed. The total number of prison inmates was 35,239 at the time.

During the same hearing, the bench had asked the State to send inmates aged 45 years and above for vaccination immediately upon arrest, if not already vaccinated. The court also issued a direction that any person be tested immediately after his/her arrest and be sent to a permanent prison only if the report shows the person as negative for coronavirus. If the report shows the accused as positive for coronavirus, then, he/she shall be sent to the concerned temporary prison.

"Henceforth, immediately upon arrest of an individual on the ground that his complicity in a crime has transpired, the arresting police officer and the officer-in-charge of the police station to which such arresting police officer is attached shall arrange for Rapid Antigen and RT-PCR tests of such arrested accused and if, within a few days of receipt of the report he is remanded to judicial custody, he shall not be lodged in the correctional homes unless the report shows that the virus in him was not detected, or that it is a negative report. In case the arrested accused tests positive, he shall be lodged in the temporary prisons/Covid Care Centres," the bench had said.

The court also directed that video conference facility should be used for producing the accused before the concerned courts and therefore, it was desirable that the time/frequency of inmates being allowed to talk to their family members over the telephone be increased from once a week to twice a week.

The court had also sought data on crimes committed after the State's Government Resolution termed as "Break the Chain" dated April 13, 2021. However, the data submitted by the Advocate General pertained to crimes committed during the years 2020 and 2019. The court, therefore, granted more time to the AG to submit relevant data. The bench will now hear the case on April 27, 2021.

Recommendations by People's Union for Civil Liberties to be considered by the State.

-More educational institutions need to be requisitioned for use as temporary prisons, especially in Mumbai, Pune, Nasik, and Kolhapur where the number of new positive cases and overcrowding is very high. Telephone facilities to be provided at these places.

PRAYAS (a unit of Tata Institute of Social Sciences, Mumbai) made the following recommendations :

Magistrates aren't releasing Undertrial prisoners on PR Bonds, despite references by the Under Trial Review Committees,

The Under Trial Review Committees (UTRC ) should regularly monitor the list of UTs eligible for release as per the recommendations of the High Powered Committee and receive regular updates on actual releases.