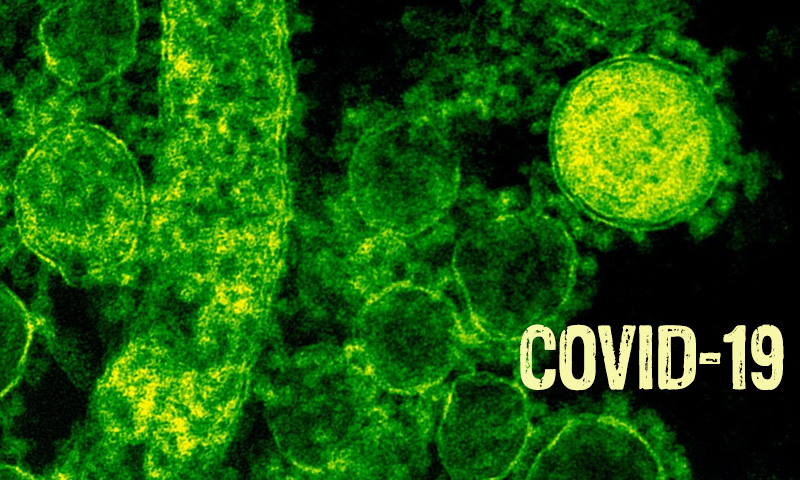 The Gujarat High Court Advocates Association has moved an intervention application in the High Court seeking issuance of proper and effective guidelines issued to the Government of Gujarat so that the effects of the pandemic can be assuaged on the citizens by ensuring a rational government action. The plea states that it is of utmost importance to ensure that proper guidelines are framed so...

The Gujarat High Court Advocates Association has moved an intervention application in the High Court seeking issuance of proper and effective guidelines issued to the Government of Gujarat so that the effects of the pandemic can be assuaged on the citizens by ensuring a rational government action. The plea states that it is of utmost importance to ensure that proper guidelines are framed so that public resources are also available to all sections of society.

"The Applicant states that the need to intenvene and assist this Hon'ble Court is to further public interest inasmuch as thousands of people are suffering due to the pandemic in inequitable distribution of public resources. It is now beyond pale of doubt that existing resources and infrastructure available both publicly and privately, are unable to cope up with spread of Covid-19 and therefore, it is utmost necessary that proper guidelines are framed so that public resources are also available to all sections of society. It is also becoming clear that "more-of-the same" approach of curbing and managing the spread are not going to work this time around."

Highlighting the "lack of vision and reasoning" in government action for handling the outbreak, the plea relies on a news item published by Times of India dated 12th April 2021 stating that professor Indirani Banerjee unfortunately lost her life as she was denied admission merely because she came in a private vehicle and not the EMRI ambulance.

"The rule cannot be inflexible to the extent that patient is denied medical treatment and she loses life. Such inflexible rules of Government of Gujarat demonstrate lack of vision and rational and it is this vital aspect which needs attention of this Hon'ble Court." Plea states.

Addressing the issue of misinformation by media by means of mass communication, the plea states that it should be ensured that true, correct and accurate information is proactively put out regularly and by bulletins issued at the highest level.

Highlighting this, the plea states:

"The Applicant states that for 'spreading information' on urgent basis, Government of Gujarat shall develop a Portal that gives accurate information on real time basis about hospitals and stock of medicine and resources including stock of oxygen for treating the Covid-19 patients available with them for every district. This data should be updated on real-time basis. At this stage, kind attention of this Hon'ble Court is drawn to https://ahna.org.in/, a portal that gives information about availability of beds in each Hospital treating Covid-19 patients as at 9.30 a.m. This information serves no purpose as the data is not accurate as it is at least 24 hours old and at any rate, it shows the information/data at 9.30 a.m. on each date"

It has also been submitted that the State Government should use Video-call facility in public hospitals so that more number of patients can be catered or attended by Doctors serving at Public Hospitals.

Adding that there are various instances where doctors were seen charging exorbitant prices for treatment, the plea adds thus:

"The Applicant states that although Doctors& stake holders in hospitals are also citizens of India and have a fundamental right to carry on their profession & business as guaranteed under Article 19(1)(g) of Constitution of India, but given the enormity of the prevailing situation, at least for 15 days or one month, the fees charged by Doctors& hospitals may be prescribed with outer limit." The plea reads.

Furthermore, it has also been stated that a protocol should be made wherein Rapid or Antigen test should be conducted and patient should be advised to go for RT-PCR test only if the case suggests so.

The plea also suggests that public premises like schools, halls etc must be used as isolation wards with basic amenities so that patients with no basic infrastructure for them can isolate themselves at such places.

"The State Government must constitute a a body consisting of eminent people with knowledge of virology and public health. With due deference to Executives of State Administration, they are not experienced to deal with pandemic which is otherwise rare phenomena. There is a feeling amongst public at large that presently, Covid-19 related decisions are taken by Politicians and Executive Officers who have no past experience either in handling pandemic situation or situations akin to it relating to public health. It is suggested that the State Government should pay heed to advice/opinion of experts who are adapt in dealing with communicable deceases, rather than paying heed to the views of those who are involved in Executive branch of the government." The plea reads.

The applicant seeks the following prayers:

- Allow this Civil Application by permiting the Applicant herein to be impleaded as party respondent in the proceedings of Writ Pettion (PIL) No. 53/2021 in the interest of justice.

- Your Lordships may issue suitable directions as suggested above so as to formulate effective guidelines to arrest spread of pandemic on a war-footing.

- Any other and further order that may be pleased to issue in the interest of justice.