'Akbar Went After Ramani As She Was A Soft Target & Did Not Go After Other Women As He Was Afraid' : Rebecca John Argues On Final Day 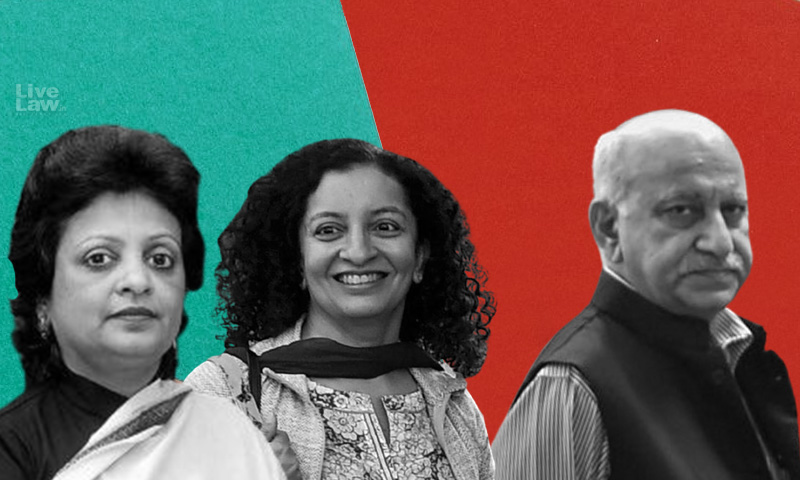 x
The Court has reserved judgment for February 10

A Delhi Court on Monday reserved judgment in the criminal defamation case filed by former Union Minister Mr. M.J. Akbar against journalist Priya Ramani. Additional Chief Metropolitan Magistrate, Ravindra Kumar Pandey will deliver the judgment on 10th February 2021 at 2:30 PM in a physical court, in the presence of both the parties. The long courtroom battle in the matter was finally put on...

Additional Chief Metropolitan Magistrate, Ravindra Kumar Pandey will deliver the judgment on 10th February 2021 at 2:30 PM in a physical court, in the presence of both the parties.

The main crux of today's hearing involved Ms. John refuting three major arguments put forth by Ms. Luthra in her rebuttal. First, on the issue of alternative defence of public good; Second, on the alleged tampering of evidence by the deletion of her twitter account and Third, on discharging the burden of proof.

Ms. Rebecca John began her arguments by submitting that the tweet made by Ms. Ramani about Mr. Akbar's resignation as Union Minister in 2018 has got nothing to the defence taken by her in relation to the events that happened in 1993.

Moreover, she went ahead to argue that the rest of the tweet saying "Men in high positions who commit acts of sexual harassment at workplace" was in fact made in public good representing a larger picture.

"The rest of the tweet falls within my defense of public good. It cannot be anyone's case that men in high positions are entitled to sexually harass their subordinates." She submitted.

Thereafter, she went ahead to argue that the onus of proof on the accused to exercise due care and caution was a limited one.

"The onus on me is only the onus of due care of caution to be exercised by a "reasonable man" in "reasonable circumstances". It is not a full proof or thread bare onus which requires me to call the Ministry of External Affairs or PRO." John said.

John also said that Akbar was following a "selective prosecution"  by filing a criminal defamation case only against Priya Ramani while leaving other women like Ghazala Wahab and Pallavi Gogoi who had levelled graver charges of sexual harassment and rape respectively against him.

John submitted "Isn't that a graver charge for criminal defamation? Why Ms. Priya Ramani? You have the right to pick and chose but you need to prove it to the court that this was done due to x and y reasons. Mr. Akbar went after Ms. Ramani as she was a soft target and did not go after other women because he was afraid."

In view of this, John argued that such selective prosecution leads to a chilling effect on other women to come forward to speak about sexual harassment committed to them at their workplace.

"His only objective was to silence Ms. Ramani and other women so that they couldn't get appropriate relief from the court." John argued. 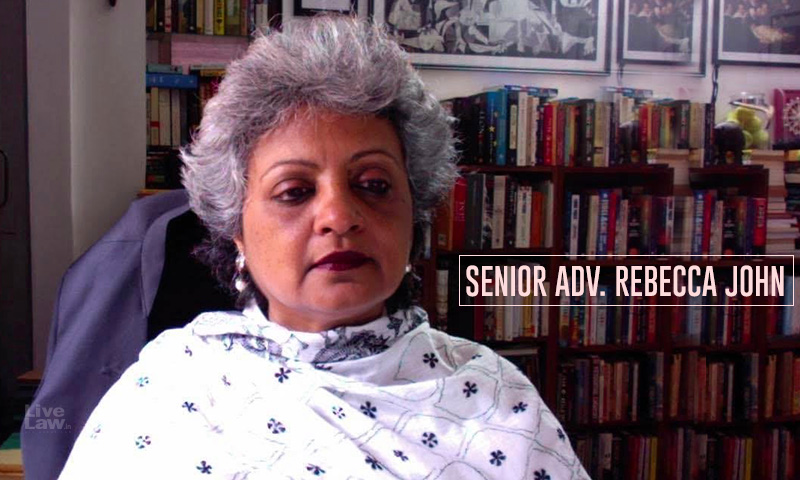 Thereafter, addressing the issue of alleged tampering of evidence by deletion of twitter account, Ms. John submitted that Ms. Priya Ramani had not deleted but only deactivated her account. It was a private relationship between Twitter and the user, Ms. Ramani. It was also argued that the complainant had neither filed any application nor had the court compelled her to reactivate her account while the proceedings were going on.

Ms. John concluded her rebuttal arguments by addressing the final issue of onus of proof which was passionately argued by Ms. Luthra in her rebuttal.

John relied on the judgment of the Pepsu High Court in the case of TG Goswami v. State dated 03.03.1952 reiterating the principle of standard of proof in defamation cases.

"The onus of proving the case beyond reasonable man is on them and not me. I have proved my case on the basis of preponderance of probabilities. This is not the case of no evidence. It is the case of overwhelming evidence which favors the accused. I have brought affirmative evidence (DW1 and DW3) to contest complainant's reputation." She argued.

Ms. John concluded her arguments by submitting that the arguments put forth by Ms. Luthra on behalf of the complainant are "farcical and devoid of any merit" and therefore requested the court to acquit Ms. Ramani in the matter.

ACMM Ravindra Kumar Pandey while reserving the date of judgment for 10th February 2021 asked the parties to file additional written statements within 4 days if they so desire.