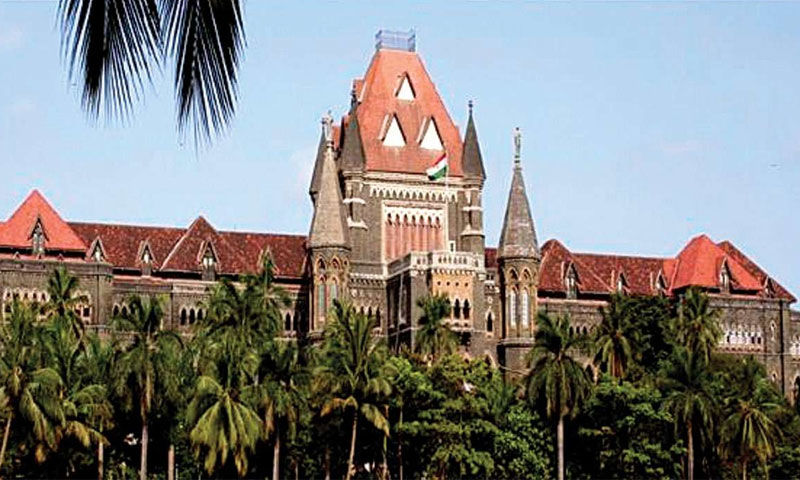 On Wednesday, the Bombay High Court authoritatively ruled that a daughter could present a petition challenging the validity of her parent(s)' second marriage. A Division Bench of Justices VG Bisht and RD Dhanuka interpreted clause (b) of the Explanation appended to Section 7 to hold that a daughter has every locus to bring in question the validity of her father's marriage. It...

On Wednesday, the Bombay High Court authoritatively ruled that a daughter could present a petition challenging the validity of her parent(s)' second marriage.

A Division Bench of Justices VG Bisht and RD Dhanuka interpreted clause (b) of the Explanation appended to Section 7 to hold that a daughter has every locus to bring in question the validity of her father's marriage.

"Having regard to the Objects and Reasons of the Act vis-a-vis literal construction of Clause (b) under Explanation, in our considered view, the appellant has every locus to bring in question the validity of marriage of her father with the respondent and as also respondent's status."

The Bench pronounced judgment in an appeal against a Family Court's dismissal of a woman's petition (appellant) against her father's second wife. The appellant filed a petition questioning the validity of the respondent's marriage to the appellant's father. Her father, a wealthy industrialist, married the respondent after the death of the appellant's mother.

The Family Court had rejected the petition stating that the appellant had filed suits against the respondent before the High Court at earlier instances. Applying Rule 2, Order II of the Civil Procedure Code, the Family Court opined that the appellant had relinquished her right to claim the relief of nullity of marriage as against the respondent when she filed her suits in the High Court. Therefore, she could not claim the relief before the Family Court, it was ruled.

Order II of Code of Civil Procedure 1908 "Suit to include the whole claim"
Rule 2: Relinquishment of part of claim- Where a plaintiff omits to sue in respect of, or internationally relinquishes, any portion of his claim, he shall not afterwards sue in respect of the portion so omitted or relinquished.

The appellant averred that the respondent married her father claiming to have divorced her first husband while in fact the divorce documents were doubtful.

She additionally contended that the respondent took undue advantage of her father's mental ailments, infirmities and unsoundness of mind, married him, and then unduly influenced him with the motive of siphoning his properties. Her father passed away in 2015, the Court was informed.

Opposing the petition as well as the grounds of appeal, the respondent asserted that the appellant did not possess the required legal standing (locus standi) to assail her father's marriage. To buttress this submission, her counsel propounded that the Family Courts Act allowed only parties to a marriage to assail the validity of marriage.

After an analysis of Section 7 of the legislation and its attendant explanation clauses, the Court took specific notice to clause b.

Whereas Clause (a) expressly specified the Family Court's jurisdiction to encompass suits between parties to a marriage in respect of nullity of marriage, restitution of conjugal rights etc, Clause (b) made no such stipulation.

The explanation, along with clauses (a) and (b), reads as below:

Explanation: The suits and proceedings referred to in this sub-section are suits and proceedings of the following nature, namely:— (a) a suit or proceeding between the parties to a marriage for a decree of nullity of marriage (declaring the marriage to be null and void or, as the case may be, annulling the marriage) or restitution of conjugal rights or judicial separation or dissolution of marriage; (b) a suit or proceeding for a declaration as to the validity of a marriage or as to the matrimonial status of any person;

"To note that Clause (b) is widely couched to encompass in its ambit and include the proceeding of the nature referred to regarding declaration of the validity of the marriage or it could be for a declaration of the matrimonial status of any person, would be a but fair comment."

After a discussion of the Statute's Objects and Reasons, the Court declared that as per a literal construction of Clause(b) the appellant possessed the necessary locus to move the petition.

As to the question of jurisdiction, the Court found that the Family Court had erred in applying Order II, Rule 2 to the case at hand.

Referring to the statute, the Court asserted that a Family Court was intended to possess exclusive jurisdiction of matters connected to matrimonial relief. Stating that Section 8 of the Family Courts Act denuded the High Court of its authority to grant reliefs relating to marriage etc, the Court opined that the question of Order II, Rule 2's applicability did not arise even remotely. This was especially as the previous suits were filed before the appellant discovered the alleged irregularities in the respondent's divorce documents

"In our view, since in view of Explanation (b) to Section 7(1) of the Act, the reliefs sought in the proceedings filed before the Family Court could not have been granted by the Civil Court in the suits filed by the appellant, question of applicability of Order 2 Rule 2 did not arise even remotely."

With these observations, among others, the Court remanded the matter back to the Family Court for a fresh decision on the validity of marriage. Expressing that the matter was to be decided expeditiously, preferably within six months, the appeal was allowed.