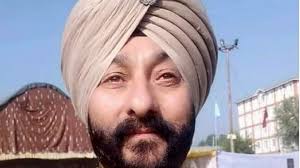 A Delhi Court on Friday granted bail to suspended Jammu and Kashmir DSP Davinder Singh, arrested in January for accompanying two Hizb-ul-Mujahideen terrorists in a vehicle bound for Delhi, in another terror-related case.

The DSP was arrested in March on a FIR by the Special Cell of Delhi Police for the alleged commission of offences under Section 18 of UAPA and Section 120-B IPC. PTI has reported that he used to chat with other co-accused and militants of Hizbul Mujahideen through various internet platforms and that the case was related to the "planning and execution of terror attacks in Delhi and other parts of the country".

The FIR also mentioned the mafia's D Company and Chhota Shakeel. According to the FIR, Delhi Police's Special Cell had received an input that the D Company, run by fugitive Indian underworld kingpin Dawood Ibrahim, is funding pro-Khalistan terrorist organisations in Punjab.

Before the ASJ, it was pleaded on behalf of Singh and co-accused Irfan Shahi Mir that they have been falsely implicated in the case, that the statutory period of 90 days has expired and neither the chargesheet has been filed nor an extension of the period of investigation has been sought under section 43D, UAPA, and hence, they are entitled to default bail.

"Considering the fact that despite the lapse of the statutory time limit to complete the investigation, chargesheet in the instant matter ha not been filed till date, both the accused are entitled to be released on bail on furnishing bond in the sum of Rs. 1 lakh each with two sureties each in the like amount", ordered the Judge.

Reportedly, the instant case in which Singh has been granted bail is a Delhi Police terror case unrelated to the ferrying of the militants, which is being handled by the NIA, and for which Singh remains in custody.